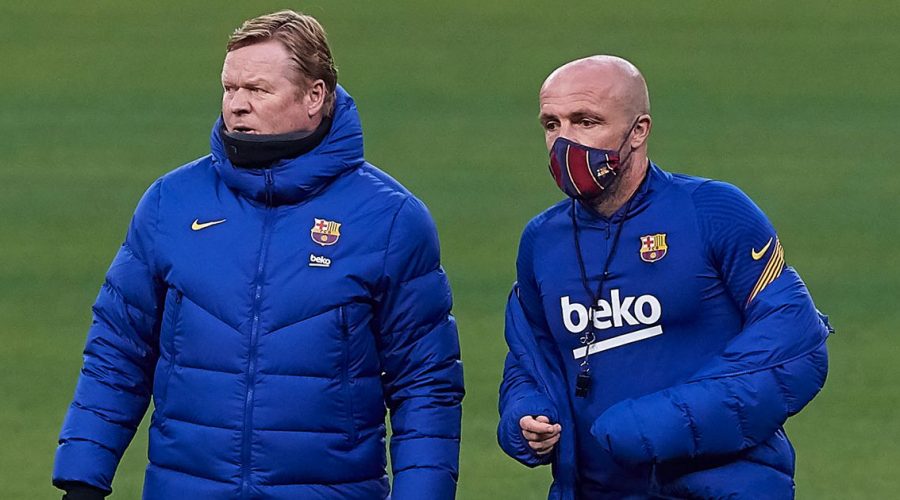 Erik ten Hag's replacement at Ajax has been announced as Alfred Schreuder, the man who worked alongside Ronald Koeman during his failed spell as Barcelona boss.

Schreuder, 49, has signed a two-year contract to take over the Eredivisie club's reins from incoming Manchester United manager Ten Hag. The Dutchman has worked mostly as an assistant manager, including as right hand man to Koeman until he was sacked after just 14 months in charge of Barca last October.

He also spent the 2018-19 helping Ten Hag at Ajax, during which time they reached the semi-finals of the Champions League and completed a league and cup double.

Ajax chief executive Edwin van der Sar said: "We know Alfred as a tactically strong coach with good and versatile exercise material. These last years he has gained experience as a head coach and as assistant coach at top clubs in various countries and competitions.

"We have a lot of faith that he will give a good continuation to the path we have chosen at Ajax these last years. In both the Eredivisie and the UEFA Champions League."

Schreuder has been in charge of Belgian side Club Brugge since January after their manager Paul Clement left to join Monaco. He has lost just two games and they're on track to claim the title with two games to play.

Where will Man Utd finish under Ten Hag next season? Let us know in the comments section.

His previous spells as a manager weren't as successful, though. After four years as assistant to Steve McClaren, he made the step up at Twente in 2014.

But he was sacked the following season after picking up just one point in the opening four games. He returned to being second in command at first Hoffenheim and then Ajax, before taking over from Julian Nagelsmann at the former in 2019.

However, he lasted less than a year as their manager before being sacked and linking up with Koeman. He will be inheriting a title-winning squad at Ajax after Ten Hag's side secured the trophy with a game to spare on Wednesday (May 11).

May 13, 2022 Soccer Comments Off on Erik ten Hag’s Ajax replacement was assistant to doomed boss Koeman at Barcelona
NFL News