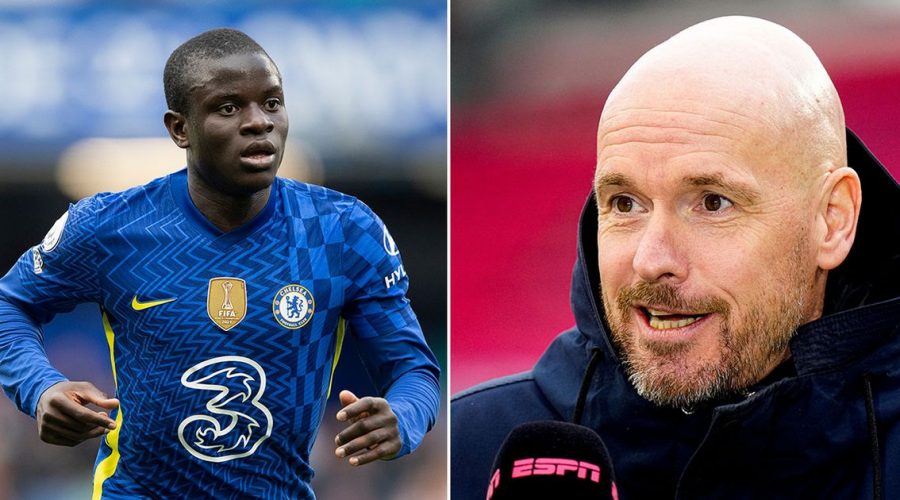 Kante, 31, has been at Stamford Bridge since leaving Leicester in 2016 but has just one more season on the five-year contract extension he signed in 2018 – which is thought to have boosted his wages to £290,000 per week.

United could pounce on uncertainly regarding his future with a summer bid, which is said to be in thoughts of Ten Hag ahead of his switch from Ajax following their Eredivisie triumph earlier this month.

The Mirror report that Ten Hag wants to rebuild United – with Kante at the heart of those plans.

The club are said to be in agreement, and believe that the tough tackler is an attainable target who would help inspire younger players.

Chelsea boss Thomas Tuchel said earlier in the month that he was keen to resolve the futures of both Kante and his team-mate Jorginho before the summer comes to an end.

HAVE YOUR SAY! Where will Man Utd finish in the Premier League next season? Tell us in the comments section below

He said: "Nobody wants that with big players and important players nowadays.

"It's a wish as a coach that we solve this in the summer in any way, that we solve it and it's clear where the journey is and what the decision is. Yes, this is the wish.

"(If not) we have the same talks that we have had about Toni (Antonio Rudiger) and Andreas (Christensen). You just swap the names."

Ten Hag is looking to drag United back into title contention following a dismal campaign under Ole Gunnar Solskjaer and Ralf Rangnick.

The 52-year-old said when his move to the club was confirmed: "It is a great honour to be appointed manager of Manchester United and I am hugely excited by the challenge ahead.

"I know the history of this great club and the passion of the fans, and I am absolutely determined to develop a team capable of delivering the success they deserve."