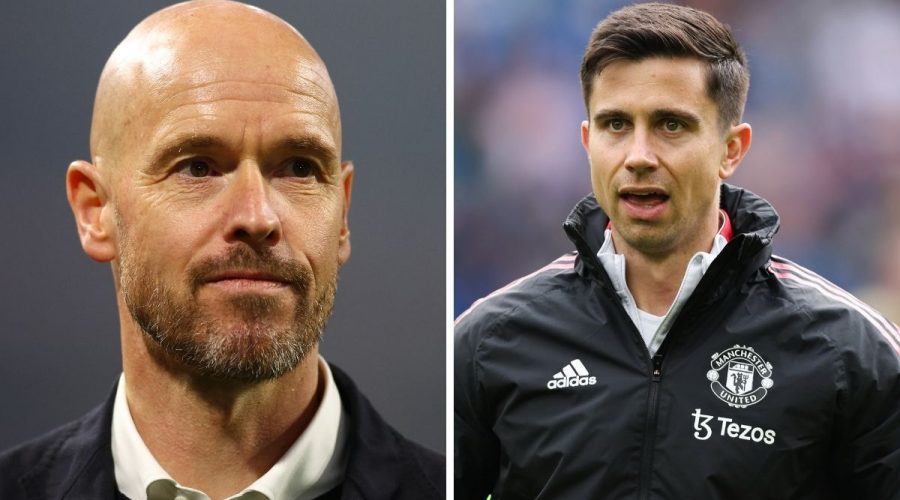 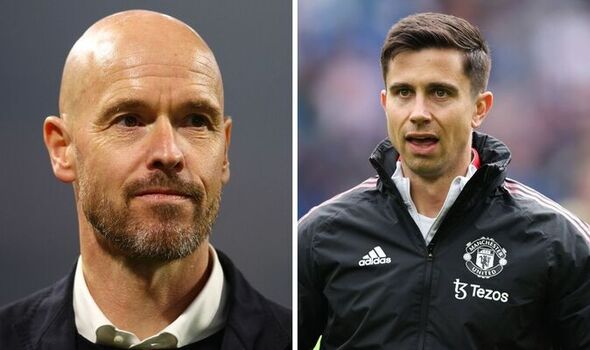 Manchester United will have a near complete reshuffle of their coaching staff when Erik ten Hag arrives, but the Dutchman has reportedly made it clear he wants Eric Ramsay to stay at the club. Ten Hag has been tasked with turning things around at Old Trafford after what has been yet another frustrating campaign for United.

There were high hopes the club were heading in the right direction under Ole Gunnar Solskjaer following their second-placed finish last season. The signings of Jadon Sancho, Raphael Varane and Cristiano Ronaldo also had some United fans dreaming of a potential title challenge.

But the good mood from the transfer window quickly dissipated with Solskjaer dismissed in November. Ralf Rangnick was initially able to steady the ship after arriving as the interim boss, but that was only temporary with United now unable to secure Champions League football for next season.

Several players will be leaving with their contracts coming to an end while others face serious questions on their futures. Ten Hag will arrive next month to begin his overhaul of the playing squad, but he’ll also make some big changes behind the scenes.

JUST IN: Man Utd have four players Erik ten Hag is convinced he can improve

According to the Telegraph, Ten Hag met with United football director John Murtough this week to discuss ‘short and long-term planning. Alongside Ten Hag was Mitchell van der Gaag and Steve McClaren, both of whom are set to join the United coaching staff.

But United also asked Ten Hag to keep one particular United coach already in place. And Ten Hag has reportedly decided to keep on Ramsay, who joined last year as the club’s set-pieces coach.

Ramsay arrived at United having already gained experience at Shrewsbury Town, Swansea and Chelsea. He’s set to be one of just a few coaches currently at United to carry on under Ten Hag.

The 52-year-old will take charge of his final Ajax game today after sealing the Eredivisie title earlier in the week. And there’s been some reports indicating Ten Hag could head to London next week to watch United’s final league game of the season against Crystal Palace.

The Red Devils still have plenty to play for in their final game next week with Europa League football not secured. West Ham face off against Manchester City today and a win for the Hammers would see United drop into the Europa Conference League spot.