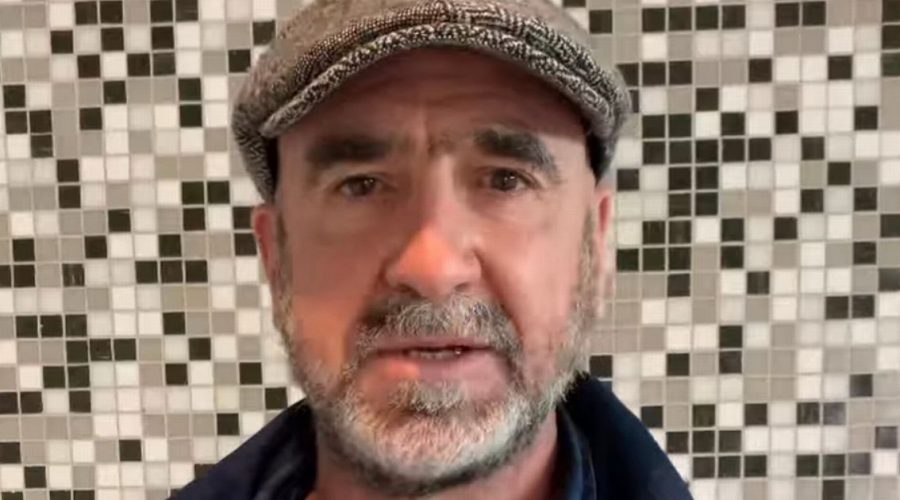 Eric Cantona has announced himself as the new manager of Manchester United in a video on social media – and the club's fans want it to be true.

The Red Devils are on the hunt for a new manager after Ole Gunnar Solskjaer was sacked last weekend following a 4-1 defeat away to Watford on Saturday.

United announced their intentions to appoint an interim manager until the end of the season before installing a new permanent boss next summer.

That interim manager is understood to have been found, with reports stating that the club have agreed to appoint Ralf Rangnick on a six-month deal.

However, Cantona had already announced himself as the club's new boss in a video he uploaded to his Instagram account on Thursday afternoon.

Cantona captioned the 12 second clip "Breaking news!" as he appeared in a flat cap speaking to the camera.

“I would like to tell you in exclusivity, that I am the new manager of Manchester United.

“I will tell you later the name of my great staff. See you soon.”

Who will be the next permanent manager of Manchester United? Let us know in the comments section below.

United fans loved the announcement with many wishing that Cantona was indeed becoming the club's new manager.

One supporter reacted on Twitter by saying: “King Eric at the wheel."

Another fan added: “The King has spoken, just turn up and take over.”

Meanwhile, a third United fan joked that he should install Roy Keane as his assistant, tweeting: “Cheered all us Reds up. Cheers Eric. Now announce Keano as your number two”

Cantona spent five years at Old Trafford as a player after signing from rivals Leeds United in 1992, before retiring aged just 31 in 1997.

During this period, the Frenchman made 180 appearances for the club, scoring 81 goals in the process.

In addition to his four league titles, Cantona also won the FA Cup on two separate occasions with United.

However, he has never managed a club since retiring, with his only permanent role back in football being as sporting director for the New York Cosmos in 2011.