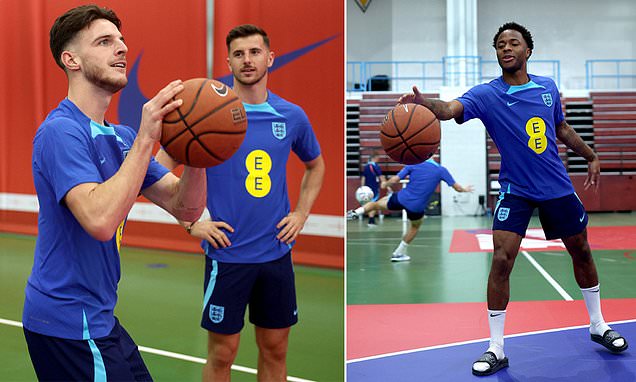 Another three points for England? Gareth Southgate’s jubilant stars try their hand at basketball as Declan Rice, Mason Mount and Raheem Sterling enjoy some downtime ahead of next World Cup game against USA

England fans will be hoping that Gareth Southgate’s men don’t give up the day job after they were pictured shooting some hoops during some downtime on Wednesday.

Declan Rice looked to be in his element as he attempted a three-pointer while best mate and Three Lions team-mate Mason Mount watched on.

Southgate has given his England stars some time to relax after putting them through their paces on Tuesday ahead of their game with the USA on Friday. 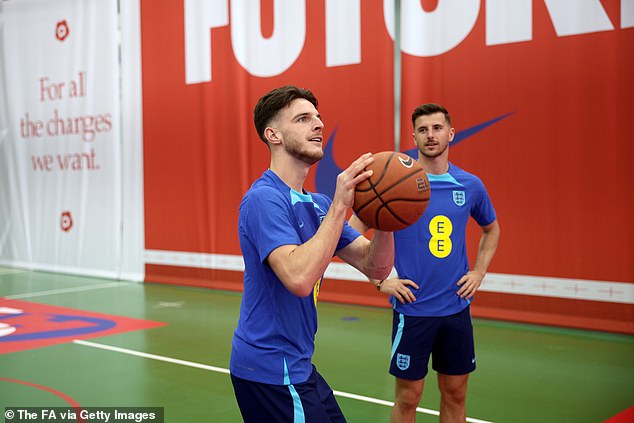 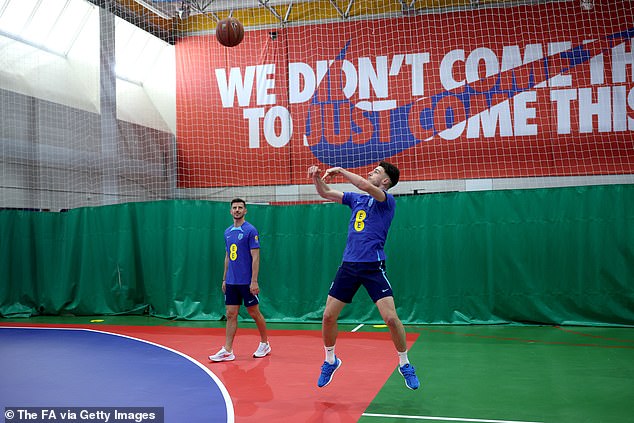 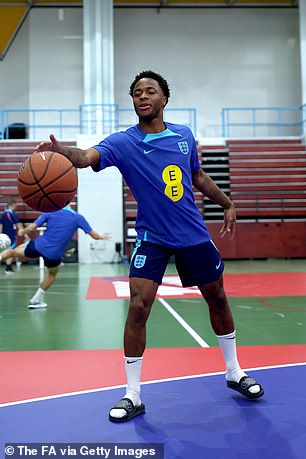 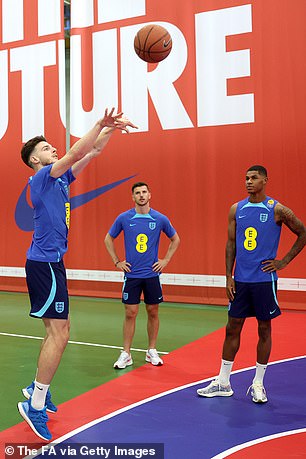 Marcus Rashford, Callum Wilson and Raheem Sterling also shared a laugh with Rice and Mount on the court, with the England stars clearly in high spirits following their dominant 6-2 win over Iran on Monday.

It has been an excellent start to the World Cup in Qatar for England but their attentions will be turning to facing USA later this week.

And England received a timely boost after Jordan Pickford revealed that captain Harry Kane will be ‘fine’ to play in Friday’s encounter amid fears he had picked a serious injury against Iran. 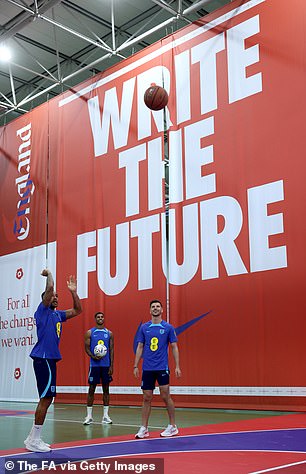 Kane went down under a heavy challenge in the early stages of the second half of that match, and appeared to get his ankle trapped, leading to him receiving treatment from England’s medical staff.

He was able to continue, but was then replaced later in the half, and England sent him for a scan as a precaution to check that there was no significant damage to his ankle.

Pickford has confirmed that Kane returned to training on Wednesday, and seems to have recovered from his injury scare.

‘I think he’s good. Probably feeling a little bit sore, but I think he’s fine,’ Pickford said during a press conference on Wednesday.

‘He’s out on the grass today with us so that’s good, and he’s our captain and I think he’s fine.’ 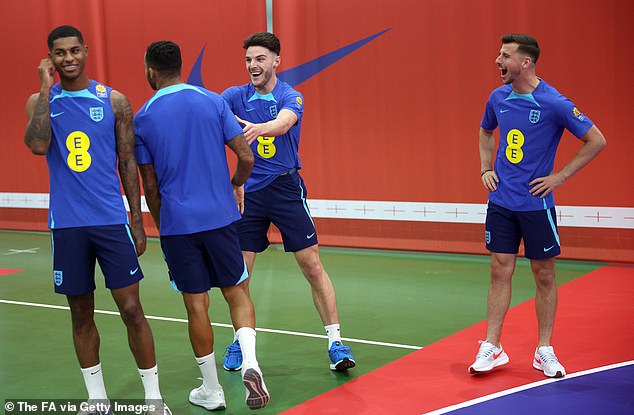 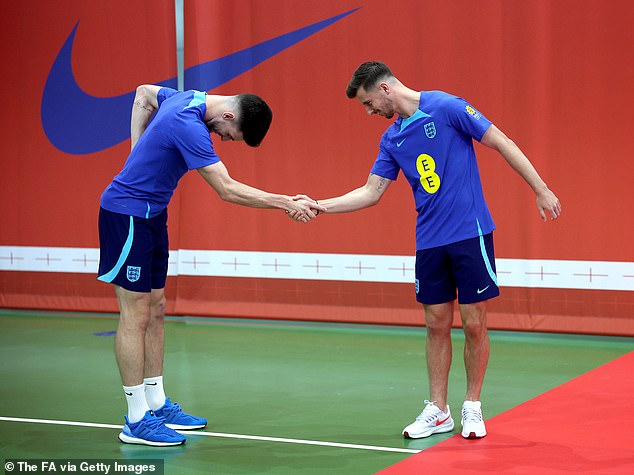 November 23, 2022 Soccer Comments Off on England's stars try their hand at basketball ahead of USA clash
NFL News