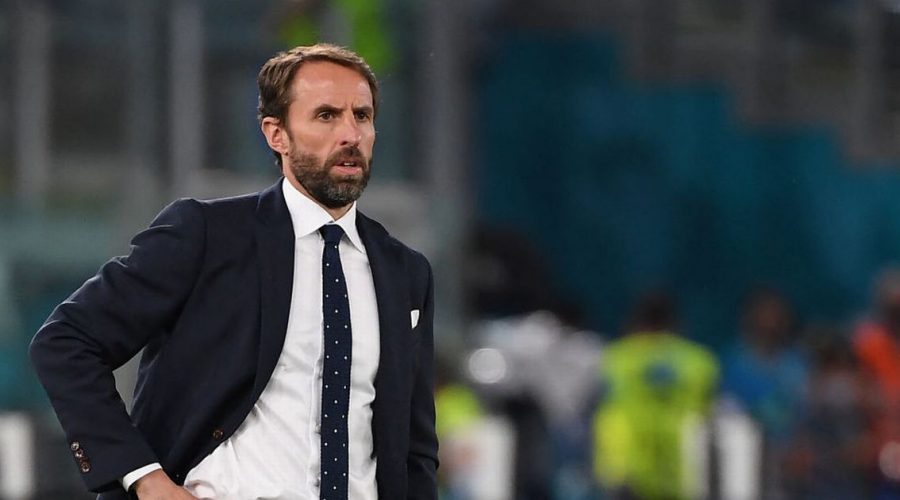 Before the start of Euro 2020, Gareth Southgate penned a letter to the England fans and his team, asking for a united front as they wished to win the tournament.

“It’s about how we conduct ourselves on and off the pitch, how we bring people together, how we inspire and unite, how we create memories that last beyond the 90 minutes," it read.

"That lasts beyond the summer; that lasts forever.

So far, this has been a successful summer for Southgate and his team as they’ve reached the last four of the tournament having not conceded a goal.

They now face Denmark at Wembley in front of 60,000 fans, most of whom will be backing the Three Lions to get to the final, which is also in London.

For Southgate, though, this has been a long journey from being touted for various career paths outside football to becoming a two-time semi-finalist whilst leading his national team as a head coach.

Born in Watford and having grown up in Crawley, Southgate’s teachers at school believed he was good enough to become an accountant, while he himself thought he could pursue a successful career in journalism, even working at the Croydon Advertiser when he was 16.

Do you think England can win Euro 2020? Let us know in the comments below.

One of his former football coaches also believed he should drop football and become a travel advisor, but he never gave up on his football dream, and joined Crystal Palace on an apprenticeship, just before his A-Levels.

His former youth team coach Alan Smith said to him: “We had one particular game, which we lost, and I said, ‘Gareth, I think you’re too bright to do this job. I think you have to make a choice. If it was my choice, I think you should become a travel agent’.”

However, Southgate went on to become a professional footballer, and it was Smith who eventually made him captain of the first-team at Palace.

Southgate would later go on to have a successful career for Crystal Palace, Aston Villa and Middlesbrough, making over 190 appearances for each of them and playing over 630 games throughout his club career.

He also made his England debut in 1995 under the management of Terry Venables and earned 57 caps, playing at three major tournaments for his country.

While the heartbreak of 1996, where he missed a decisive penalty against Germany in the semi-finals of the Euros, often overshadows his career, his eventual success as England manager has put the ghosts of that year to rest.

Former England boss Sven-Goran Eriksson praised Southgate’s calmness and willingness to think before he speaks, highlighting his use of dialogue rather than anger.

“He wants to resolve problems with talks, more than with shouting,” Eriksson once said.

“It was easy to speak to him; he was never angry or irritated, he was always very polite.”

After retiring, Southgate would manage Middlesbrough between 2006 and 2009 but was sacked after their relegation and an inconsistent start to their Championship campaign in the 2009-10 season.

He would then join the England set-up, first as a coach of the U21s, winning the Toulon Tournament in 2016 and then with the senior side after Sam Allardyce was sacked due to his corruption scandal.

The World Cup in 2018 was a successful one for Southgate and England as they finished fourth, while Southgate was widely praised for his management, being able to bring the nation together and his popularity in the country soared.

While there have been bumpy moments since, the Euros have once again brought back the unity and he has complemented his side well.

This is a young England team with several likeable stars, and Southgate’s humility and level-headedness has got its due notice.

No other England manager in history has led the Three Lions to two semi-finals, and Southgate will want to now go one step further by beating Denmark on Wednesday.

He said he was chuffed after England’s 4-0 demolition of Ukraine in Rome on Sunday, but he knows there’s still a job to do.

July 5, 2021 Soccer Comments Off on England’s Gareth Southgate was told to quit football and become a travel agent
NFL News