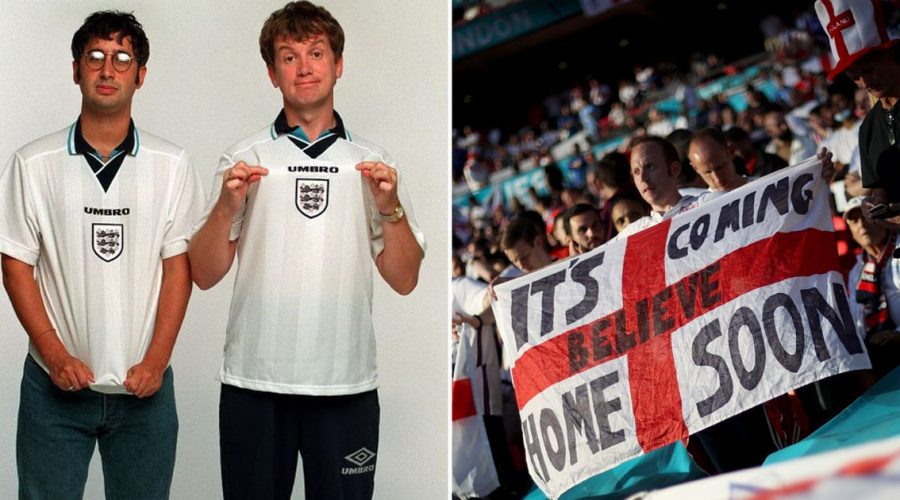 Three Lions has become an iconic part of England’s international football journey since comedy duo David Baddiel and Frank Skinner released it ahead of Euro ‘96. The anthem, which celebrates England’s endless dream of a first tournament victory since 1966, is a fan favourite that has become even more popular with England's recent successes.

But in recent tournaments the song has been deemed a sign of English arrogance by opposition teams. Italians used it to mock England by singing “It’s coming to Rome” after defeating Gareth Southgate’s men on penalties at Wembley in the Euro 2020 final.

And there are growing concerns among FA chiefs which has prompted them to consider dropping it ahead of the Qatar World Cup later this year.

With Neil Diamond’s stadium singalong Sweet Caroline now favourite to become the official pre-match song, many including England legend Paul Gascoigne have hit back at the decision.

Gascoigne said: “The FA have totally lost the plot. You can’t take that song off us. Sweet Caroline doesn’t come close.

“It would be like saying we can’t wave St George’s flags anymore. This woke nonsense has no place in football. It’s just a great song.”

Do you think Three Lions should be kept as England's pre-match anthem? Let us know in the comments section.

Meanwhile, journalist Piers Morgan said: “This is a ridiculous idea. The song is all about wallowing in 30 years of hurt and pain at not winning anything, how can anyone say it is arrogant.

“We should absolutely stick with Three Lions.”

FA chiefs will not announce their final decision on the song choice until after the summer. But The Sun reports internal discussions about a new song are already under way, with the FA seeking more “positive vibes” during the pre-match warm-up.

May 5, 2022 Soccer Comments Off on England’s Football’s Coming Home chant facing axe as it’s ‘offensive to others’
NFL News