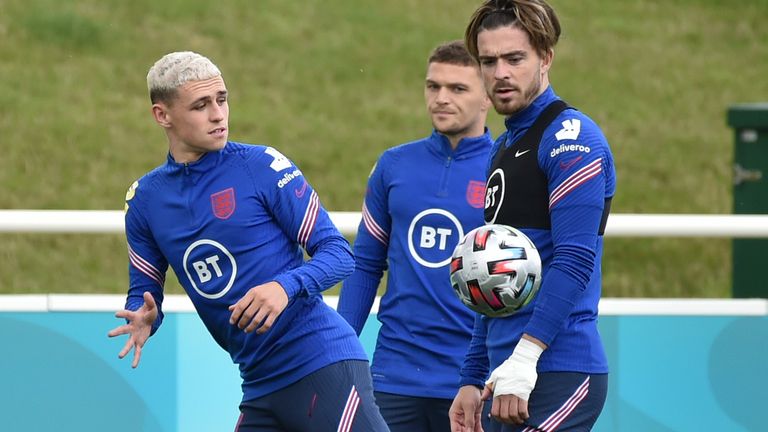 Italy captain Giorgio Chiellini believes England’s bench could have themselves reached the final of Euro 2020.

Gareth Southgate’s side face Roberto Mancini’s Italy at Wembley in the final on Sunday in what is England’s first major tournament final in 55 years.

Italy’s captain Chiellini suggests the pressure is on England in the final as he heaped praise on the strength of depth within the Three Lions’ squad, even going so far as to say that Southgate’s second string could have reached the final of the tournament.

England have had the luxury of having exciting talent such as Phil Foden, Jadon Sancho, Bukayo Saka and Jack Grealish among their options from the bench throughout the tournament. “Everyone has their own attributes. If you match me against Sterling in a foot race, I don’t think I ever beat him to the punch. Maybe in situations where there is a ball to be won in a 50-50 or there is a long ball from the goalkeeper, I might be more likely to win the header.

“I need to limit their attributes, it also depends on who plays. Kane and Sterling are different, the others have their own qualities.

“England’s bench could have made it to the final themselves because they have extraordinary players.

“Thankfully it is a team game, it’s not Chiellini and Bonucci versus Kane and Sterling, ultimately it is Italy versus England.”

Chiellini also reserved special praise for England captain Kane as he prepares to face the Tottenham forward on Sunday evening.

“I still remember the first time I came up against him in a friendly in Turin and he immediately impressed with how many attributes he has,” Chiellini said.

“He is very technical, shoots well from distance, he’s good in the air and takes free-kicks.

“He impressed me from day one when playing against Tottenham, I am a big fan of him. I have the ‘good fortune’ to play him tomorrow night, it’s an exciting battle.”

Mancini: We must be careful of improving Sterling

Italy boss Roberto Mancini is also wary of the threat posed by England’s Sterling, who has scored three goals during the tournament so far and is one of the leading contenders to be named player of the tournament.

Speaking ahead of Sunday’s final, he said: “England are a good side, as Georgio (Chiellini) said they have a lot of good players on the bench. But if we have made it this far that also means that we are a good team, we will try and play our own game.

“Sterling is definitely a footballer who has come on leaps and bounds. He is very pacey indeed, we need to be very careful of him.

“We have to do a good job defensively but besides him, I am not sure who will play on the right flank. Then there is Harry Kane and in the final third they have all top players, terrific technique and ability.”