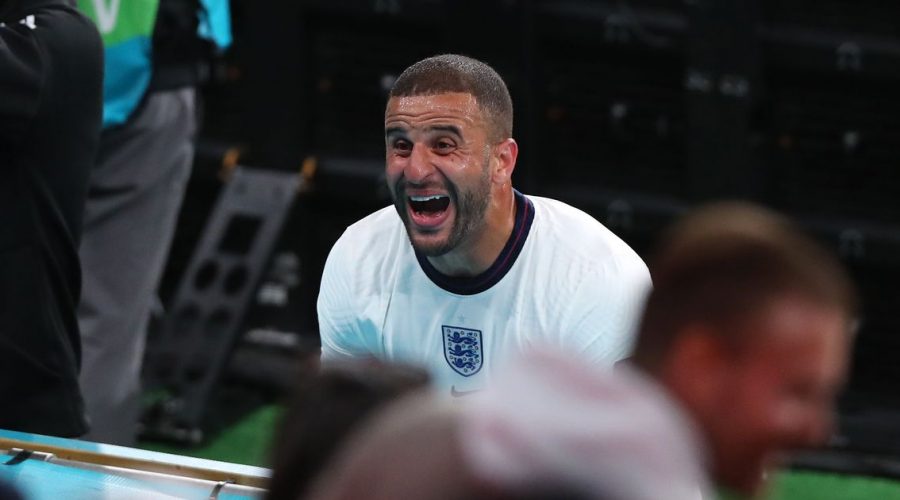 Kyle Walker has become a stalwart in defence for both England and Manchester City, staking his claim as one of the Premier League’s best right-backs.

But the Englishman has now revealed that his 57 international caps may never have happened if a slice of luck had not fallen his way at the very start of his career.

The 31-year-old has won four Premier League titles with City, becoming a key player under Pep Guardiola since moving to the Etihad from Tottenham.

It has been a remarkable rise for the right-back, who started his career at Sheffield United, who at the time were playing in the second tier of English football.

He was spotted by Blades coach Paul Archer playing in a local park in his home town of Sheffield, but it was only a slice of luck that meant he was in the area to be seen by Archer.

“I slept at my friend's house and it was his brother, Akeem and Ismail – there wasn't any space in the car because his cousin was coming to pick him up and take him to a little coaching session that was happening in a park,” Walker told SPORTbible.

“I said I would go home and wait for them to come back. Ten minutes later he knocked on the door and said that the cousin's sister didn't end up coming up.

“The dad didn't have to bring the little girl so there was a space for me. The rest is history. I went and trained and there was a scout from Sheffield United called Paul Archer who asked if I wanted to play for them.

“I never even played Sunday League football or anything. I went straight from estate football to the park at six or seven and then Sheffield United.”

Walker is set to start for England in their last 16 match against Germany at Euro 2020 later today, with the right-back having become one of Gareth Southgate’s most trusted players.

July 3, 2021 Soccer Comments Off on England star Walker was scouted by Sheffield United in a park in slice of luck
NFL News