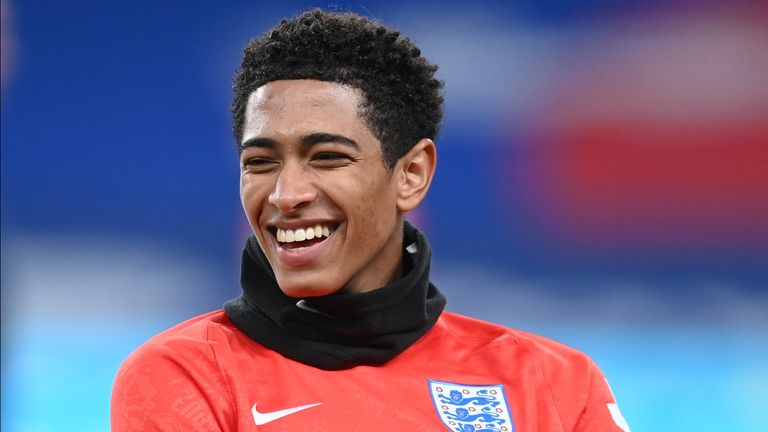 Bellingham’s outstanding form has sparked a significant debate among England fans – and, you suspect, in the mind of Gareth Southgate – about whether the 17-year-old should be included in the 23-man squad for this summer’s European Championships.

Man of the match for many against Manchester City in the Champions League quarter-final – there is no longer any debate about whether he can handle the big occasions. His energy, bristling determination, clever positional sense and consummate composure on the ball left Pep Guardiola purring: “I can’t believe [he is only 17]. Maybe he is lying! He is so good.”

Southgate has said similar. He moved heaven and earth to get Bellingham into his squad for the three World Cup Qualifiers last month, despite the seemingly impossible Covid restrictions levied by the German government.

Southgate took the unprecedented step of naming Bellingham in his squad, and then in the news conference accompanying the announcement, saying he felt it was almost impossible he would be able to join up.

So why not leave Bellingham’s name off the original list, and then include it as an addition, if (as proved to be the case) Germany surprisingly changed its coronavirus rules? Why? Because Southgate wanted to send a message to Bellingham, and everyone else, that the teenager is a key part of his plans.

He thinks that highly of Bellingham, and sees him as a future England regular in the centre of midfield, where he has long bemoaned the lack of a traditional, box-to-box “number eight”.

It surprised many that, having made such an effort to get Bellingham into the England squad a few weeks ago, England’s boss only played him for 45 minutes in the second half against San Marino. Bellingham did not get off the bench at all against Albania or Poland.

If Bellingham really is a key part of Southgate’s plans for the Euros, why didn’t he give the 17-year-old more much-needed international experience before such a major tournament? Bellingham has won two caps – he played 45 minutes against San Marino last month, and 17 minutes when he made his debut against Ireland in November.

Is an hour’s worth of international football, against two teams ranked 210 and 47 in the world respectively, an indicator that Southgate sees Bellingham as a key part of his plans for this tournament?

Make no mistake – there is no room in Southgate’s squad of 23 for passengers. Everyone will be expected to play their part, and have a role on the pitch. Forget any idea the England manager might include Bellingham in the squad just so he can gain the experience of a major tournament, to stand him in good stead for the future. Southgate does not have that luxury, and already some big names will surely miss out on the final selection as a result.

If UEFA change their rules, and allow a squad of 25 players, Bellingham has a really great chance of going to his first major tournament at the age of 17.

If the squad size remains at 23, however, then it seems Bellingham’s chances rest on the fitness, or otherwise, of Jordan Henderson. If Henderson recovers from knee surgery in time to feature for Liverpool before the end of the season, Southgate will be sure to include him. A regular England captain, Henderson is seen as a fantastic influence on the squad, on and off the pitch.

If Henderson is included, it’s unlikely there’s a space for Bellingham – much to the dismay of many an England fan. 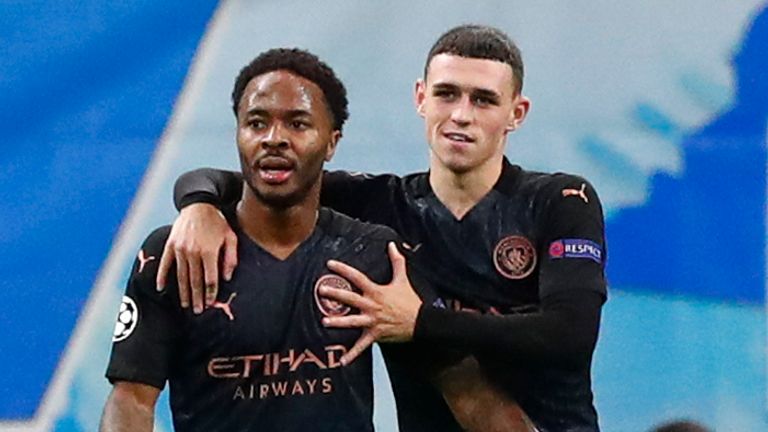 Southgate has always said he will select, and play, those players who are playing regularly, and in the best form for their clubs. If he’s true to his word, then Phil Foden is ahead of his team-mate Raheem Sterling right now in the England pecking order.

Sterling has only started five of Manchester City’s last eight games, and he’s failed to score in that time. Foden has started in each of City’s last two Champions League matches, and scored in both. He’s scored 15 goals for club and country this season, and is in the sort of form that makes him an almost certain England starter, if the Euros were on now.

Foden was exceptional for England too, in the World Cup Qualifiers last month. Only goalkeeper Nick Pope and midfielder Kalvin Phillips were given more game time over the three matches.

However – Marcus Rashford is fit again and playing for Manchester United. Jack Grealish is expected to be back firing for Aston Villa shortly. Jadon Sancho is back in training with Dortmund after his thigh injury – none of those were available to Southgate in March. 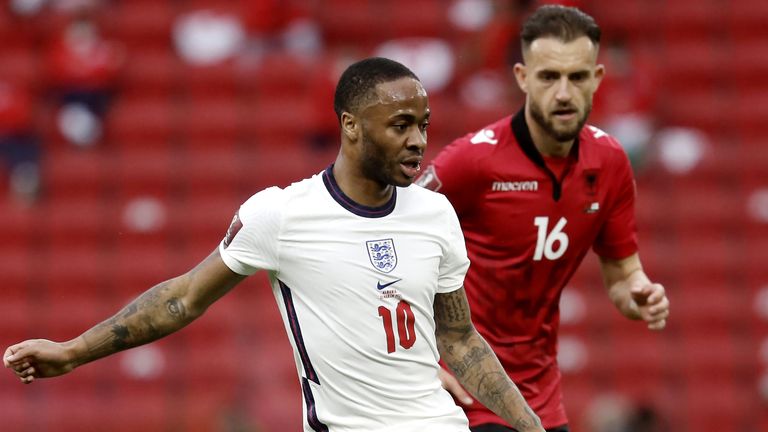 The wide attacking positions are ones in which England are blessed with options, and so while Foden is a near certainty to make the Euros squad (barring injury or a spectacular decline in form), he is not a guaranteed starter at this stage.

When it comes to Sterling, Southgate is a constant and vocal fan. While the debate raged publicly during the last World Cup, about whether it should be Rashford or Sterling who got the nod for England, Southgate’s mind was resolute. Sterling was first choice, plain and simple. The only game he did not start, of the seven England played in Russia, was the “dead rubber” in the final group game against Belgium. For the rest, he was one of the first names on the team sheet.

All considered, despite Foden’s spectacular current form, the wide attacking starting positions are still very much up for grabs with England’s Euros opener against Croatia still eight weeks away. 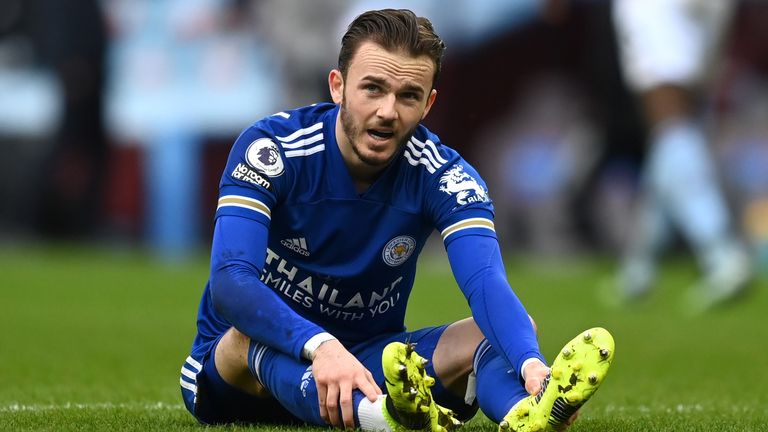 Maddison to miss out?

When it comes to James Maddison, it’s hard to see how he can now force his way into Southgate’s summer plans.

The niggling hip injury that has blighted Maddison’s season, and kept him out of contention for the last international break, is key. But it’s also clear that Southgate has concerns over his personality too. When the England manager heard about Maddison’s recent indiscretion, where together with four other Leicester team-mates he breached coronavirus regulations and went to a party at Ayoze Perez’s house – you suspect Southgate’s mind was made up.

There was already a dwindling lack of opportunity in England’s midfield ranks, even before Maddison’s faux pas. Mason Mount has emerged as a Southgate certainty – not just for the squad, but seemingly also in the starting 11. Behind the scenes, Southgate feels England fans are now starting to see what he has long believed – that Mount can play anywhere in central midfield, and even out wide – and wherever he does play, he will always score at least seven out of ten.

But remember too how Southgate reacted in October 2019, when Maddison was unlucky enough to be ill during an England camp. He was sent home, unable to train or play, because England’s doctors worried he might be contagious. Maddison then left his flat to go and watch England’s game against Czech Republic on TV at his local casino, where he was caught on camera. He was not drinking. He was not socialising. He just did not want to sit on his own in his flat to watch the game.

The newspaper headlines screamed “too ill to play for England, but not too ill to go to a casino”, which was correct. When asked about it, Southgate said it was an ill-advised move on Maddison’s part, and he needed to learn he was now in a brighter spotlight than earlier in his career.

At the time, it seemed a surprisingly stark warning from the England manager. A flea in the confident young playmaker’s ear. Now Maddison has breached the Covid regulations, you can almost feel Southgate’s eyes rolling. It will take some time, you feel, and more than just top-class performances, for Maddison to win Southgate’s trust again.