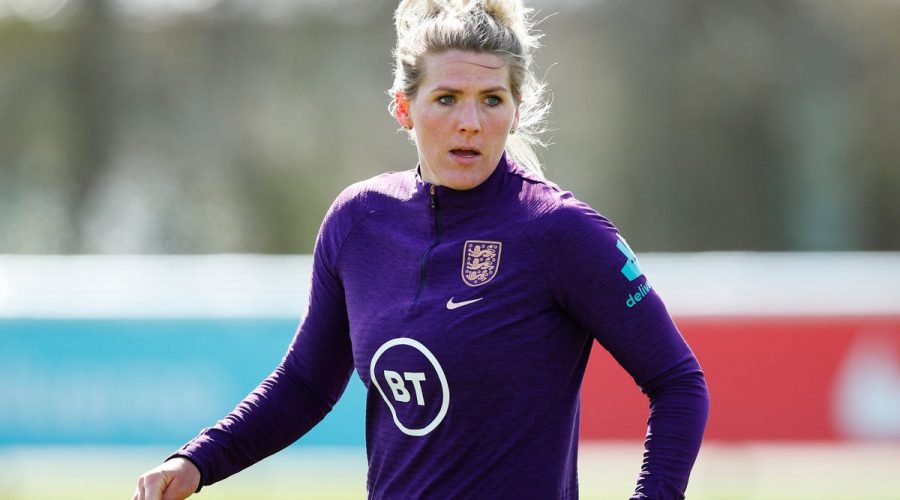 Club rivalry has been put to one side for this Lionesses camp, according to England Women internationals Millie Bright and Ellie Roebuck.

The Chelsea and Manchester City players are set to clash at the end of this month in a crunch fixture in the Women’s Super League title race with only two points separating the sides at the summit with three fixtures left.

City’s Esme Morgan was the latest person to be called up to the squad on Tuesday for the games with France and Canada, taking the total number of players from the WSL’s top two clubs to 15 out of the 25.

Bright, who has starred for leaders Chelsea this season, said: “Nothing has been said, it is a matter of staying in your lane day by day and that is how we see ourselves and our mentality.

“When it comes to crunch time there are no friends I am afraid and we will have to get the job done.”

Before Chelsea and City meet on 25 April, England travel to France on Friday and then host Canada at Stoke on Tuesday in their final matches before interim boss Hege Riise picks her 18 players for the Great Britain squad at this summer’s Olympics.

This camp is crucial for the Lionesses looking to win their spot at the Tokyo Games and while the battle for places is fierce, it is a positive according to 37-capped Bright.

She added: “There are some top players here who can play centre-back so it is a responsibility as an individual that every day I am doing everything I can, I am performing at training and bringing my club form into the internationals.

“Nobody owns anything here, it is all up for grabs but it is good to keep pushing each other. It is healthy competition and that is how you grow as a team.”

Manchester City goalkeeper Roebuck has added rivals after Carly Telford and Karen Bardsley were included in this squad.

Similar to Bright, the 21-year-old was eager to play down title talk but is excited for Gareth Taylor’s men to try to topple Chelsea. 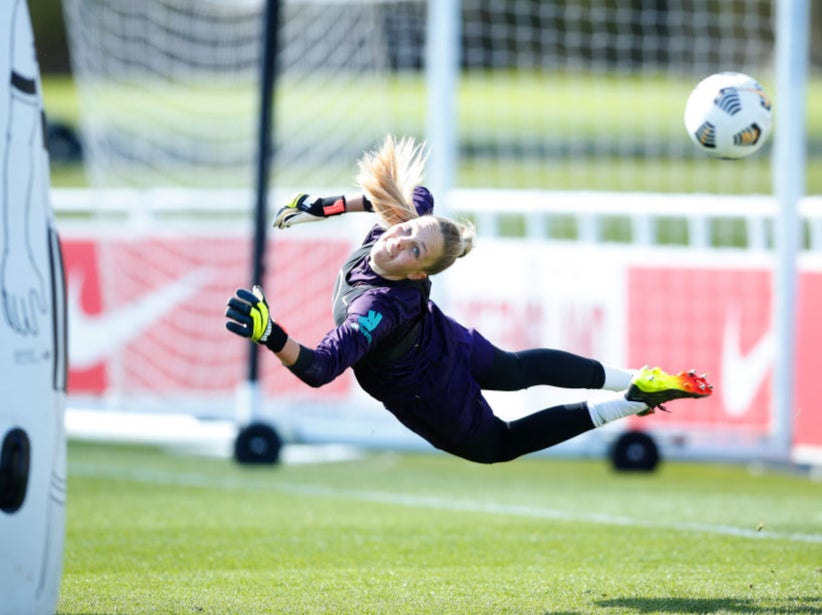 Ellie Roebuck also played down talk of the title race

Roebuck said: “It is difficult when you are on camp because for us the attention has to switch and be solely focused on playing France and Canada.

“For now we are one team and united in that, but I am sure after the game we will be able to look back and have a think about what will happen.

“It is a huge game in the title race, there is no beating around the bush and one I am so excited to play (in) but you have got to put it to one side for the next 10 days.”

The young stopper also had words of comfort for fellow goalkeeper Hannah Hampton, who found out last month she would not be part of the Great Britain squad for this summer when the initial list was whittled down.

Birmingham keeper Hampton was informed of the news an hour before a league match with Everton and was said to be left in tears.

“Knowing Hannah as a person, I am sure it will only help her to become more resilient and bounce back to push on for future tournaments,” Roebuck said.

“It will just be one little stepping stone in her journey that I am sure in a few years time she will look back and see it made her a much better goalkeeper.

“In football there will always be ups and downs and it is how you deal with them. I am sure, knowing her, she will bounce back brilliantly.”

Roebuck’s team-mate at Man City and Lionesses captain Steph Houghton was not included in Riise’s squad for the games against France and Canada due to an Achilles injury.

It has opened the door for youngsters in the group to stake a claim and in-form Arsenal ace Lotte Wubben-Moy is among them.

After the former England Under-17 captain made her senior debut in a 6-0 win over Northern Ireland in February, she is eager to take her next chance.

“Credit to Steph, she is an amazing player. I look up to her and that is type of player I try to benchmark myself on,” Wubben-Moy said.

“Being given the opportunity to come to a senior camp, those are the kind of players you want to be playing with. It is a shame she is injured and we all wish her the best with her recovery, but an opportunity is there for us young players.”