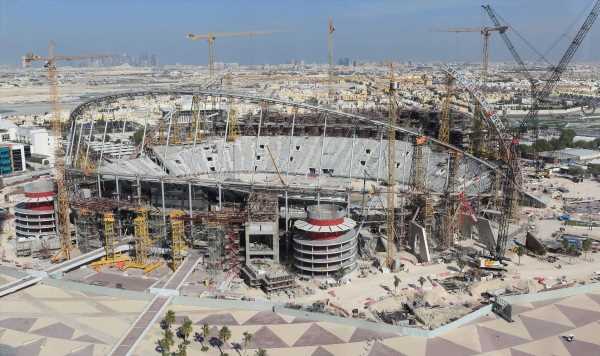 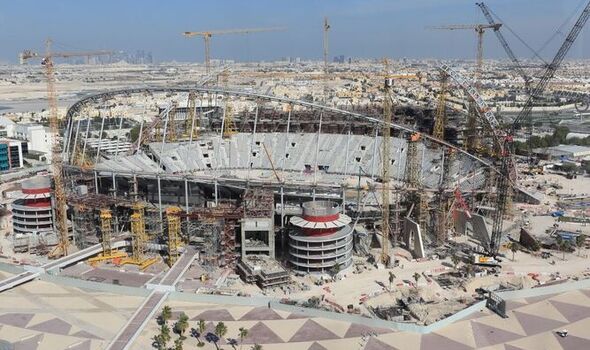 Thousands are set to take their seats in the Khalifa Stadium for England’s World Cup opener against Iran today, but the game will also be marred by tragedy as British construction worker Zac Cox died while working on the same venue back in 2017. Ever since Qatar were awarded the 2022 World Cup, mystery has surrounded a number of deaths at the huge construction sites.

Millions of migrant workers were brought in from all over the world to begin work on the sports metropolis beginning in 2010. Since then, numerous non-governmental organisations (NGOs) have reported there have been thousands of unexplained deaths from work on the stadiums.

Qatar officials have refuted those claims with just three workers said to have died while working on the World Cup projects. One of those three is Cox, who fell to his death from 130 feet while working on Qatar’s national stadium.

A dual British/New Zealand citizen, Cox was a specialist in construction work on tall buildings and was working on installing a platform. Cox, then 40, fell from the rigging after lever hoist equipment failed.

He’s the only western construction worker to have died in the building of World Cup stadiums in Qatar. British coroner Veronica Hamilton-Deeley criticised the working environment surrounding Cox’s death as “downright dangerous” at an inquest earlier this year.

“Many managers knew and should have known they were effectively requiring a group of their workers to rely on potentially lethal equipment,” the coroner said. “If you cut to the quick, the root cause of the accident was that the workers were being asked to use equipment that was not fit for purpose. Horribly simple, really.”

There has been no news from the FA on whether England will plan a tribute for Cox when they face Iran today (1pm GMT). It looks unlikely there will ever be an official number on how many work-related deaths there were during the construction work on Qatar’s World Cup stadiums.

Protests have been held across the football world in recent weeks over the deaths of workers in Qatar. FIFA president Gianni Infantino launched a bizarre defence of Qatar’s human rights record on the eve of the World Cup where he deflected with an answer on how many migrants had died trying to get into Europe.

“Qatar is offering them this opportunity,” he said. “They do it in a legal way. We in Europe, we close our borders. We don’t allow practically any workers from these countries who are trying to come to work legally in our countries.

“Those who reach Europe, or those who want to come to Europe, they have to go through very difficult journeys. Only a few survive. So if you really care about the destiny of these people – these young people – Europe can do as Qatar did. Create some channels, some legal channels, to increase the percentage of these workers to come to Europe. Give them some work. Give them some future.”

Infantino’s controversial statement should not deflect from the real issues surrounding Qatar’s hosting of the World Cup. Football is set to take centre stage for the next few weeks and many will attempt to look past the tragedy surrounding the tournament.

But nothing should overshadow the deaths of those who worked in questionable conditions to build the very stadiums this year’s World Cup will be staged.