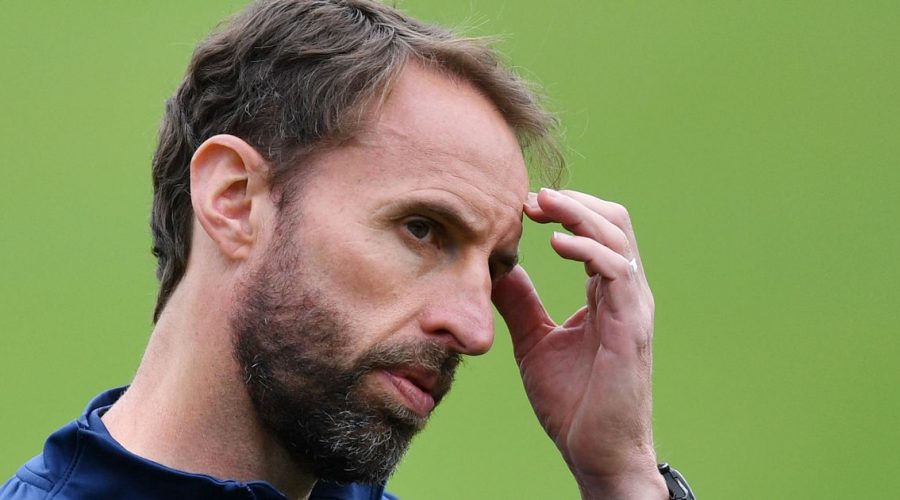 England have four players walking a tightrope going into their clash against Ukraine on Saturday night.

The Three Lions have set up a quarter-final tie against Andriy Shevchenko's men following their dramatic victory over Germany.

Raheem Sterling scored the opener in the second-half while Harry Kane doubled the scores with 10 minutes to go to put the game to bed.

It ended a 55-year wait to beat Germany in a knockout game – the last being the 1966 World Cup final – while Ukraine beat Sweden in the last minute of extra-time in their own extraordinary path to this stage of Euro 2020. However, Gareth Southgate could have some big problems for the tournament with four players on the verge of receiving bans.

Harry Maguire, Declan Rice, Kalvin Phillips and Phil Foden are all a booking away from missing the semi-finals, which could be against either Denmark or Czech Republic – if they beat Ukraine.

Rules state that yellow cards from the Group stages up to the quarter finals expire for the semi finals and final.

However, it will no doubt give Southgate a selection headache – especially with the options available to him.

Jordan Henderson is ready and fit after coming on for the last 20 minutes against Germany but he has yet to complete a full match since February.

While Mason Mount could be an option after returning from self-isolation, while Tyrone Mings has proved a more than able replacement at the back for Maguire.

In attack, England are blessed for fresh options including Foden himself – as well as Jadon Sancho, Marcus Rashford and Jack Grealish.

Rice and Phillips were shown cautions early on against Germany, particularly the former – which drew headshakes from Southgate.

Who should Gareth Southgate start this Saturday? Leave your comments below.

Yet it did nothing to affect their performances, with both midfielders going on to have stellar displays.

Prior to the match against Germany, Southgate explained why he left Foden out after the Manchester City ace started the first two matches of the Euros.

“He’s on a yellow card and given that we look like we’ll miss two players [Mount and Chilwell] for the next round, I don’t want to take a risk on a third,” Southgate explained after leaving him out.

“So it’s a shame for Phil but I think it’s the sensible decision.”