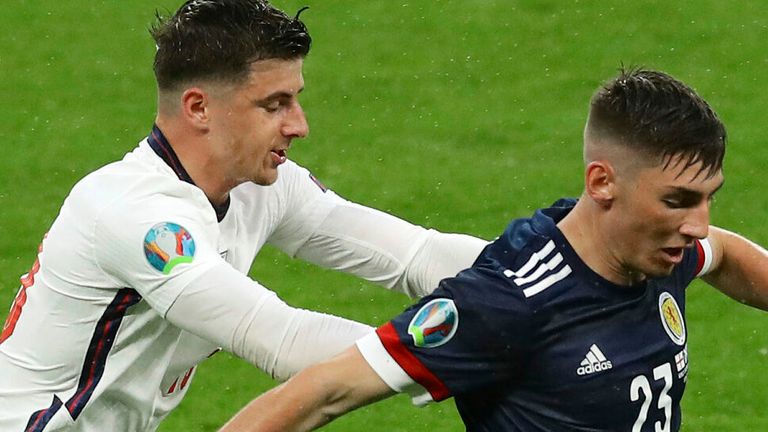 England duo Mason Mount and Ben Chilwell have gone into self-isolation as a precaution following their interaction with Scotland midfielder Billy Gilmour, who has tested positive for the coronavirus.

Mount and Chilwell embraced and spoke to Gilmour following England’s Euro 2020 draw with Scotland at Wembley on Friday, with their Chelsea team-mate returning a positive test on Monday.

Both Mount and Chilwell – along with the rest of Gareth Southgate’s squad – have returned negative lateral flow tests for Covid-19, but it remains unclear whether the duo will be available to play in Tuesday’s final group stage match against the Czech Republic. 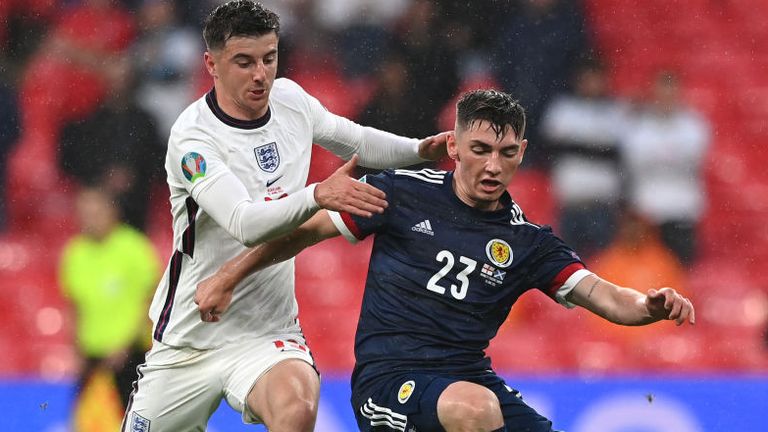 A statement from the Football Association read: “As a precaution at this time and in consultation with Public Health England, Ben Chilwell and Mason Mount are isolating after interaction with Scotland player Billy Gilmour at Friday’s match.

“The pair will be kept away from the rest of the England players and wider support team, pending further discussions with PHE. The entire squad had lateral flow tests on Monday afternoon and all were again negative, as was the case with Sunday’s UEFA pre-match PCR tests.

“We will continue to follow all Covid-19 protocols and the UEFA testing regime, while remaining in close contact with PHE.”

Mount had been due to appear at the pre-match press conference alongside England boss Southgate later on Monday evening.

Gilmour, who impressed against England in his first international start, has been ruled out of Scotland’s final group stage match against Croatia, with all four teams in Group D still able to qualify for the knockout stages.