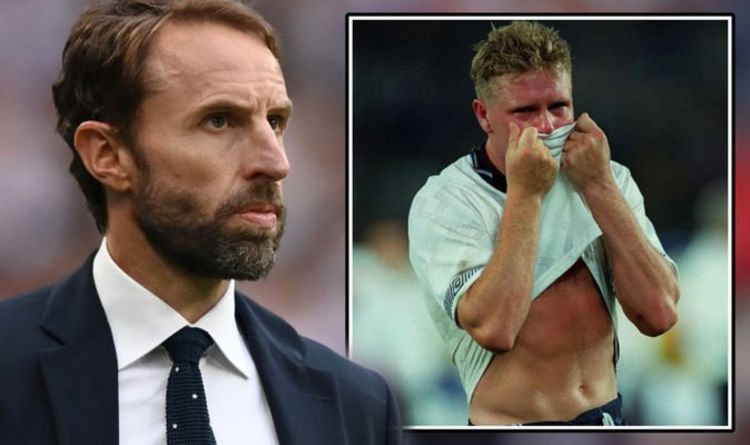 England train ahead of Ukraine clash

Gareth Southgate has warned his players that 2021 holds no place for Gazza-style tears as his uncompromising England push on for European Championship glory. Paul Gascoigne welling up and Gary Lineker pointing it out to Sir Bobby Robson is one of the most enduring images of English football.

The young Geordie was distraught in the 1990 World Cup semi-final against Germany at picking up a second yellow card in the tournament which would have ruled him out of the final.

That, of course, never happened – so Southgate refuses to compromise his team selection against Ukraine by protecting the players already on a booking and in danger of missing out on a Wembley return of the semi-finals.

“I, too, was on a yellow card going into that Euro 96 semi-final with Germany,” Southgate recalled. “ So you are aware of it as a player.

“You have these situations in your career when you still have to be committed to the game, avoid unnecessary yellows if you can, but accept that you might mistime something.

“That’s the reality. You can’t be thinking of what’s next. 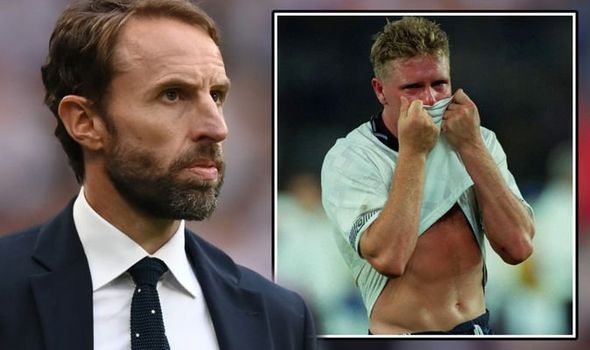 “I suppose the best example was Roy Keane against Juve in the 1999 Champions League semi-final.

“That’s the ultimate personal sacrifice really. He knew he wasn’t gonna play from fairly early in the game but he kept leading the team on to the final.

“I understand the strategy of thinking about resting those players at risk, but I don’t think there is a team in the world who would do that at this point.

“We have been to three semi-finals 60 years… the thought that we can be resting players to get through a semi-final – I can’t think of a nation that would do that. I don’t remember a nation doing that.

The sentiment underlying Southgate’s position is the same one behind his selection when he decided to revert to back three against Germany: trust me.

“We want to gather all the information and make the best decisions on the back of the most information possible,” Southgate said.

“At the end you have to stick with what you believe and what you think is right because we are the ones with more information than anybody else.” 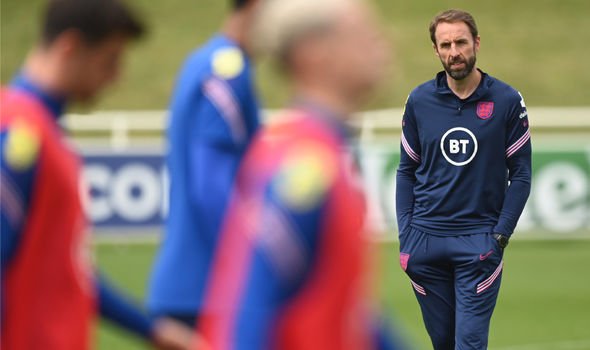 Preparation will continue to the final minute.

By contrast, in Euro 2016 Roy Hodgson and Ray Lewington chose to take a boat trip down the Seine rather than watch potential opponents Iceland in action.

“That was painful for everybody,” Southgate said. “I don’t like talking about it because I have massive respect for Roy, he was so good to me in my time here and he’s been so professional and helpful in allowing me to get on with my job.

“Although of course it was perhaps a seminal moment over the last few years. If you are avoiding discussing that I think that can breed anxiety when you are in the middle of the game.

“When you’ve talked those scenarios through as a group, the players can make eye contact on the pitch and they are better prepared for those moments.”