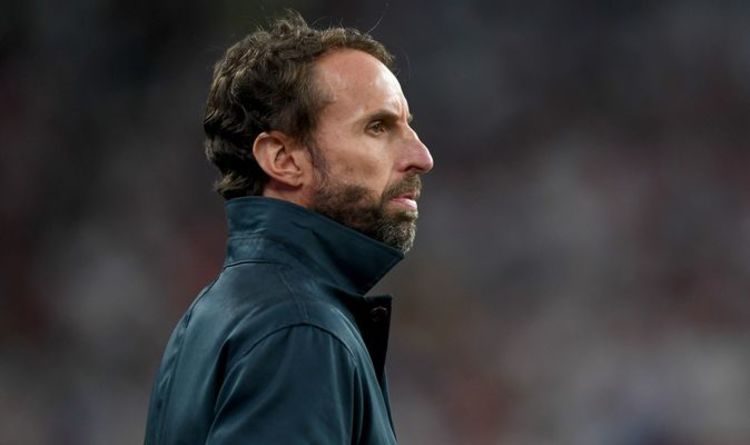 Gareth Southgate was left to dream of what might have been after falling short with England on a historic night at Wembley in the Euro 2020 final on Sunday evening. Italy were crowned European champions for a fourth time with a hard-fought win via a penalty shoot-out under the lights in the capital to break English hearts in the cruellest of circumstances.

Bukayo Saka’s missed spot-kick handed the Azzurri a remarkable and deserved victory, extending their unbeaten run to a whopping 34 matches.

Southgate’s name would have been etched into English football folklore alongside the likes of the late, great Sir Alf Ramsey with a win on Sunday evening.

However, the 50-year-old will be forced to wait until next year’s World Cup to end his side’s long and painful wait for a major tournament victory despite a strongly-managed campaign.

Plenty of criticism was aimed in Southgate’s direction prior to the tournament as a result of his team selection and cautious style of play. but the man from Crawley’s tactical approach to Sunday’s career-defining clash initially looked to be the right call.

He chose to revert to the five-at-the-back system that engineered the win over Germany in the round of 16, but the move failed to help England pass their biggest test in 55 years, innstead leaving them empty-handed at the end of an unbearably tense final showdown.

JUST IN: Italy erupts at England as fans caught spitting and tearing up flag

Southgate can be unbelievably proud of every single member of his 26-man squad, but he was let down by a handful of individual performances that simply lacked the star quality required to warrant a maiden Euros triumph.

The England manager’s only change to the side that faced Denmark was to drop Bukayo Saka in favour of Kieran Trippier to enable the change in formation.

The Atletico Madrid man played a hugely important role with England in possession of the ball, galloping forward at the earliest opportunities to receive from Harry Kane or Kalvin Phillips and swing crosses into the Italian box.

He assisted Shaw’s early goal with an inch-perfect delivery but was far less effective when out of possession, with Italy getting plenty of joy down their left-hand side during the first hour of the match.

He was hauled off in the second half in favour of Saka as England went in search of a winner, and would have been looking to do more as part of his side’s defensive unit on the most important night of his professional career.

As the inevitable post-mortem on England’s failure to achieve European glory gets underway, Southgate will be having nightmares over whether his decision to revert to a back five was the right call.

Although Trippier’s efforts were in no way directly responsible for the result, Harry Kane’s lack of tenacity at the top of the pitch played a significant part in England’s failure to beat the Italians.

He was clearly tasked with dropping deep, which helped to create space for his team-mates ahead of him, but this also restricted his own influence on proceedings.

The 27-year-old was slammed by pundits and supporters alike after making a slow start to the tournament, but Tottenham’s golden boy grew into the competition as his side progressed.

However, he was unable to deliver the goods against Italy, with England managing just two shots on target during the entire 120 minutes on the hallowed Wembley turf.

If Kane had been firing on all cylinders, or if he was allowed to assume the role of a true No 9 in the four-at-the-back setup that saw off the challenges of Ukraine and Denmark earlier in the tournament, England fans across the nation could well have been celebrating their first Euros win this evening.

However, things do not always work out in the way they are expected to, and Sunday’s result serves as a devastating reminder that football is always capable of serving up just about anything.