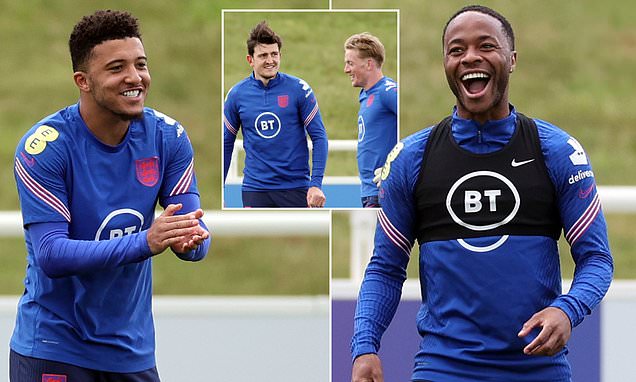 England’s players were in high spirits at Monday’s training session as they stepped up their preparations ahead of their semi-final showdown with Denmark.

All 26 players took part in training, meaning Gareth Southgate should have a full squad to choose from ahead of Tuesday’s meeting with the Danes, who beat the Czech Republic to reach the last four.

It’s a huge week for Southgate and his side but the mood in the camp is high following Saturday’s victory 4-0 victory over Ukraine. 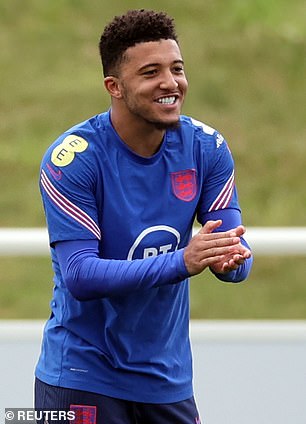 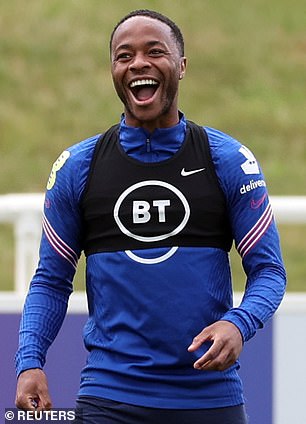 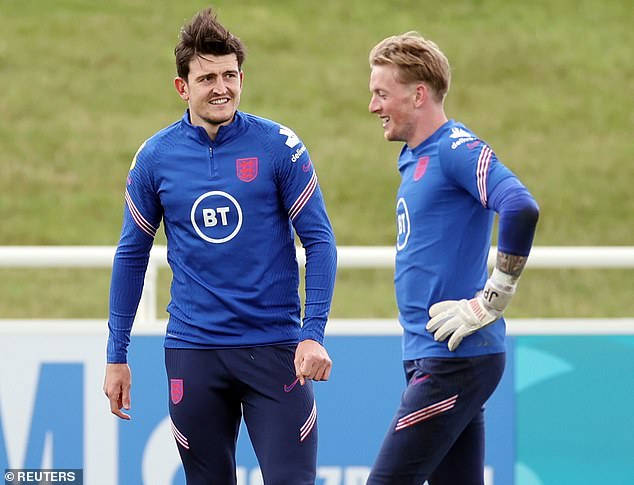 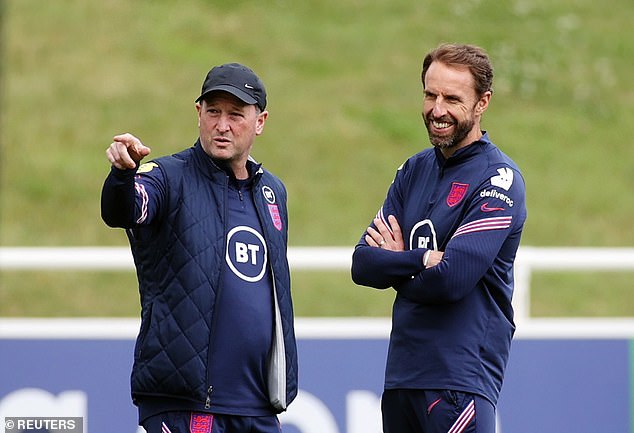 Two goals from Harry Kane and headers from Harry Maguire and Jordan Henderson saw the Three Lions ease into the semi-finals.

Bukayo Saka was absent from the squad after picking up a minor ankle injury but he will be fit to feature against Denmark and took part in training on Monday.

Southgate had started Saka in the previous two games and he could return to the starting line-up on Tuesday. 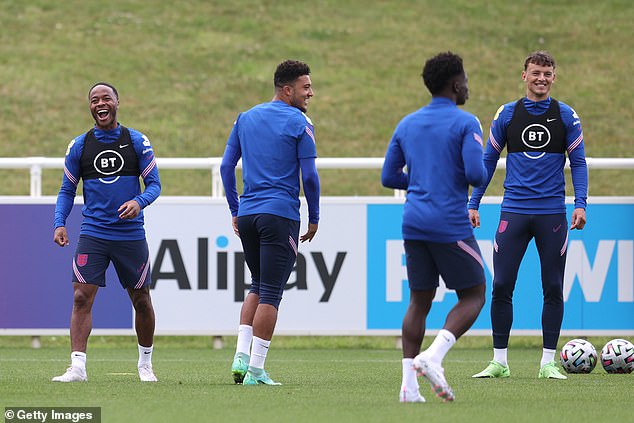 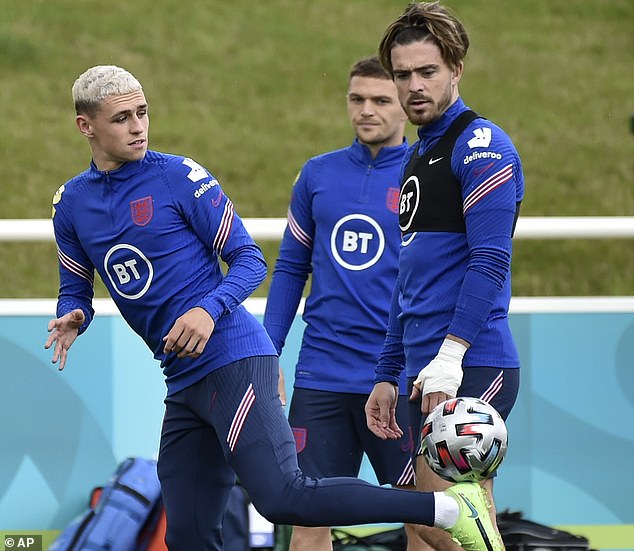 ‘He should be fine,’ said Southgate. ‘He did declare himself available for the (Ukraine) game but we had not really had the chance to see him on the pitch and working at the level we felt would vindicate that decision.

‘He will go back into full training with the group on Tuesday and, yes, he should be fine.’

England’s players had been treated to inflateable unicorns in their recovery session in the pool on Sunday, but it was back to the training pitch this morning.

Southgate faces another selection dilemma for the semi-final.

Jadon Sancho replaced Saka for the win over Ukraine and performed well on his first start of the tournament.

But the winger, who will complete a £73million move to Manchester United after the Euros, could lose his place. 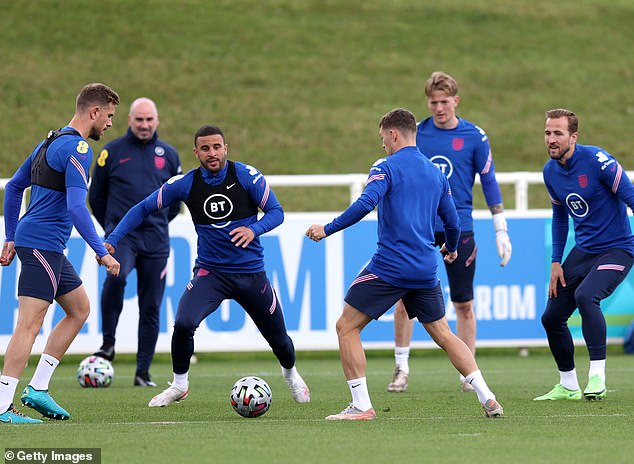 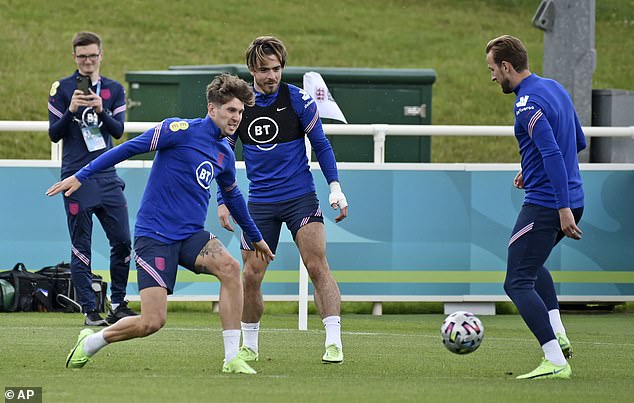 Saka appears to be the favourite if a replacement is needed. Denmark left wing-back Joakim Maehle has been a marauding force for his country at this tournament, scoring twice and providing an assist. Saka would offer greater cover for Kyle Walker than the other options.

Jack Grealish has also proved to be a valuable option from the bench, with the midfielder assisting Kane’s goal against Germany. He also created the only goal against the Czech Republic.

Phil Foden hasn’t featured since the 0-0 draw with Scotland while Marcus Rashford has only been used from the bench.

July 5, 2021 Soccer Comments Off on England are all smiles as they step up semi-final preparations
NFL News