Arsenal recently unveiled their squad photo for the season and there were some surprise inclusions and exclusions, including the likes of Emile Smith Rowe, Mesut Ozil and Sokratis. However, any concerns as to why the Englishman was not included hav been explained.

Emile Smith Rowe’s absence from the Arsenal squad photo has been explained after eagled eyed fans noticed he was missing from the first team snap.

The Gunners have finally shared their team photo after a delay due to the coronavirus pandemic and the transfer window, which only closed on October 5.

The picture was taken earlier this month, and was a little different to the usual layout many of us are used to seeing.

Dan Tolhurst, Arsenal’s Head of Communications, explained: “Traditonally, we usually have the men’s first team photocall after transfer deadline day in September but of course we had to postpone that this year. 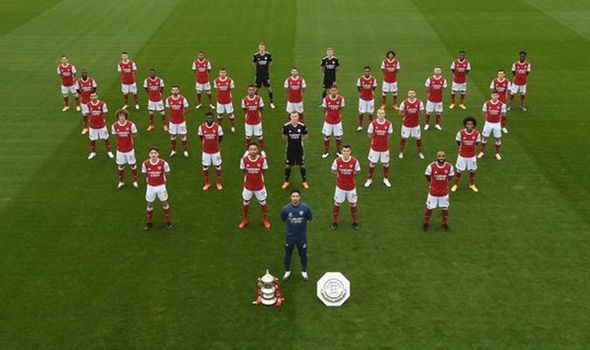 “This year we’re doing it slightly differently. We’re shooting from a cherry picker, all the players are going to be socially distanced.

“This is because this time will be out of the player’s usual training schedule.”

One noticeable absence was that of young midfielder Smith Rowe, who has stayed with Arsenal this season while recovering from a shoulder injury.

The 20-year-old is now back in action, but did not take part in the photo. 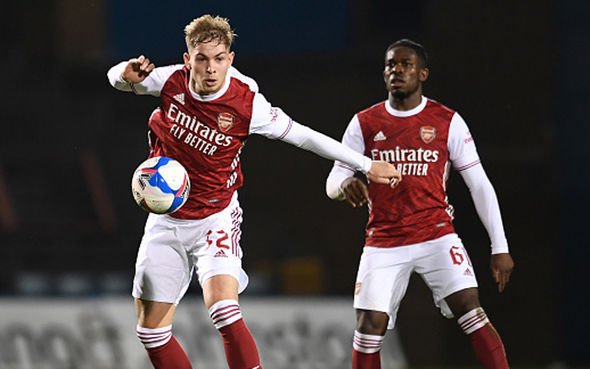 And that is because he was in action for the Arsenal U23 side on the same day, bagging a brace in the 6-0 win over Blackburn.

Meanwhile, Mesut Ozil, who wasn’t included in the Premier League or Europa League squads for this season, was also in the picture, along with fellow axed squad member Sokratis.

Ozil and Sokratis have been training with the first team as normal over the international break.

Pierre-Emerick Aubameyang, Granit Xhaka, Hector Bellerin and Alexandre Lacazette were all lined up front and centre.

And it’s thought that they were put on show because they are considered the leaders in Mikel Arteta’s squad.

Xhaka was axed as captain by Unai Emery after his outburst at fans, but appeared to be handed another lifeline by Mikel Arteta, who described him as a “natural leader”.