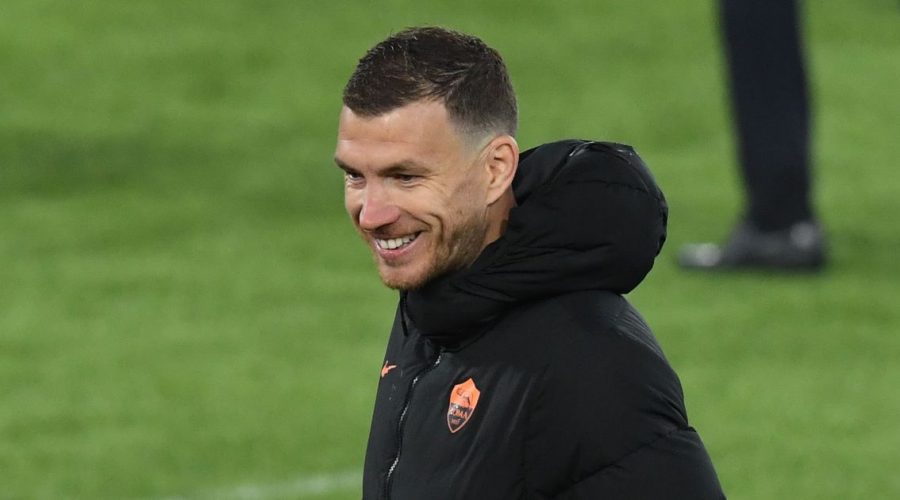 Edin Dzeko didn't shy away from saying he loved demolishing Manchester United at Old Trafford during his Manchester City days.

The Bosnian is now at Roma and is again plotting the Red Devils' downfall ahead of their Europa League showdown.

United and the Serie A side are both eyeing a spot in the final in Gdansk on May 26.

Dzeko has previous when it comes to scoring against United. He grabbed a brace in a 3-0 win at Old Trafford in 2014.

Before that though he also grabbed two in the famous 6-1 victory at the home of City's rivals.

United had dominated English football, let alone their own city, for the best part of two decades and had been dubbed the "noisy neighbours" by Sir Alex Ferguson.

City, then led by Roberto Mancini, were in the ascendancy and certainly ramped up the volume as they laid down a statement of intent early in the season.

“To beat them 6-1 in their own ground was a humiliation, especially in a derby when it’s even worse,” Džeko told FourFourTwo in 2019.

“It all happened so quickly – we got three goals in the last five minutes or something like that.

"Maybe that game gave us more power and energy to think we could do it at the end; that we were the team to win it that year.

“Beating United with Alex Ferguson, one of the greatest managers in history, was a special moment for us and the fans, and it gave us an even more special relationship because they loved us more.

“United always had that flag which counted the years City were without a title, making fun of our fans. After the 6-1 they were quiet!”

Dzeko left Manchester for Rome in 2015 and has continued to be prolific scoring over 100 times for the Italians.