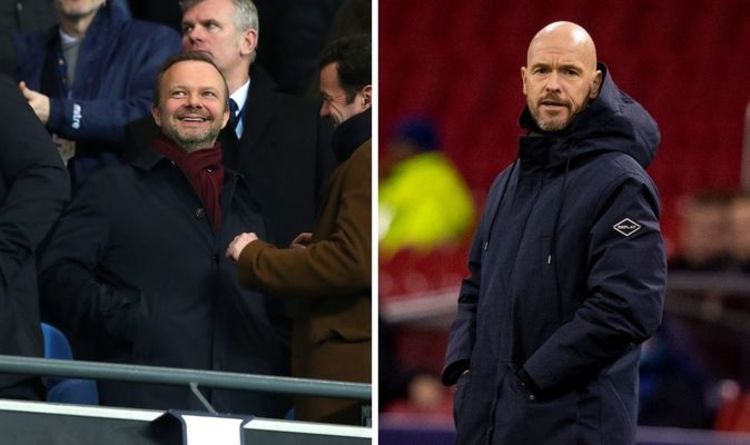 Ed Woodward will step down as Manchester United Chief Executive Officer on February 1, with Group Managing Director Richard Arnold taking his place at the helm. But the often-criticised Executive Vice-Chairman – another title he will surrender – is expected to remain at the club until the summer.

Executive Co-Chairman Joel Glazer said: “I would like to thank Ed for his tireless work on behalf of Manchester United during his nine years as Executive Vice-Chairman and 16 years with the club.

“We are now looking forward to Richard and his leadership team opening a new phase in the club’s evolution, with ambitious plans for investment in Old Trafford, the strengthening of our engagement with fans, and continued drive towards our most important objective – winning on the pitch.”

But despite ending his tenure as CEO and Executive Vice-Chairman next month, Woodward won’t entirely split from the club until the end of the season.

According to Henry Winter, the 50-year-old will remain on United’s board until the summer to help Arnold settle into his new role.

His ‘final act’ could be working with Arnold, Ralf Rangnick, John Murtough, and Darren Fletcher to appoint a new long-term manager.

However, close sources suggest his heart will remain at Old Trafford, and therefore it would be difficult to consider a job at another club.

Woodward understands he failed to deliver his main priority whilst at the helm, creating a structure to ensure silverware.

And his failure to provide David Moyes with the tools to help succeed Sir Alex Ferguson also stands as one of his biggest regrets at the club.

There have been concerns that Woodward would attempt to remain at United beyond his tenure as CEO.

However, several English outlets report that won’t be the case, and he won’t enter a consultancy role after his June exit.

Winter’s report suggests there was relief among Woodward’s family members when they learnt about his planned departure.

His daughter ‘burst into tears’, and his wife ‘broke out the champagne’ after almost a decade of underachievement and the cross-hairs on his back as a result.