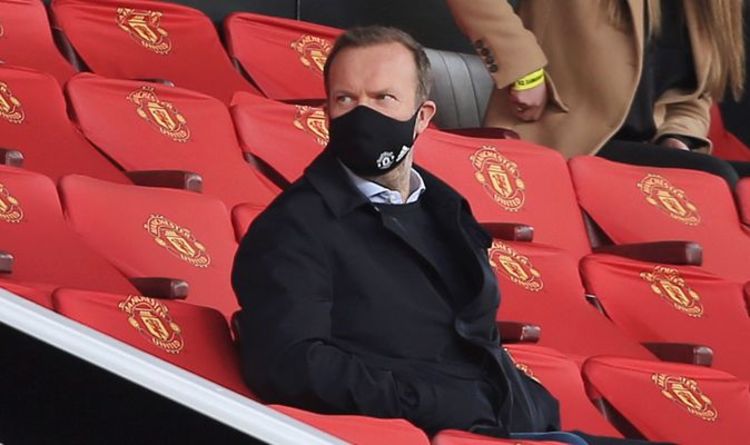 Ed Woodward’s controversial tenure as Manchester United executive vice-chairman is set to end in April, ending an eight-year spell as United’s head operations director. And according to the Manchester Evening News, despite little success at Old Trafford there is one glaring error that the Essex-born figure regrets – the failed appointment of Liverpool boss Jurgen Klopp.

The report states that Woodward missed the boat on ‘a surfeit of eminent coaches’.

Sources close to Woodward say he finds some of his failures ‘gutting’, with his unsuccessful pitch to Jurgen Klopp believed to ‘rankle’.

Evidently, given Klopp’s exploits as Liverpool manager – boasting a Champions League, a Premier League and above all, the feeling of belief and camaraderie at Anfield, Liverpool are a side that United will wholeheartedly envy.

United’s only trophies in Klopp’s era – minus the half-season when the German moved to Liverpool in 2015-16 – have been the Europa League and a League Cup, both under Jose Mourinho.

Ole Gunnar Solskjaer failed to win silverware while Louis van Gaal clinched an FA Cup in a short but frantic spell but was criticised for the team’s brand of football.

But as the MEN states, Woodward got it right by appointing Mourinho whilst his stock was high and of great use to United, before he then got it wrong by not supporting the Portuguese icon.

Mourinho was given a new contract in January of 2018, not backed in the summer and then sacked in December.

And this suggests there is no reason to believe that United’s successes would have ended differently had Klopp been appointed, given Woodward’s incompetence as chief executive.

United are believed to have enquired about Klopp whilst Sir Alex Ferguson was in the final year of his contract, although the Scot recommended fellow countryman David Moyes instead.

Klopp’s biography, written by Raphael Honigstein, states that Woodward even flew out to Germany to speak to him, calling Old Trafford ‘an adult version of Disneyland’.

Such a nickname ironically became true for Klopp in west Manchester, when he treated the Theatre of Dreams as his playground in the 5-0 win back in October.

And the book, titled ‘Bring the Noise’, details the odd feeling Klopp sensed about Old Trafford.

“David Moyes’s short tenure at Old Trafford was coming to an end, and Klopp was United’s favourite to replace him, to bring back a sense of adventure to the Red Devils’ game.

“Woodward told Klopp that the Theatre of Dreams was ‘like an adult version of Disneyland’, a mythical place where, as the nickname suggested, the entertainment was world class and dreams came true.

“Klopp wasn’t entirely convinced by that sales pitch — he found it a bit ‘unsexy’, he told a friend — but he didn’t dismiss the proposition out of hand either.”

Liverpool currently sit 11 points ahead of United in the Premier League.