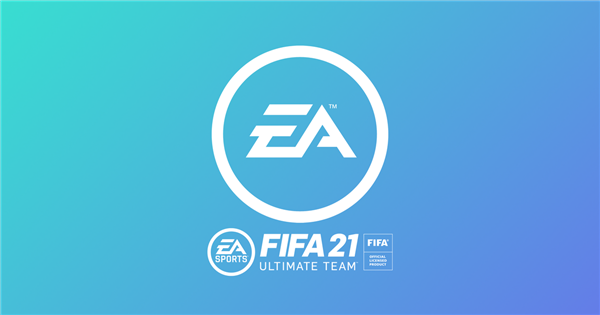 EA has responded after a leaked internal document appeared to show plans to drive players to Ultimate Team from other modes in FIFA 21.

The document, which was leaked to Canadian news outlet CBC by a 'gaming insider' and is marked as private and confidential, features a number of points around the Ultimate Team game mode, with the document stating that "FUT is the cornerstone and we are doing everything we can to drive players there".

On another page of the document, it said one of their plans was to "drive excitement & funnel players towards FUT from other modes" and "to drive consistent player journey from POS through FUT conversion", with the document appearing to be internal EA presentation material.

It appears that the document was created prior to the release of FIFA 21.

The first page of the document, named "5 Things You Need to Know" appears to show EA's strategy ahead of the launch of FIFA 21.

The document states that "The team is squarely focused on engaging current players through mid-September" and that "Players will be actively messaged + incentivized to convert throughout the summer".

The second page of the leaked EA document is called "Turning Up The Heat", with the document containing details about the Summer Heat Ultimate Team promo that was released last summer, stating that the company were "exploring cross-platform deep discount aligned with SUMMER HEAT content + assets to drive consistent player journey from POS through FUT conversion."

Like the first document, the second page has five major bullet points with additional annotations.

One of the points shows the phrase "ALL ROADS LEAD TO FUT", with an additional statement underneath which reads " Content teasers + targeted Aruba messaging will drive excitement & funnel players towards FUT from other modes."

The insider told CBC that they didn't wish to be identified, fearing professional repercussions, but they did have a lot to say about their thoughts on Ultimate Team and the reasons for leaking the documents.

The unnamed source commented that although EA has consistently stated that the Ultimate Team game mode, and the in-game purchases such as loot-boxes that are connected with the mode, are completely optional, they were shocked to see EA doing everything it can to steer players into the mode from other modes.

"We can't really do anything about it because at the end of the day, [the] company is trying to make money and satisfy investors," the insider told CBC.

"You can play … without spending a dollar. But you'll learn it takes a long time to earn coins and you'll get frustrated pretty fast.

"'Grinding' in video games is slang for doing the same monotonous task over and over again to the point where it's no longer fun.

"It seems like [EA games] are designed to be boring, to be a grind, and to encourage people of all ages to spend money on card packs.

"For years … they've been able to act with a layer of plausible deniability.

"Yet in their internal documents, they're saying, 'This is our goal. We want people driven to the card pack mode."

Loot boxes, which feature as 'packs' within the FIFA Ultimate Team game mode, are highly controversial but remain completely legal in the UK, United States, Canada and across most of the world.

Loot boxes are a feature within video games that involve opening a mystery box or pack, that can be obtained through the use of in-game currency or real-life money. When opened in FIFA Ultimate Team, the loot boxes or packs contain a random collection of in-game player items.

Depending on the type of pack or loot box opened within FIFA Ultimate Team, the percentage chance of obtaining rare player items can change dramatically.

Research commissioned by the GambleAware charity found that of the 93% of children who play video games, up to 40% opened loot boxes and that 12 out of 13 studies on the topic have established "unambiguous" connections to problem gambling behaviour.

In 2018, Belgium banned loot boxes after the Belgium Gaming Commission found that they are "in violation of gambling legislation".

The UK government is reviewing evidence on loot boxes, which will be considered in the review of the Gambling Act 2005.

Regarding the release of the leaked document and the gaming insider's comments, an EA spokesperson declined an interview request from CBC and wouldn't comment on the document, stating that the document was "marked privileged and confidential", it was being "viewed without context" and that interpretations of what it says "are misinformed."

However, EA has now made the following statement.

"We make games to be fun and enjoyable for large, global audiences. FIFA is one of the largest games in the world with an incredibly vibrant and engaged community," Said EA.

"FIFA Ultimate Team (FUT) has been part of our FIFA games for more than a decade. Tens of millions of passionate fans from all parts of the world love the experience, the connection to the real world sport, and the fun and excitement of competition that it provides.

"We seek every day to provide players with content choices that fuel their excitement and connection to the sport and their friends.

"Which is why we're so disappointed in a recent media report about FUT which ignored important information and context, the result being a sensationalised story with a misrepresentation of the facts.

"We also firmly disagree that FIFA or any of our games involve gambling. Regulators in multiple countries around the world have stated publicly that where there is no cashout method, loot boxes do not constitute gambling.

"We take great care to ensure that our games are played as designed, including by taking action against those who violate our rules against trading outside the game.

"We do not believe there is merit in any of the recent litigation filed in the U.S. or Canada and are confident the courts will agree.

"Recently, a U.S. Federal Court judge dismissed a related case noting that the lack of any real-world transferable value to items takes them outside of the gambling laws.

"So again, supported by all of these perspectives from authorities, we do not believe any aspect of EA’s games constitutes gambling.

"We hope to see these facts more accurately represented in the future. In the meantime, we continue to work every day to ensure our FIFA Ultimate Team players have the best possible experience playing the game they love."