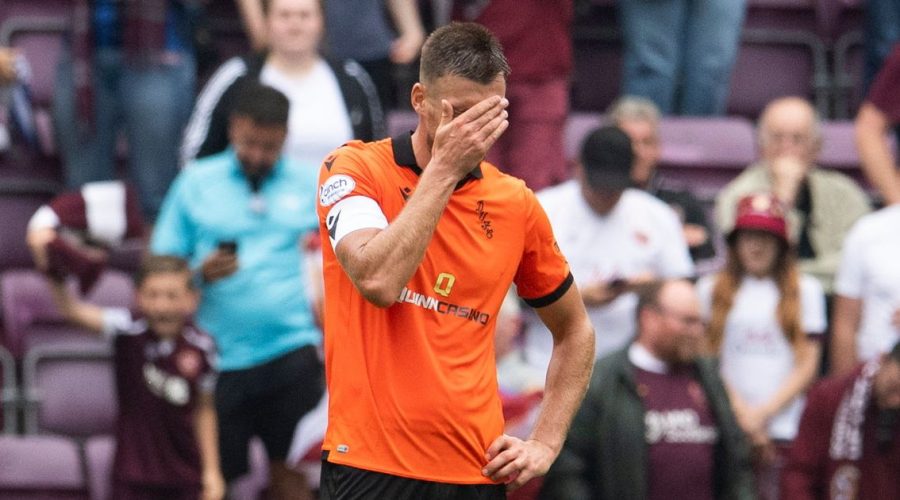 Dundee United have claimed a tweet from their social media account offering supporters “a glass of j***” was photoshopped.

The Scottish Giants’ poor admin has had to tolerate a significant period of social media teasing after they appeared to include a ‘glass of j***’ in the club's Christmas festivities. United were promoting their ‘Chistmas at Tannadice’ party they host every year at their Tannadice Park home stadium.

Featuring a scrumptious three course dinner, bustling entertainment, and a live DJ, it appears to tick all of the right festive boxes. Unfortunately, the apparent inclusion of a complimentary “Glass of J***” has amused many of their fan base.

Many of their own supporters and those of rival clubs were left in stitches by what appeared to be a painfully unfortunate typo. Otherwise, the evening appeared to be a top notch evening of festive entertainment for the whole family.

It was presumed the admin had simply made the kind of blunder every media professional fear most; typing a ‘Glass of J***’ instead of ‘glass of Fizz’, However, the person at the helm of the Dundee United Twitter account appeared to suggest the amusing gaffe was not a gaffe at all, and was the works of a a half decent photo-shopper rather than a clumsy typer.

They responded with a further tweet accompanied with the caption ‘Anyone can photoshop a tweet…but not everyone can join us at our Christmas parties. Needless to say, Dundee United fans and supporters from other clubs still could not resist laughing about the initial tweet.

Do you believe Dundee United's explanation? Let us know in the comments section below

“That’s funny lol. Pint or half pint I wonder,” one fan posted in response. “Black tie or come as you, please?” another mischievous supporter commented alongside a winking face emoji.

“I think I’ll pass if there’s no glass of j***,” another fan responded to the amended post from the Scottish giants. “Hope there was nothing similar on the job description for a manager,” another Scottish fan laughed.

“We know what you did admin,” another fan commented, clearly expressing their skepticism about the admin’s explanation.