Manchester United were left utterly embarrassed after a shock 2-1 defeat to Istanbul Basaksehir in the Champions League. Former Chelsea star Demba Ba was on the scoresheet to ramp up the pressure on Ole Gunnar Solskjaer. But one positive was Donny van de Beek’s performance, though the Red Devils coach took him off despite them chasing the game.

Solskjaer had a point proven to him after Van de Beek outshone his United team-mates against Istanbul Basaksehir in the Champions League.

The Red Devils put on one of their most shambolic performances in recent times in Europe after losing 2-1 to the Turkish minnows.

The first goal conceded was described as “borderline comical” by Martin Keown in co-commentary and he was being kind.

As United pushed for an opener, all 10 players were at the top of the pitch. 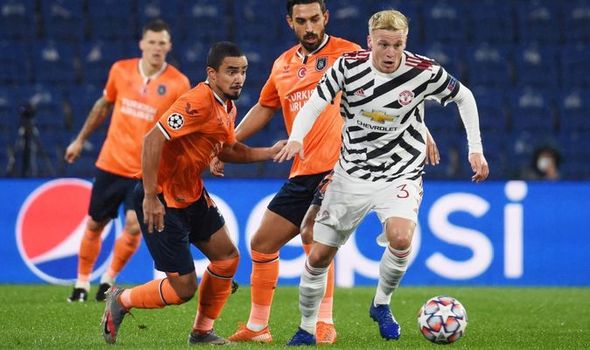 Even the furthest back, Nemanja Matic, was about 25 yards from the halfway line.

After clearing the ball, it left ex-Chelsea striker Ba on his own – who simply ran towards Dean Henderson before calmly slotting past the Englishman.

Matters went from bad to worse for the visitors when Juan Mata had his pocket picked by Deniz Turuc before setting up Edin Visca to double their lead.

Anthony Martial’s well-engineered header just moments later halved the deficit but it was not enough as United struggled to create anything of note.

It will surely see the pressure ramp up on Solskjaer, who also saw Van de Beek put on a fine display in midfield.

In just over an hour, the Dutchman completed 93 per cent of his passes, had 81 touches, had four successful take-ons and tackles and made one key pass.

However, the former Ajax man was taken off with 30 minutes to go despite United still needing a goal while his replacement, Paul Pogba, did not fare much better. 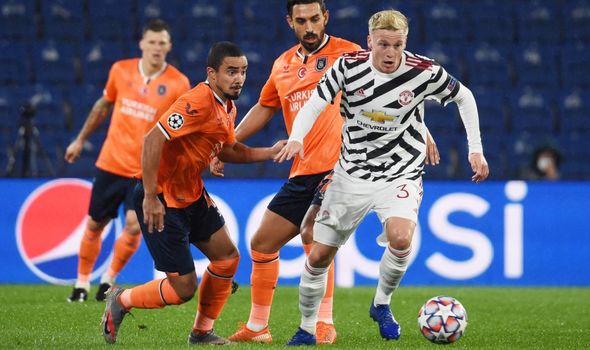 But the Norweigan refused to be drawn into a conversation over his job, defiantly backing himself and his coaches.

He said: “I decline to comment on such a thing. It is early on. Opinions are there all the time. We have to stay strong.

“I am employed by the club to do a job and I’m doing that to the best of my ability with my staff.”

Talking about the first goal, Solskjaer was left bemused but shouldered the blame.

“You don’t see goals like that at this level,” he added.

“We have not done our roles, it is my responsibility. A short corner and we forgot our defending duties.”