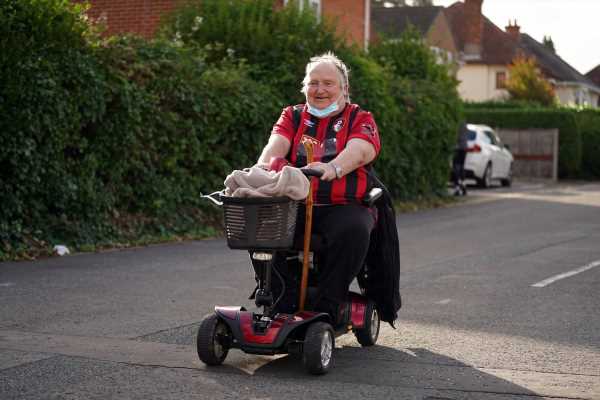 The overwhelming majority of disabled football fans are keen to return to venues straight away, but more than two in five said they would not do so without face coverings being mandatory.

Data gathered by disability access charity Level Playing Field has found that almost 43 per cent identified mask-wearing, except for those exempt, as one of the measures that would need to be in place for them to consider a return.

More than a third (35.05 per cent) said they would only attend if those entering could prove they were vaccinated against Covid-19, while the same percentage said strict social distancing would need to be in place. Over 27 per cent were still in favour of stadium capacities being limited. 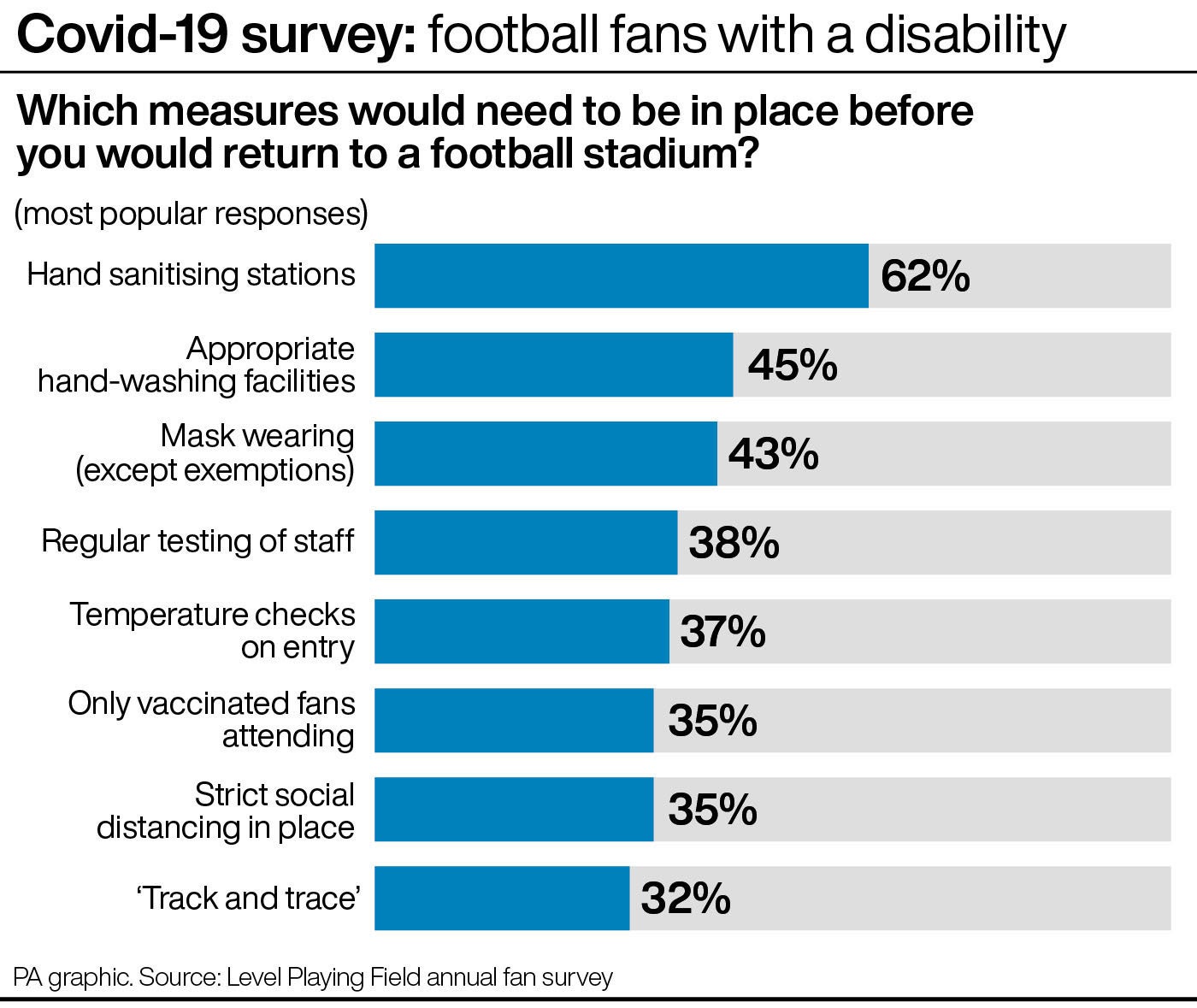 Other popular measures were hand sanitising stations (61.94 per cent), regular testing of staff (37.52 per cent) and temperature checks on entry (37.21 per cent).

Almost 73 per cent of the over 1,300 supporters who responded said they would return to venues right away, but clearly a significant number would not be happy to see all restrictions swept away immediately.

Almost all legal restrictions linked to coronavirus ended on July 19, and competitions and clubs are still working through how attendance at live sport will look in the short to medium term.

EFL clubs did not require fans to provide proof of full vaccination or a negative test to enter for the first round of league games played over the weekend, although an updated code of conduct circulated by the EFL on Friday recommended that fans voluntarily take a lateral flow test before attending if not double-vaccinated.

Fans are also encouraged to download the NHS Covid App in anticipation of certification becoming mandatory in the autumn, while it is understood clubs – particularly those with stadium capacities over 20,000 – have been advised by the EFL to start giving consideration to how they could make certification work at their grounds.

Face coverings are encouraged in enclosed and crowded areas but no club mandated the wearing of them in any area of their ground.

The Premier League is yet to set out whether it will take a collective approach to so-called ‘vaccine passports’. Currently only Chelsea say they will insist on it for men’s and women’s matches at Stamford Bridge and Kingsmeadow respectively. The new English top-flight season starts on Friday.

Despite the anxieties felt by some disabled supporters about attending, the overwhelming majority are keen to return straight away and LPF chief executive Owain Davies stressed how importance going to a match can be.

“It’s really encouraging that fans have confidence in going back. If there was ever a consideration that disabled fans might be reluctant and for the service (to disabled supporters) to be a bit slower to start, (this shows) that can’t happen,” he told the PA news agency.

“Sport is so important for some people, and for some it might be their only access to the community in that week.

“Not having (live) sport has created a huge hole. You can’t replicate going home and away watching your team.

“People are itching to get back.”

August 10, 2021 Soccer Comments Off on Disabled fans keen to return to venues but many want Covid measures in place
NFL News