Diogo Jota “is not going to stay” at Liverpool much longer, according to one of his former team-mates. Liverpool were keen to bring in more attacking power in the summer transfer window with Timo Werner initially their top target.

There was soon a shift in their plans though in response to the coronavirus outbreak.

Chelsea swooped in to steal Werner from under the noses of Liverpool, but it proved to be a blessing in disguise for Jurgen Klopp’s side.

After months of speculation, Liverpool eventually agreed a deal with Wolves to sign Jota.

The 23-year-old was only expected to play a bit-part role, but he’s enjoyed a dream start to life at Liverpool.

JUST IN: Jurgen Klopp theory as to why Liverpool have suffered injury crisis 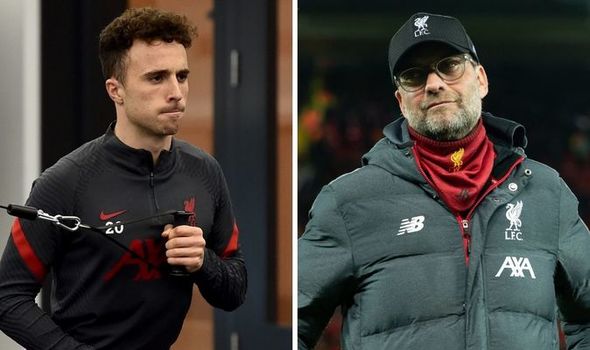 He scored on his Premier League debut against Arsenal and soon forced his way into the starting line-up.

Goals against Sheffield United and West Ham followed before he scored an impressive hat-trick in the 5-0 win over Atalanta.

Jota’s likely to play an even bigger role with Mohamed Salah unavailable due to testing positive for coronavirus.

And at 23 years of age, Liverpool fans will be hoping that Jota can become a long-term star at Anfield.

Jurgen Klopp drops Fabinho hint ahead of Liverpool vs Leicester

“Jota was in Pacos, Atletico Madrid, Porto, Liverpool. He works a lot,” he told La Vanguardia.

“He is a very hard-working person, very delicate with the ball; he plays a lot.

“He is not going to stay there; he is going to go higher.

“I shared a dressing room with him, he was captain of the Portugal Under-21 team.” 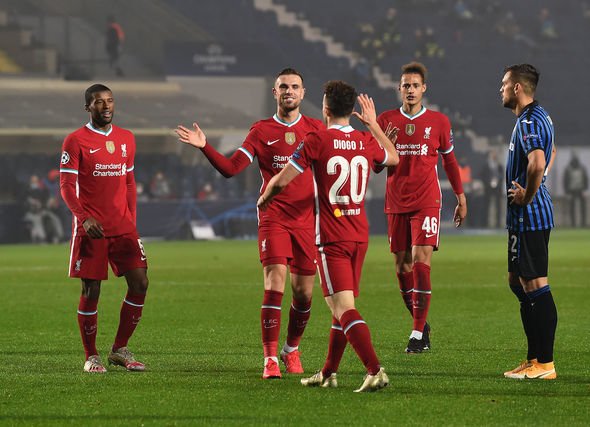 Jota will likely be given a few more chances in Liverpool’s starting line-up due to his strong start at Anfield.

But Red icon John Barnes doesn’t think the winger would have the same impact at a club like Barcelona.

“I thought he was a good player for Wolves, I thought he would do well but I don’t think anyone would imagine he’d be doing this well,” he told BonusCodeBets.

“If Jota goes to Barcelona, for example, he won’t go there and score loads of goals or play as well.

“Jota is a fantastic player, but there’s no way that Jota would be able to go to Real Madrid and do the same thing, it’s all down to Jurgen Klopp and finding those players that suit his style.”