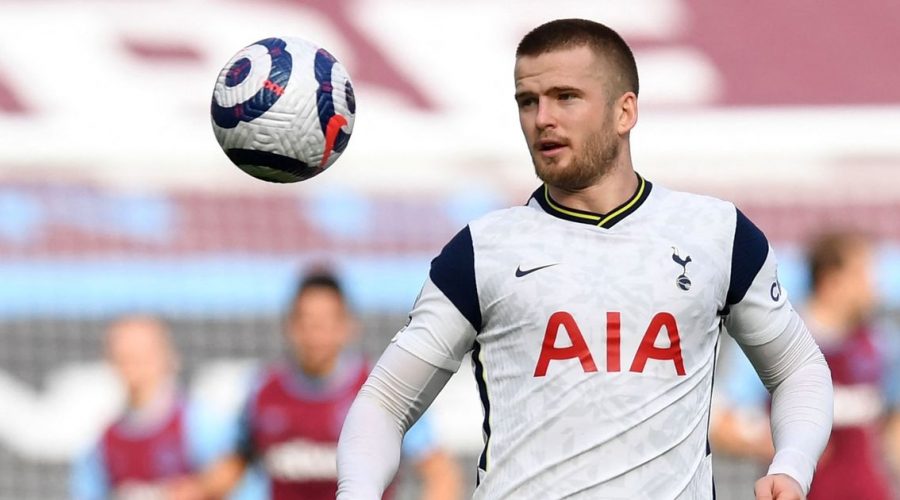 Eric Dier has warned Tottenham over one Arsenal player he reckons has "gone under the radar" ahead of the North London derby.

Spurs visit the Gunners in Sunday's Premier League clash at the Emirates with both teams looking to push for the European places over their final 11 games of the season.

While Arsenal go into the game seven points behind their rivals after an up-and-down season, one player has starred for Mikel Arteta's side is Bukayo Saka.

After showing flashes of his potential last season, the England international has established himself as a creative force on the right side of Arsenal's attack this term.

But while many have been impressed by Saka, Dier believes the 19-year-old is still not getting the recognition he deserves compared to other young English players.

"I have spent a lot of time now with Bukayo in the international set-up," Dier told  Sky Sports. "I think he is a fantastic player.

"I think he has gone a bit under the radar, if anything, in terms of what he has done this season compared to other young, English players.

"He is a fantastic guy as well. I enjoy spending time with him when we are with England.

"But when we play, all of that is irrelevant – I just want to win."

Saka has played 33 games for the Gunners in all competitions his season, scoring six goals and posting seven assists.

He was hailed by former Tottenham midfielder Jamie Redknapp back in December, after Arsenal had been on a disastrous run of five defeats in seven Premier League games.

“He’s been their shining light, but he’s 19 years of age. That’s putting so much pressure on a young man," said Redknapp.

"He plays with no fear, he makes things happen. But you need the experienced players to help – that’s been the major problem for Arsenal.

"When you’re in a position like Arsenal are, the fans want to see the young players, the homegrown players, given an opportunity and Saka’s the one where you think something might happen when he gets the ball."

Tottenham will be out to stop Saka doing just that on Sunday, as Jose Mourinho's side target a win that would see them close in on the top four.

March 13, 2021 Soccer Comments Off on Dier’s warning to Tottenham over Arsenal rival who has gone "under the radar"
NFL News