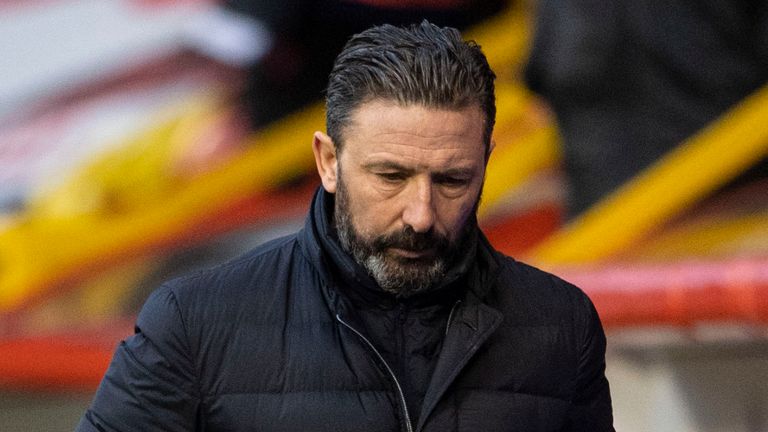 Derek McInnes has left his position as manager of Aberdeen after eight years in charge at Pittodrie.

McInnes’ departure is expected to be confirmed by the Scottish Premiership club on Tuesday. His assistant Tony Docherty is also expected to leave.

Former St Johnstone and Bristol City manager McInnes has agreed to go after growing pressure from supporters in recent months.

The club have won just two games in 2021, scoring five goals as the team slipped to fourth in the Scottish Premiership.

They were held to a 0-0 draw at home to Hamilton on Saturday in what is now expected to have been McInnes’ final match in charge.

McInnes led the Dons to the League Cup title in 2014 and four second-place finishes in the Scottish top flight.

Former Rangers midfielder McInnes was linked to a return to the club to replace Pedro Caixinha in 2017, while he also rejected a chance to move to Sunderland.

Aberdeen’s next fixture sees them travel to Dundee United in the Scottish Premiership on Saturday, March 20.