Frank Lampard’s Derby County side went third in the Championship table after a stunning second-half display saw them end Birmingham City’s unbeaten run in some style on Saturday.

The Rams had trailed 1-0 to a Lukas Jutkiewicz goal at the break after a frustrating first-half in which the visitors stifled their attacking play.

Lampard’s half-time team talk sparked an immediate response from his side and a stunning turnaround saw them take the lead with two quick goals through Mason Bennett and a Harry Wilson free kick. 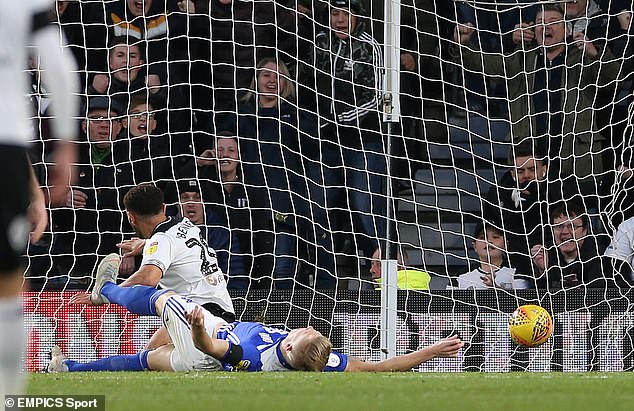 In-form centre forward Jack Marriott then struck with a fierce drive to secure the points.

Lampard said: ‘There are moments when you feel you need to do your job and get the right message across. However much you do that, it’s the players who have to go out and do it. The basic message was to be quicker about it. When they were that whole game opened up for them.

‘We were too slow on the ball, we were moving it, not turning quick enough in midfield. We need to be quicker on it and they changed it. The table looks nice, could be nicer. We need to push on higher so we must keep trying to improve.’

Derby were second best throughout the first half. The visitors arrived on a 10-match unbeaten run and took the lead in just 10 minutes as Che Adams picked out Jutkiewicz in the penalty area and the striker calmly placed the ball into the bottom corner for his eighth goal in seven games. It could have got better for Birmingham but Scott Carson was equal to Harlee Dean’s powerful header. 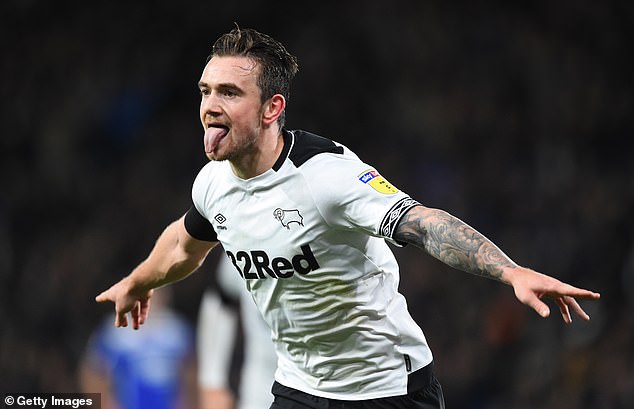 Derby struggled to find a response and even when Wilson managed to create a chance for Marriott they found the way blocked by Lee Camp in the City goal. But the Rams went on the rampage in the second half with a sweeping move straight from the restart.

Wilson and Marriott were both involved as the ball went from right to left before Tom Lawrence tested Camp once more.

However, the former Derby keeper could not stop Bennett levelling the scores with a tap-in from Craig Forsyth’s cross. Two minutes’ later they took the lead after Dean hauled down Marriott on the right wing. Wilson spotted a gap at the near post and sent his free kick through it despite the desperate lunge of Jutkiewicz.

And Camp was beaten on his near post again as Marriott made the game secure for Derby. The striker beat the offside trap to latch on to Forsyth’s through ball and smashed the ball through the Birmingham keeper’s legs from the tightest of angles.

Birmingham boss Garry Monk said: ‘We lacked concentration for the goals, we made mistakes for their goals and that cost us the game.

‘We will take the defeat on the chin because we have had a fantastic run. The next step is to show that we can respond because we haven’t had many defeats.

‘We want to show we can compete with teams at the level of Derby.’