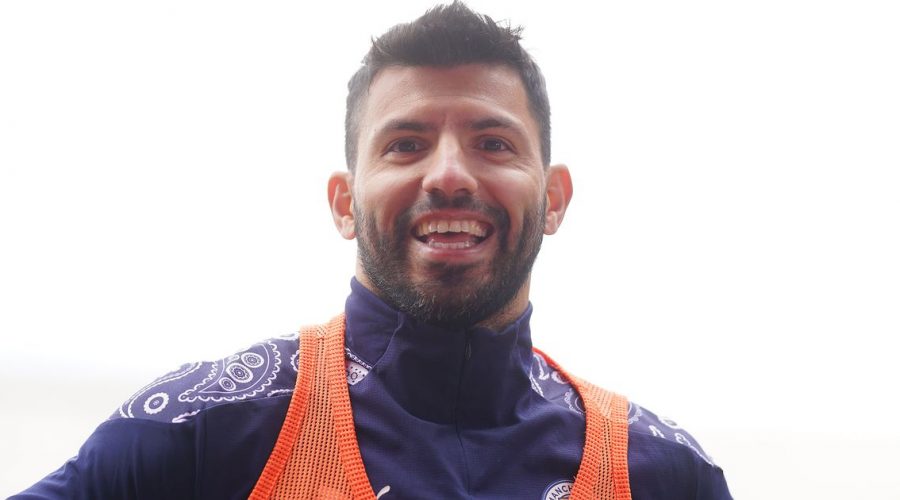 Manchester City reached the Champions League final for the first time in their history on Tuesday night – meaning departing legend Sergio Aguero is on the verge of fulfilling a promise he made back in 2014.

City brushed aside Paris St-Germain in the semi-finals to reach the showpiece, where they will face either Real Madrid or Chelsea on May 29.

Pep Guardiola’s men picked up a 2-1 win away from home in the first leg of their last-four tie with PSG, before winning the decider 2-0 in Manchester.

And having reached their first ever final, City will now hope to go one step further and win the competition in Istanbul at the end of the month.

Should they emerge victorious, Aguero will literally be fulfilling his 2014 promise to the club’s fans – that he will not leave until they win the Champions League.

The Argentina striker is set to call time on his 10-year stay at City this summer regardless of how they fare in Istanbul, having fallen out of favour under Guardiola this season.

Winning Europe’s elite-level club competition will be the perfect way for him to bow out at the Etihad, while also ensuring his seven-year-long promise comes true in almost poetic fashion.

With four years to run on his contract at the club in 2014, Aguero said: “Not only will I stay the four (remaining) years to make it eight here in total, I'll stay beyond that — until we win [the Champions League].”

City had only reached the Champions League semi-finals once in Aguero’s 10-year stay at City, coming against Real Madrid back in the 2015/16 campaign.

Manuel Pellegrini’s men were beaten 1-0 on aggregate by the Spanish giants, and in the four seasons which followed they failed to make it past the quarter-finals.

They will now bid to become the 23rd side to win the European Cup and Champions League in the all-important Istanbul final, with Chelsea and Madrid set to battle it out to face them in the second leg of their semi-final on Wednesday night.

READ MORE:Chelsea team may be asked who club must sign amid Erling Haaland and Sergio Aguero hunt