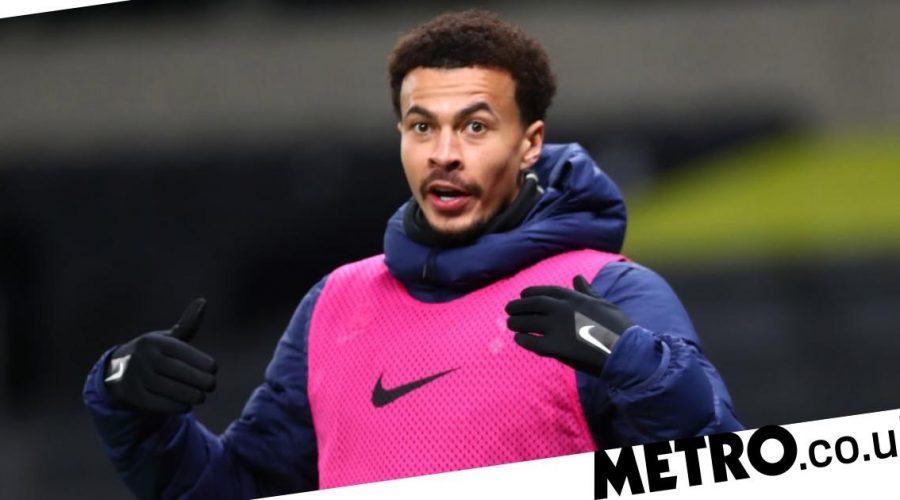 Dele Alli has risked the wrath of Tottenham boss Jose Mourinho by sharing his disgruntled reaction to being left on the bench after the side’s 1-1 draw with Fulham.

Mourinho hinted Alli could be set for a key role after an impressive individual performance in Tottenham’s thumping FA Cup win over Marine at the weekend but the out-of-favour midfielder was once again left frustrated on Wednesday night.

Spurs had looked on course for all three points as Harry Kane headed home an exquisite cross from summer arrival Sergio Reguilon, arguably the standout player at the Tottenham Hotspur Stadium, to break the deadlock in the 25th minute.

The north London club failed to increase their advantage as Son Heung-min struck the post midway through the second half and were made to pay for their missed chances just moments later as Ivan Cavaleiro levelled with a 74th-minute header.

Mourinho responded to Fulham’s equaliser by throwing on Erik Lamela and Carlos Vinicius as the hosts desperately searched for a winner but attacking options Gareth Bale, Lucas Moura and Alli all remained on the bench and the points were shared.

Alli, presumably less than impressed to finish the game as an unused substitute once again this season, took to Instagram to share a rather glum-looking selfie as he headed home from the match.

The post is unlikely to go down too well with Mourinho, who has been vocal with his criticism of Alli’s attitude and performance across the campaign, even accusing the England international of ‘creating problems for his own team’ after Tottenham’s Carabao Cup win over Stoke City.

Alli’s only league start this season came in their opening clash with Everton back in mid-September and the former MK Dons man was replaced at half-time that day, shortly before Dominic Calvert-Lewin’s winning goal.

There have been rumours Alli could be set to join former manager Mauricio Pochettino at Paris Saint-Germain before the end of the January transfer window, with the Ligue 1 champions reportedly putting together a package to convince Spurs to part with their player.

Speaking after Tottenham’s draw with Fulham, a frustrated Mourinho hit out at his players for failing to ‘kill the game’ when they had opportunities to do so against their London rivals.

‘Once more we concede a goal that is completely avoidable.’ the Portuguese told Amazon Prime Video.

‘I have to admit in the second half they played more. They were losing and tried but Hugo Lloris did not make a save but we did not kill the game. Again we lose the man in the corner.

‘We have lots of opportunities to kill off matches. In other cases especially away we are winning but then don’t have that ambition to get the goal and kill the game.

The Tottenham head coach told BBC Sport: ‘We have to kill a game and we didn’t but you have to keep a clean sheet, not make mistakes, so it was a very avoidable goal.

‘The markers are there, there wasn’t even an advantage in terms of numbers.

‘They were intelligent enough to understand the way they play, they change, they become more defensive and they are getting results.

‘I thought they were a bit lucky but they were good. We have bad results and we should – and we could have – avoided these results.’

The result leaves Tottenham down in sixth place, with Manchester City rising to third after their 1-0 win over Brighton in Wednesday’s other game.

Spurs will be hoping for a positive response this weekend when they travel to Bramall Lane to take on Premier League strugglers Sheffield United.