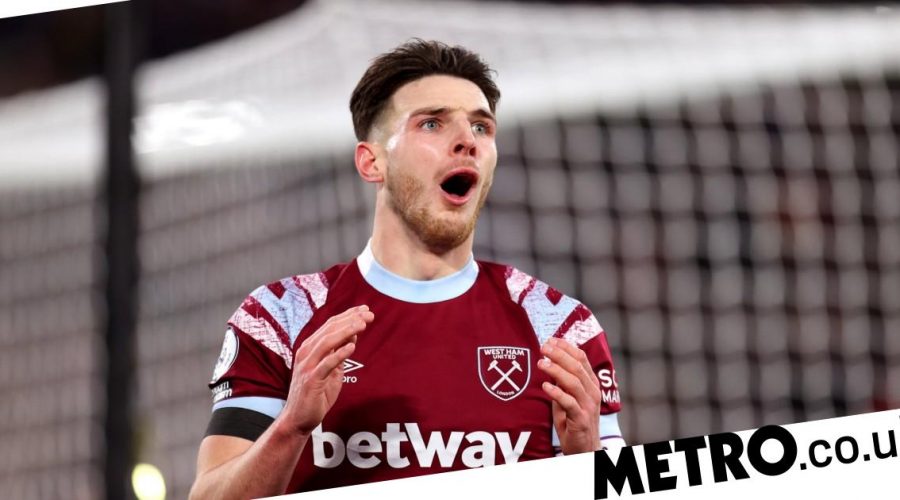 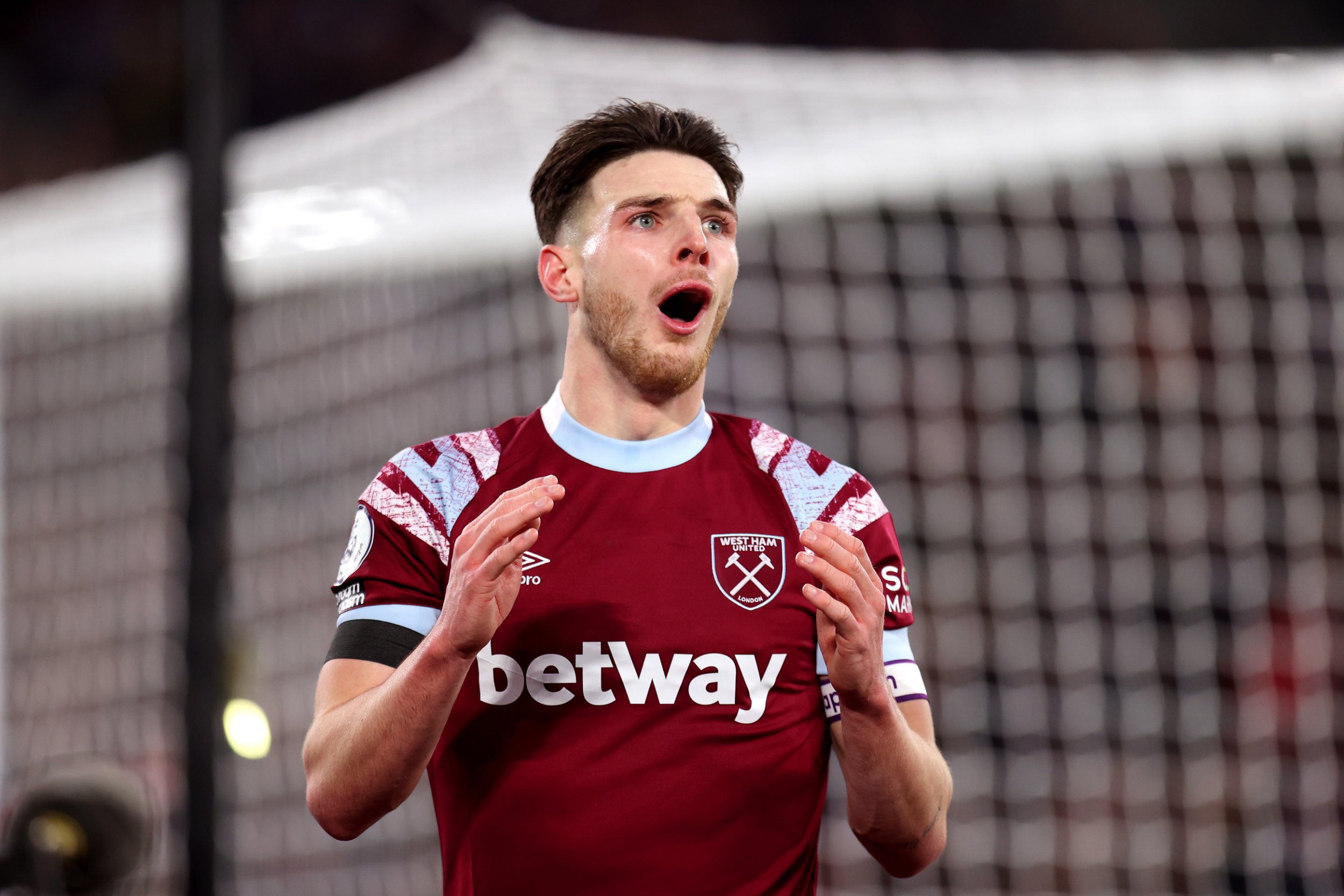 Declan Rice is favouring a move to Arsenal ahead of Chelsea, according to reports.

Chelsea have been long-time admirers of the West Ham midfielder and are expected to revamp Graham Potter’s squad even further at the end of the season.

However, Chelsea now face competition from Arsenal after it emerged this week that the Gunners have made the England international one of their top targets for the summer.

West Ham are expected to sell Rice at the end of the season as the 24-year-old is keen to play for a club in the Champions League.

Chelsea have been favourites to sign Rice but according to The Guardian, the West Ham midfielder is ‘learning’ more towards joining Arsenal due to the prospect of playing under Mikel Arteta.

The report also claims that Arteta is a ‘huge fan’ of Rice and has already made plans regarding where the midfielder would fit in his system at Arsenal.

It’s also understood that Rice believes Arteta can help improve his game and the move to Arsenal ‘appeals’ to the midfielder.

West Ham will be looking to secure over £100 million for Rice as his current deal expires next year but the club have the option to extend to 2025.

Speaking during England’s World Cup campaign, Rice made it clear he is keen to test himself at the highest level for his club.

‘For the last two or three years I have been saying that,’ Rice said.

‘I have been playing consistently well for [my] club and I feel like I really want to keep pushing.

‘I see my friends here who are playing in the Champions League and for big trophies… you only get one career and at the end of your career you want to look back at what you have won and the biggest games you have played in. I am really ambitious.’