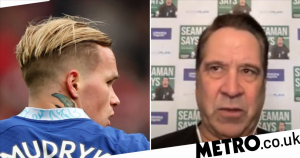 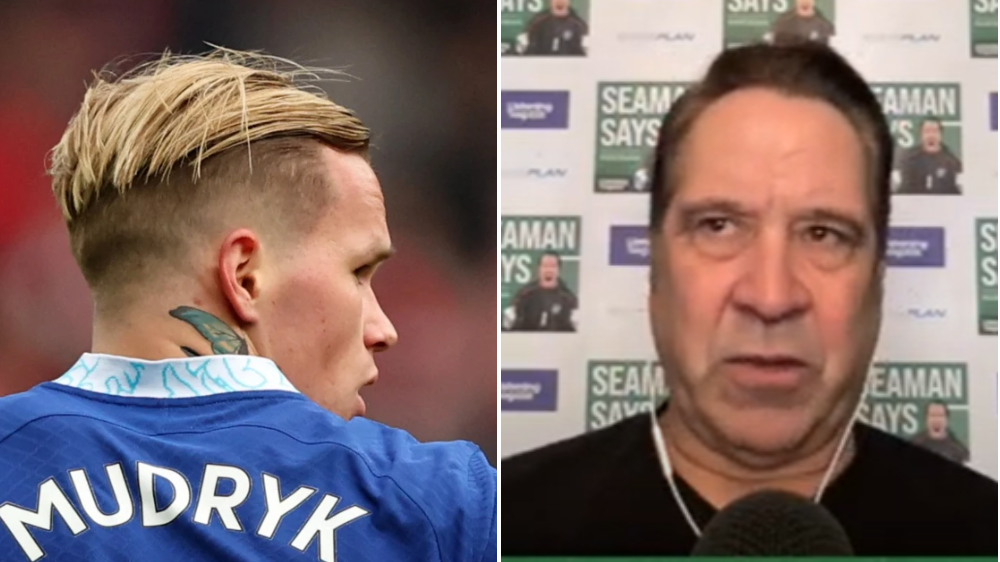 Arsenal legend David Seaman admits he was disappointed his old club missed out on the signing of Myhailo Mudryk but believes the new Chelsea winger only joined the Blues for the money.

The Ukraine international flirted with the Premier League leaders throughout the opening two weeks of the January transfer window as the Gunners attempted to agree a fee with Shakhtar Donetsk.

Arsenal had three bids rejected which allowed Chelsea to swoop in at the last minute and secure the services of one of European football’s most highly rated young players in a deal that could eventually be worth €100million.

The 22-year-old made his debut as a second half substitute against Liverpool at Anfield last weekend and went a long way to justifying the hype generated by his performances in this season’s Champions League group stages.

Seaman was impressed with Mudryk’s cameo against Jurgen Klopp’s side, during which he terrorised James Milner, but feels money was ultimately the decisive factor in a transfer saga that ultimately ended in disappointment for Arsenal.

He told the Seaman Says podcast: ‘When he came on he looked really good I was really impressed with a lot of his control, the way he was going past defenders, the little passes that he saw.

‘I was thinking he looked special and I thought I would’ve liked him at Arsenal if I’m honest. He’s gone for the money!

‘You would think that Martinelli would be the one because when he came on against Liverpool he was on the left so would it be for Martinelli or as another striker. I’m quite happy he didn’t he would’ve upset the squad, I’m sure it would.

‘We can’t compare with people like Chelsea, Man City, Liverpool and even Man Utd on the financial side of deals. If we do something really special this year that puts us back up there.’

Mudryk and Chelsea will enjoy a rare week off given their absence from the FA Cup fourth round following their 4-0 defeat at Manchester City earlier this month.

Graham Potter was impressed with his most expensive of six January recruits so far and is looking forward to integrating him further into his starting XI in the coming weeks.

‘He’s not played football for a while, he’s been on a mid-season break,’ said Potter following the Liverpool stalemate. ‘He hasn’t had any game time and it would have been a risk. We had to manage his minutes, but you can see his quality.

‘He was really good. He will get better the more he is with us and the more we see him and vice versa but there were promising signs.

‘He has had two [training] sessions with us but from watching him with Shakhtar Donetsk and seeing his quality, he is dangerous in one-v-one situations, he gets supporters off their seats and knows where the goal is. Our job is to help him settle in.’