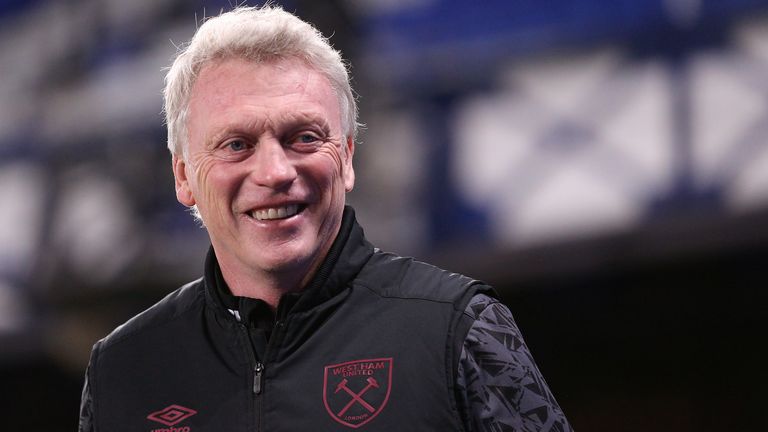 David Moyes insists West Ham would not be disappointed if they miss out on the top four but has vowed to do everything he can to secure Champions League qualification.

West Ham currently occupy fourth spot, one point ahead of Chelsea in fifth and one point behind Leicester in third, with seven matches of the season remaining.

The Hammers have been a surprise package in the Premier League and head into Saturday’s game at Newcastle, live on Sky Sports, in good spirits following a 3-2 victory over Leicester last time out.

“That’s what I want to do. I want to try and take it as long as I can, right to the end.

“I feel as if we have to try and win our games. If we do that, then we will give ourselves a chance.”

The Newcastle trip takes on added significance and is a game with implications at both ends of the table, as the hosts look to build off their Burnley victory and ease their relegation fears.

Meanwhile, West Ham have matches against Chelsea and Everton to follow in the coming weeks, and the Hammers cannot afford dropped points if they are to turn their dream of Champions League football into reality.

Moyes, who led Everton to a top four finish in the 2004/05 season, appeared to try and take the spotlight off his players by insisting the bulk of the pressure is on their rivals for a Champions League spot.

“When you are ahead in the table at this moment in time of Chelsea, Liverpool, Tottenham, Everton, Arsenal, it would be very difficult to say that it is in our hands because we are talking about incredibly good teams, with strong squads, who have spent a lot of money,” Moyes added.

“It will be hard, but we will keep going, we take one game at a time at the moment and see where we end up.”