‘I have heard nothing about it’: David Moyes insists he is in the dark over Jack Wilshere’s contract dilemma as midfielder nears an early exit

David Moyes insists West Ham’s hierarchy have not told him if they are talking to Jack Wilshere about cancelling his contract.

The 28-year-old’s deal expires at the end of the season and Sportsmail understands the midfielder and the club’s owners have explored the possibility of ending it now.

In response, Wilshere took to Instagram on Friday to say cryptically: ‘Work hard in silence and be ready for what happens next.’ 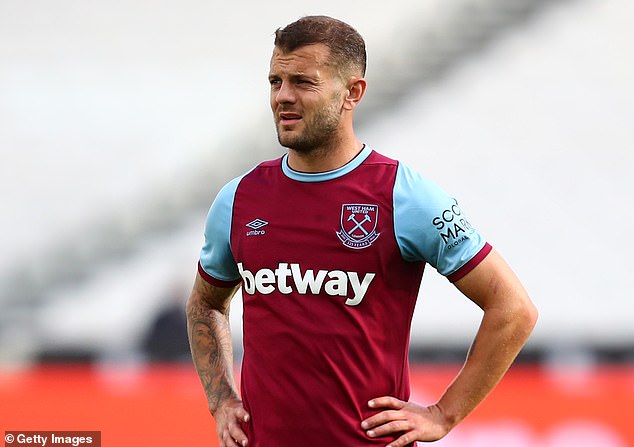 Moyes said: ‘I have heard nothing about it. Jack has a year to go, he’s here, I have really enjoyed working with him.

‘He has trained through all of his injuries since lockdown, he hasn’t missed a day. He is available for selection.’

Wilshere has made just 18 appearances for West Ham since joining in 2018, two of those as a substitute in July. 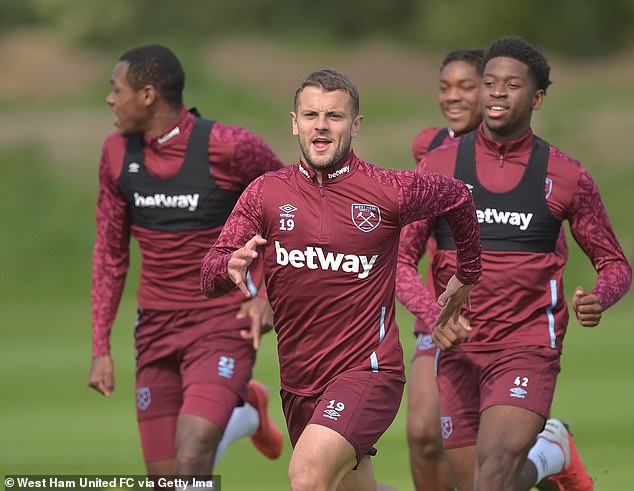 Moyes also defended captain Mark Noble, who tweeted last week he was ‘sad, angry and disappointed’ that academy graduate Grady Diangana had been sold to West Bromwich for £18m.

Wilshere had also tweeted support saying: ‘Go and do your thing in a club that respects you.’

Moyes said: ‘It showed a real togetherness with the players and what Grady meant to the players and the club. Mark has been in that situation for about 20 years and he just showed how he felt. I was disappointed to see Grady go, but I understand.

‘I think that was down to spending on Jarrod Bowen and Tomas Soucek in January. We might have spent a lot of our summer budget in the January window to keep us up.’

September 11, 2020 Soccer Comments Off on David Moyes is in the dark over Jack Wilshere's contract dilemma
NFL News