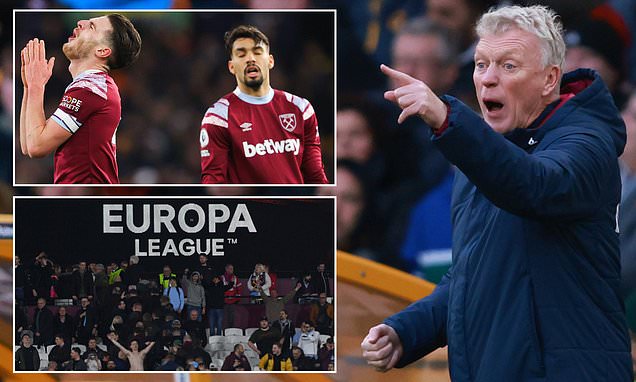 ADRIAN KAJUMBA: David Moyes has given West Ham fans the time of their lives by getting them into Europe – but his time could be up if they lose to fellow strugglers Everton, as he struggles to live up to those heights this season

David Moyes has given some supporters the times of their lives following West Ham. He also has his fans among the club’s hierarchy.

Moyes has earned their trust to get credit in the bank and, in an ideal world, some would like to be able to give him more time to halt West Ham’s slide.

‘I think that now, there’s a board there who is very trusting of their manager,’ insisted Moyes, who highlighted that he had brought European football to the London Stadium, as co-owner David Sullivan wanted, and assured he is not fearing for his job. 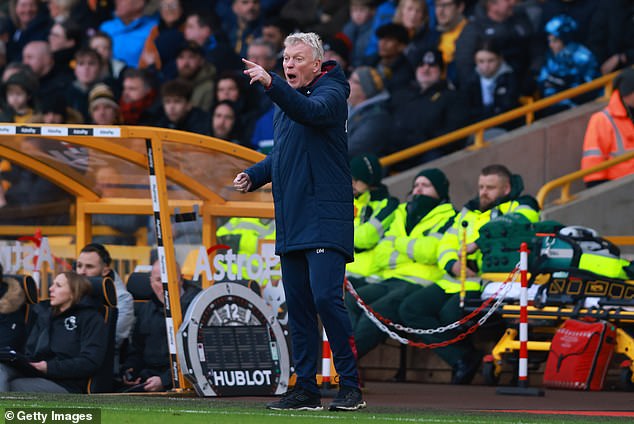 David Moyes has earned West Ham’s trust, but his time could be up if they lose to Everton 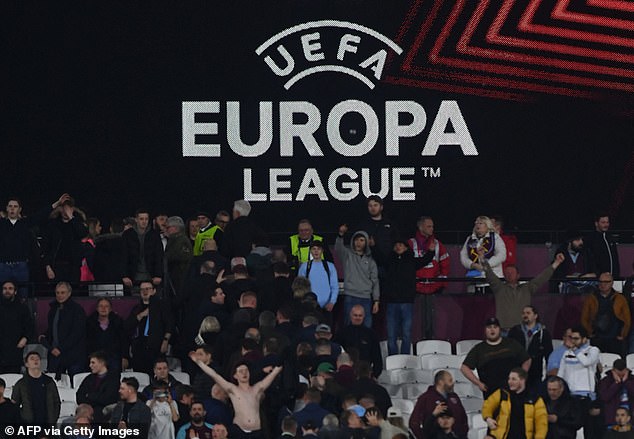 ‘I speak to them regularly. They’ve been greatly supportive. They are very much in the mindset that what we have done in the past three years has been good and let’s see if we can get back to doing it again.’

Yet, here we are with Moyes on the brink. In this results business, Moyes and third-bottom West Ham have not been able to keep the good ones coming.

The expectation now is that defeat against his former club Everton and the equally-under pressure Frank Lampard and that could be that. 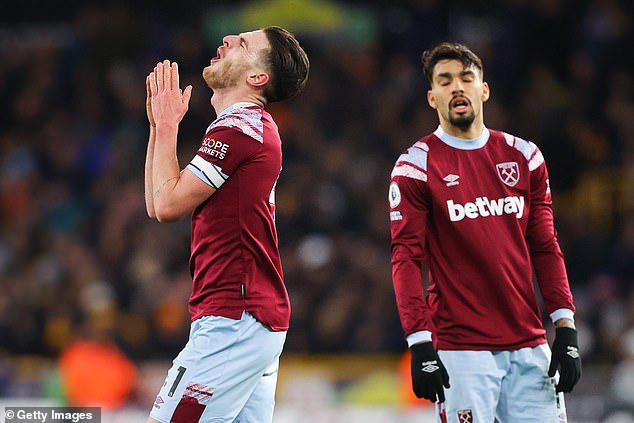 It is a scenario few could have predicted just nine months ago when they were contesting a Europa League semi-final, en-route to finishing seventh to earn a second successive year in Europe after finishing sixth the previous season.

Stelios Kyriacou, 60, a season ticket holder who runs YouTube channel West Ham Voice, said: ‘I’m an old fan and never thought we’d get back into Europe again or even win a trophy and when we got to the semi-finals we were asking ourselves “is this really happening?” We’ve been pinching ourselves.

‘As a West Ham fan the good times would come few and far between and we celebrate them because we don’t know when the next good time is going to come.’

West Ham legend Tony Gale said: ‘I couldn’t be any more vocal in championing David Moyes because he has been brilliant for West Ham with what he has done for the club in the last two seasons – the European excursions, turning the whole club around completely, bringing the whole football club together because there was a little bit of discord with the fans. He has been the main reason why they have done so well.’ 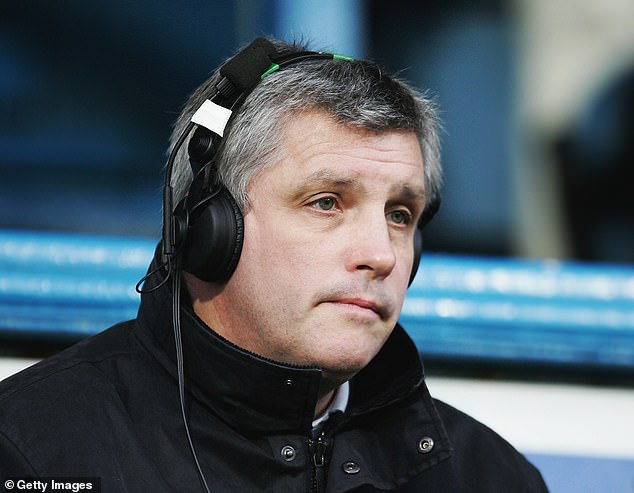 West Ham legend Tony Gale (pictured) is backing Moyes, as he has been key to their success

Why that positive trend has not continued has sparked much discussion.

‘From the outside looking in, this season it seems to lack the intensity of the last couple of seasons’ Gale said.

On the BBC’S The Footballer’s Football Podcast, striker Michail Antonio explained how their lofty finishes made them raise their target from survival to the Champions League.

‘We were jumping steps. We’re trying to transition to become a bigger team and, I’ve got to be honest, it ain’t working.’

Antonio is not alone in thinking the attempted changes are a big factor in West Ham’s difficulties. They have included a shift in the profile of transfer target.

Some of those who arrived in last summer’s spree of around £160m are undoubtedly good players but also differ in style to those previously targeted.

There is a theory held by some at West Ham that Lucas Paqueta might have been a better fit for some of his big-name suitors rather than them.

Similarly striker Gianluca Scamacca. His qualities might suit the possession-based team West Ham hoped to become more than the counter-attacking one they successfully were. In that context, Danny Ings £12m arrival from Aston Villa makes sense. 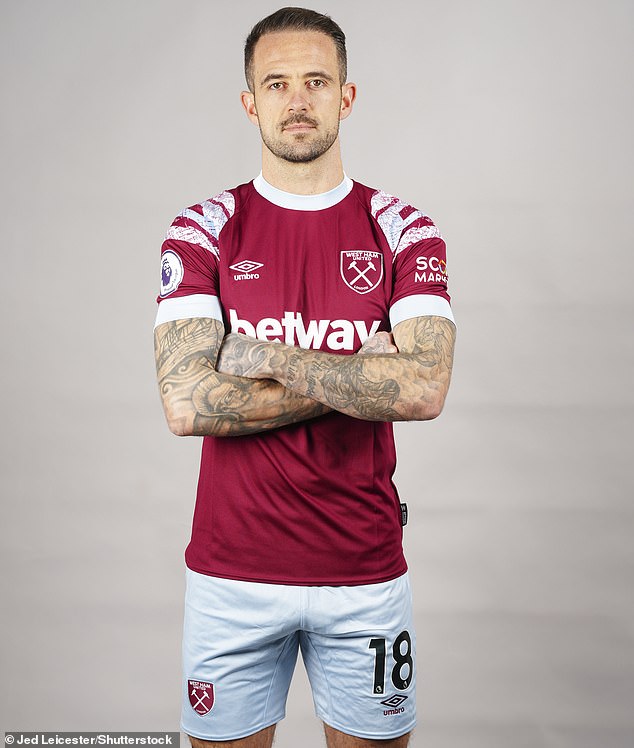 While Paqueta and Scamacca were not West Ham’s only signings last summer, as the two biggest, them not being transformative has hit Moyes’s plans.

‘We tried to break it a little bit in the summer, move it onto another level,’ he said.

‘When you do attempt to do something like that there is always a chance that you can find difficulty. I believe we are better, we just haven’t shown it yet on the field.’

The transformations of the likes of Fabian Schar, Miguel Almiron and Joelinton at Newcastle, he explained, have given Moyes reason to be hopeful. 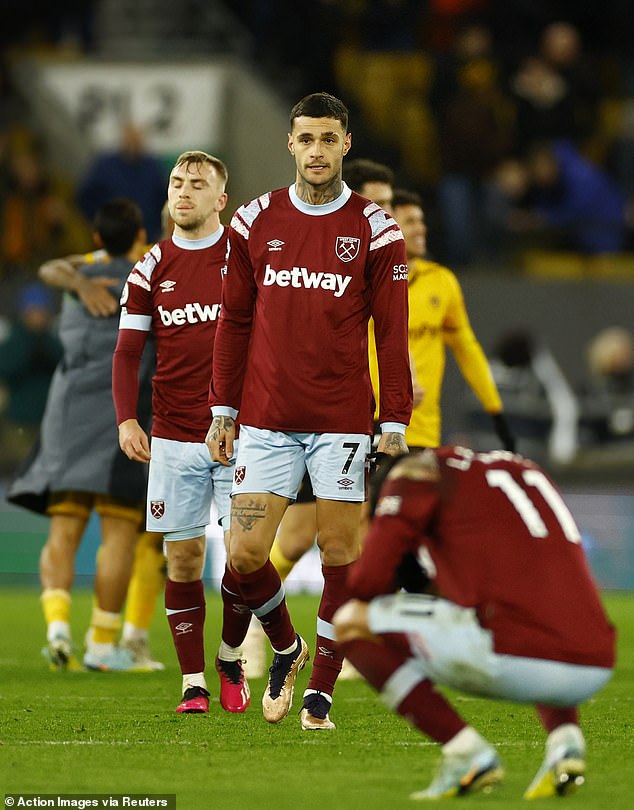 ‘Maybe a change of manager that can be the reason as well,’ he added, though will hope that is not required at West Ham.

Unsurprisingly the mood among West Ham’s players is not great. Confidence is low, encapsulated by a reluctance to try things on the pitch. Questions are beginning to be asked by some stars about where they might stand if West Ham go down.

Moyes, though, was in an upbeat mood ahead of Everton’s visit, joking about ‘talking s****’ on a recent podcast appearance in which he claimed it ‘wouldn’t be the end of the earth’ if he was sacked and the prospect of more money coming his way with West Ham being 15th and higher than Newcastle in the latest Deloitte Football Money League. 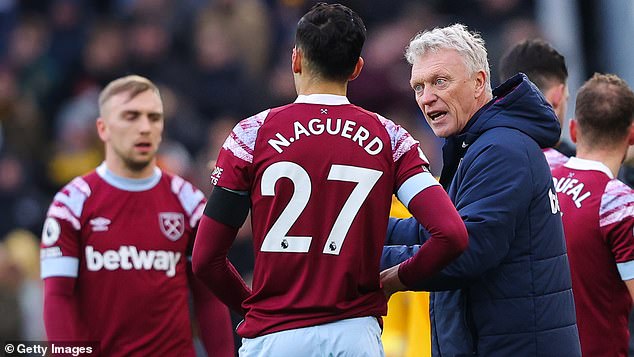 Right now, though, their place in the Premier League is their biggest priority.

Kyriacou pointed out that West Ham’s European form under Moyes has masked their domestic results and said his ‘concern’ has now become ‘panic’ with the changes in tactics and results he hoped to see post-World Cup not being forthcoming.

He also spoke of his worry that after today’s tributes following the passing of late co-owner David Gold a potentially toxic atmosphere could break out if things do not go to plan on the pitch.

‘I thought the Wolves game [a 1-0 defeat] was more defining [than Everton],’ he added.

‘I think it’s quite possible that whatever the result on Saturday, Moyes could be gone.’

Gale said: ‘I’m all in favour of keeping David. I don’t think there is a better man to get them out of this kind of situation.

‘But results, eventually will determine the course of the football club and David’s career.’

How he needs one today.

Moyes, who has saved West Ham from relegation twice, added defiantly: ‘Let me tell you, my plan when I came to West Ham was never to be in this position.

‘It is still my plan but I’ve got myself in it and now I have to get myself out of it.’

January 20, 2023 Soccer Comments Off on David Moyes has given West Ham fans the time of their lives
NFL News