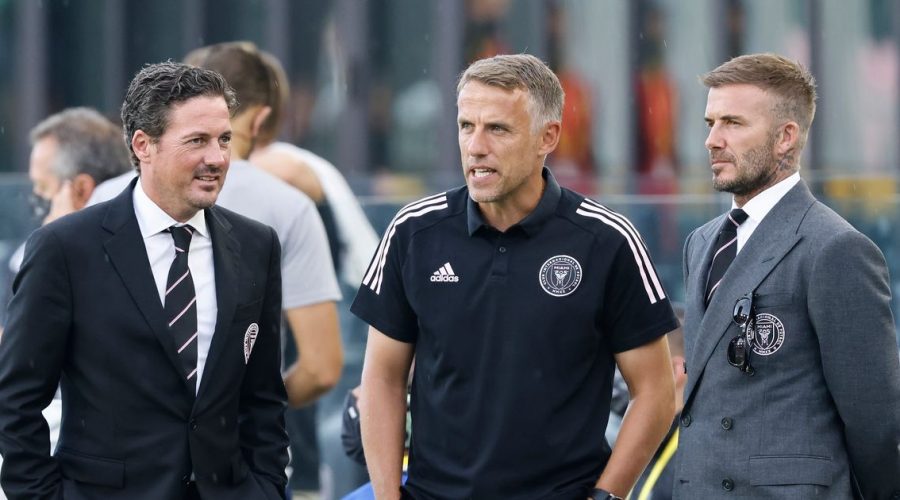 The former Manchester United star watched on as New England Revolution thumped his men 5-0 at home on Wednesday night.

Beckham is set to fly out to Florida as his side continue to struggle for form, but fully supports his former team-mate, who is now calling the shots, according to The Sun.

Inter Miami have won just two of their 12 games this term and sit bottom of the Eastern Conference.

During their six-game losing streak they have scored just the once with leading lights Gonzalo Higuain, Blaise Matuidi and Rodolfo Pizarro all failing to produce.

Following their most recent loss Neville said: “It is the lowest in terms of my feelings after a defeat since I came to this club — and we have had some disappointments.

“But I feel the owners’ full support. They don’t need to tell me their concerns.

“Our run puts me under pressure, no excuses.”

He later added: "I wasn't expecting it. The players need to take a long, hard look at themselves, and so do I. We win and we lose together.

"Ultimately it's my job to make this team better, and in this moment in time they are not. That's on my shoulders.

"When we suffer a disappointment, we need to make sure that we can recover. That's what football's all about – having courage, bravery, not letting your team-mates down on the field."

Neville's only previous job in management was with the England Women's team. Despite leading them to a World Cup semi-final Neville's tenure ended poorly, losing seven of his final 11 games.

Upon his arrival in Miami Beckham defended the appointment, insisting their personal relationship was not a factor in the decision to hire Neville.

He said: “Of course, people are always going to turn around and say, oh, it’s because he’s your friend. It’s nothing to do with him being my friend.

“Our ownership group don’t just employ our friends. We employ the best people, whether it’s on the field, off the field, in our backroom staff, the staff that we have work in our training facility, at the stadium.

“We are running a serious soccer club here. And I think at the end of the day, we hire people that we feel are best suited for the job.”