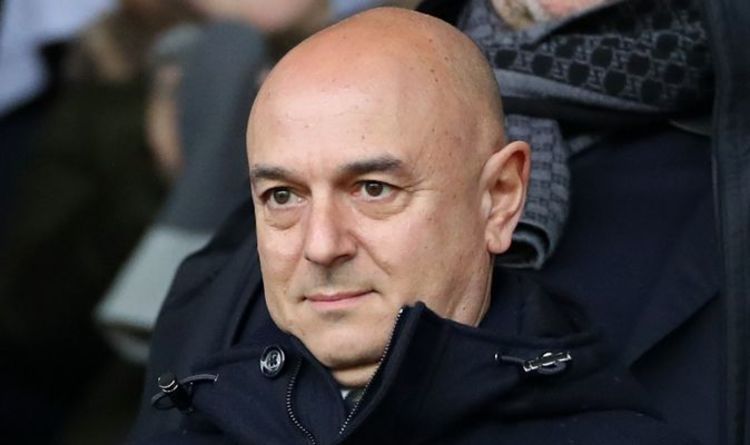 Tottenham chairman Daniel Levy recently marked 20 years as chairman of the club but there is a feeling that this could be his toughest spell at the helm of the club. Levy’s relationship with the club’s supporters has been strained since the club were forced to renege on their decision to join the breakaway European Super League.

The issues have sunk to deeper levels too, considering Spurs are still without a permanent manager some two months after sacking Jose Mourinho.

Levy has overseen the search for a new boss but, with top targets such as Julian Nagelsmann heading to Bayern Munich and Julen Lopetegui staying with Sevilla.

More recently, Spurs had entered talks with Paulo Fonseca and Gennaro Gattuso but for different reasons the deal broke down and time is running out for Levy and new sporting director Fabio Paratici.

Just to pile on the misery, Harry Kane has suggested he wants to leave the club for a new challenge after becoming frustrated with the club’s inability to win trophies. 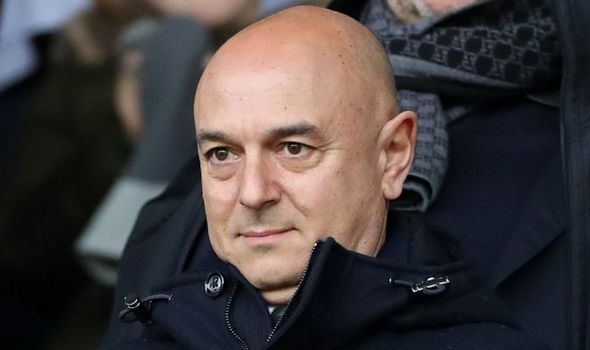 It wasn’t always like this for Levy, who remains one of the most powerful chairmen in English football.

He was responsible for the club’s move to their £1bn arena at the Tottenham Hotspur Stadium and state-of-the-art training complex.

The 55-year-old has become notorious for refusing to budge over transfers and other negotiations, but on the whole he is respected by his peers.

He faces another long summer in the transfer market, with Manchester City keen to sign Kane for £100million. But as history shows, he is more than willing to drag out the process in order for his demands to be met.

Levy had sanctioned the deal to sign Modric from Dinamo Zagreb in 2008 for around £16m, and he was not about to allow the midfielder to go after producing some excellent displays in the 2010-11 season.

Chelsea had wanted to sign Modric as part of Andre Villas-Boas’ revolution at Stamford Bridge and owner Roman Abramovich even invited Modric onto his yacht on the Cote d’Azur.

Despite the fact Modric had publicly revealed his desire to leave and Chelsea had offered as much as £40m, Levy refused to entertain their bids. The Croatian revealed in his autobiography how Levy slammed the door shut on his move.

“He reprimanded me for publicly announcing I wanted to leave and repeated that Tottenham had no intention of selling at any price,” he wrote.

Modric stayed for another season and when Real Madrid came calling with a £33m bid, Levy accepted. He would go on to win the Ballon d’Or in 2018 and become one of Real’s most distinguished foreign imports in recent times. 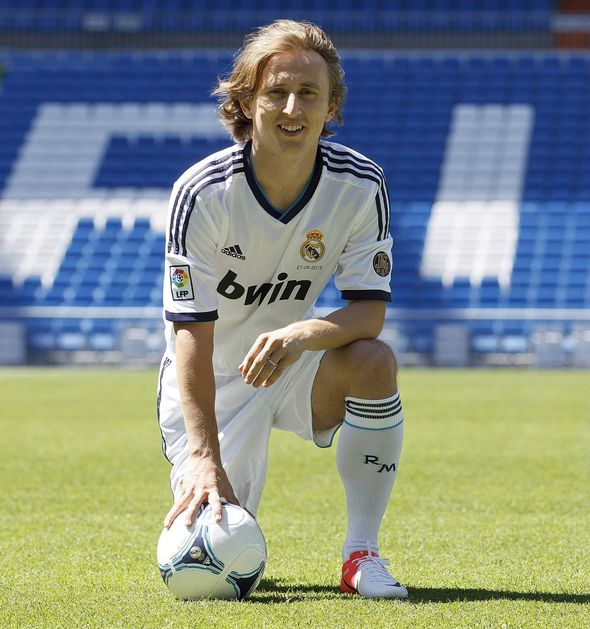 The meteoric rise of the Welshman from nervous left-back to world-class goalscoring winger might have taken Tottenham by surprise.

But when Real Madrid registered their interest in one of their stars for a second consecutive summer, Levy was prepared this time.

Such a deal would have smashed the world transfer record set by Cristiano Ronaldo after his £80m transfer to the Spanish capital in 2009. 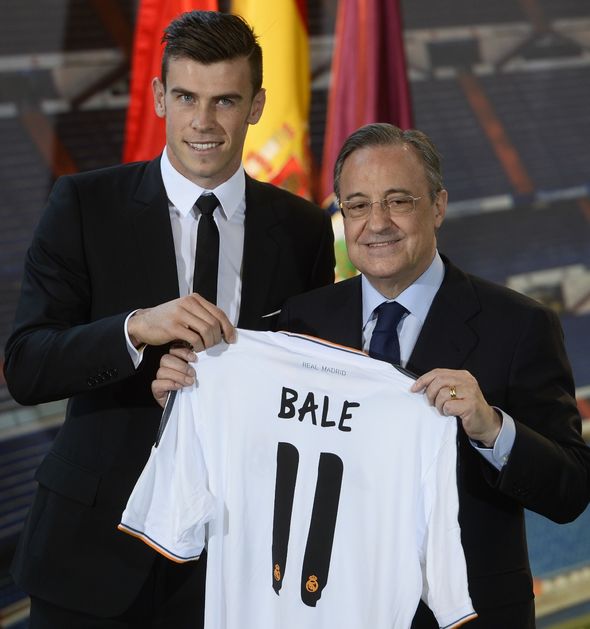 As the clock wound down to the final day of the 2013 summer transfer window, Levy had already spent £85m on seven new signings including Erik Lamela and Roberto Soldado.

Yet he still managed to negotiate an £85m fee with Real and Bale headed to the Santiago Bernabeu, making him the most expensive player in football history.

Bale would go on to win four Champions Leagues and two LaLiga titles with Los Blancos and is still under contract in Madrid.

But his future is unclear after spending the season on loan with his former club, seven years after leaving for Spain.

Sir Alex Ferguson was described dealing with Levy as “more painful than my hip replacement” after finally convincing Tottenham to sell Berbatov.

The Bulgarian was hot property in the 2007-08 season after finishing the season with 15 league goals, with both Manchester clubs interested in signing the former Bayer Leverkusen striker.

Spurs were furious with Man United’s attempts to lure Berbatov to Old Trafford and submitted a year’s worth of evidence to the Premier League alleging they had tapped up the star.

Berbatov was insistent on leaving due to his desire to play in the Champions League and Levy’s attempt to drive up the price worked wonders, agreeing only a £30m fee with Man City.

That forced United to increase their bid to £30.75m and after rushing through the paperwork, the deal was completed at the last moment, a year after the saga had began. 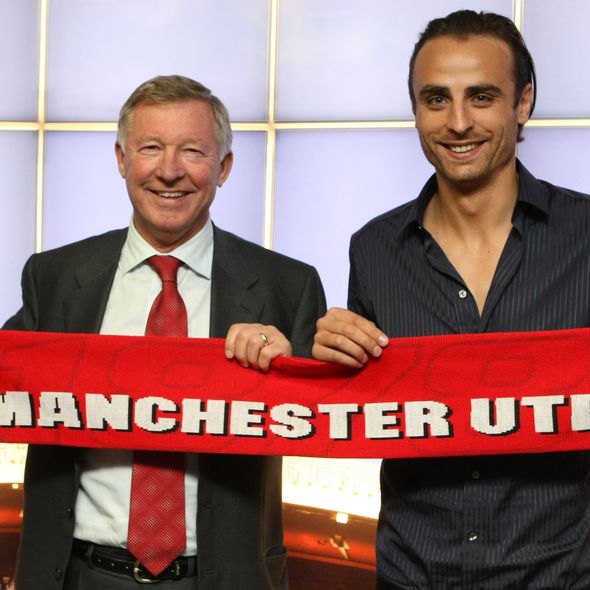 As part of Tottenham’s decision to sell Bale, Levy sought to revamp the playing squad with seven new signings.

Lamela was the most expensive, with the Argentinian arriving in a £30m transfer from Roma, while Spain international Soldado joined from Valencia for £26m.

But it was the addition of Eriksen which created a sense of excitement in north London.

Not only was the playmaker one of Europe’s brightest talents at the time, he would cost just £13m from Ajax after Levy seized on his contract stand-off with the Dutch giants. 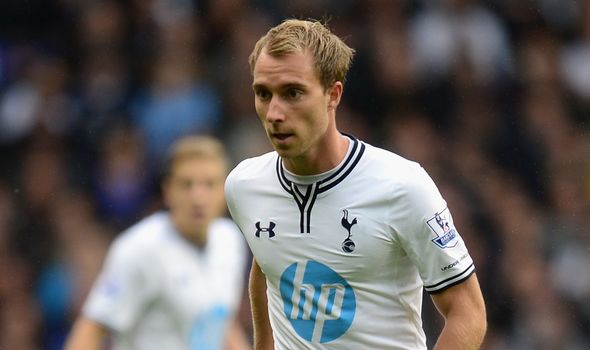 The Denmark international had run down his contract with the Eredivisie outfit with only a year left to run.

While Bayern Munich were apparently willing to wait to snap him up on a free transfer the following the summer, the Spurs supremo pounced for a cut-price fee.

Seven years later, the shoe was on the other foot. Eriksen had six months left on his contract and refused to sign an extension.

With Inter Milan keen to sign the playmaker, Levy held firm on his £17m valuation and the Serie A completed the swoop in January 2020, with Eriksen winning the Scudetto the following season.