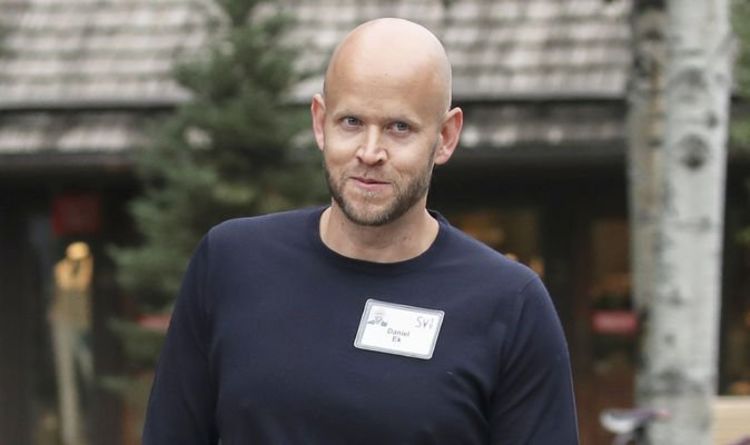 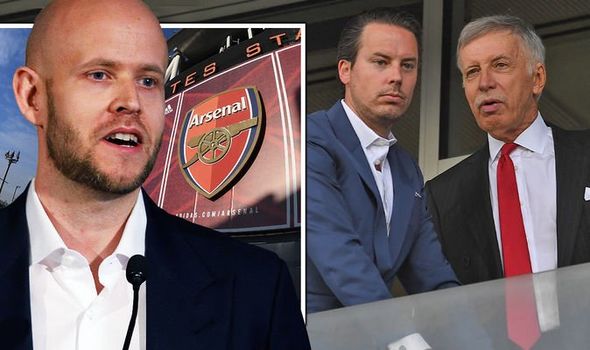 Daniel Ek and the trio of Arsenal legends part of the consortium planning a takeover bid of the Gunners will not be put off by the latest statement from Stan and Josh Kroenke, according to reports. Ek, along with the backing of Thierry Henry, Patrick Vieira and Dennis Bergkamp, remain keen on buying Arsenal.

Josh Kroenke, Arsenal director and son of owner Stan, stated at a fans’ forum last week that they had no intention of selling the club.

And the Americans have reiterated that stance in a joint statement released on Tuesday afternoon.

The statement read: “In recent days we have noted media speculation regarding a potential takeover bid for Arsenal Football Club.

“We remain 100 per committed to Arsenal and are not selling any stake in the Club.  We have not received any offer and we will not entertain any offer.

“Our ambition for Arsenal remains to compete to win the biggest trophies in the game and our focus remains on improving our competitiveness on the pitch to achieve this.

However, that has seemingly not put off Spotify owner Ek and his consortium from plotting a bid soon.

The Guardian says the statement ‘hasn’t altered the appetite’ of Ek and the three former players.

The Telegraph say the consortium were fully expecting a ‘not for sale’ message from the Kroenkes and it does not change anything from their side.

Arsenal fans protested in their thousands outside the Emirates Stadium last Friday against the club’s ownership.

Ek tweeted after the protest his desire to buy the club he has supported since he was young.

The Swede is reportedly worth around £3.4billion, with Arsenal valued at roughly £2b by Forbes.

Speaking on Tuesday, Swedish financial journalist Johan Wendel claimed Ek would not have gone this far if he did not think he could afford to buy the north London club.

Wendel told Sky Sports News: “Well it all comes down to what the Kroenkes are asking for, of course, but I don’t think Daniel Ek would make a tweet like that, a comment like that, if he hadn’t thought of the financial considerations.

“I think he can afford it and the bulk of that wealth is Spotify shares.

“He owns Spotify shares worth almost £3.2b, so that’s the bulk of those shares.

“But I think he could afford it, but it all depends on the price and if the Kroenkes are [prepared] to sell.”