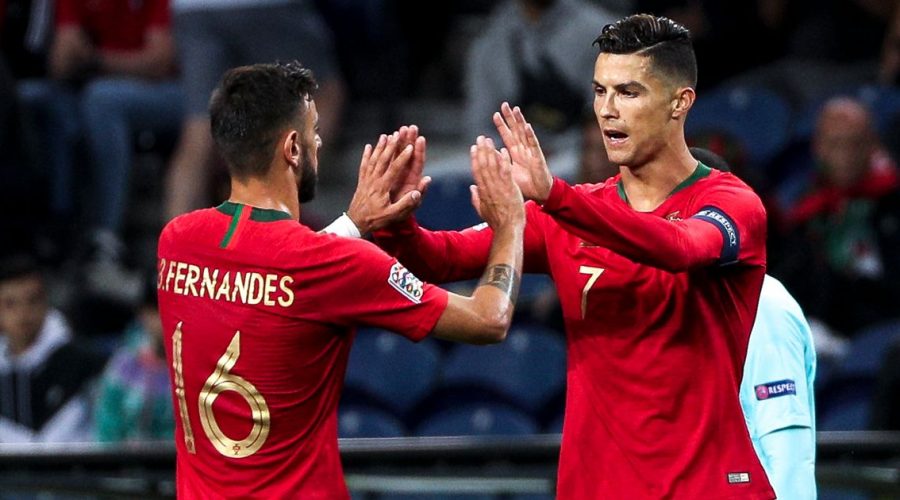 And the five-time Ballon d’Or winner had nothing but positive recommendations for Fernandes ahead of his move to Old Trafford.

United eventually signed the 26-year-old 12 months ago after a prolonged transfer saga throughout 2019.

Fernandes, who was bought for £47m but could end up costing the Red Devils £68m including add-ons, has proven to be a bargain.

His impact has reminded fans of how important Ronaldo was to the team during his spell at Old Trafford before leaving for Real Madrid.

Playmaker Fernandes has joined United later in his career than Ronaldo did, and is tied down on a contract until 2025.

But it was not a difficult decision for the former Sporting star, who had plenty of guidance from Ronaldo.

“Yeah I spoke with him because he knows the club better than me,” Fernandes told NBC Sport . “He gave me some advice. It was important for me.

“I think I would have joined the club anyway but when you speak with Cristiano it's always better.

"We just spoke about the club, how it’s so big and how it would be good for me. The opportunity I would have to join such a big club. To have a chance to fight for my trophies. This is the biggest advice he gave to me. "He said: 'Just go, enjoy it, you will love the fans, they will love you so just try to enjoy your game and the best of you will come'."

The two still catch up regularly when on international duty and are focal points in Portugal’s national team.