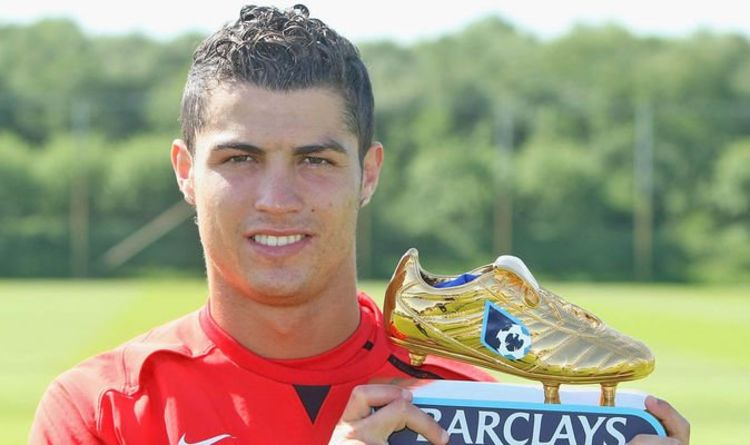 Cristiano Ronaldo marked his first appearance for Manchester United in 12 years with a fine double against Newcastle on Saturday. The 36-year-old is now looking to win the Premier League golden boot for a second time, having previously done it in the 2007/2008 season. Express Sport will now take a look back in the archives and reveal how it was done.

Ronaldo went into that season on a high after firing United to Premier League title glory the previous year.

But he actually endured a horrendous start to the campaign, as well as the Red Devils themselves.

United picked up just two points from their opening three fixtures, drawing with Reading and Portsmouth while losing to Manchester City.

To compound matters, Ronaldo was dismissed against Pompey for a headbutt.

However, after his suspension, the veteran returned transformed and better than ever.

Ronaldo scored 42 goals across all competitions that season, shining alongside Carlos Tevez and Wayne Rooney in attack.

And a remarkable 31 of those strikes came in the Premier League, where he then won the Golden Boot.

Ronaldo became the youngest player in the competition’s history to breach the 30-goal barrier.

And his goals were crucial for the Red Devils as they successfully defended their title, despite Chelsea being stubborn in the title race.

Out of Ronaldo’s 31 goals, just four were penalties.

And Aston Villa’s John Carew struck 13 times that year, despite entering the twilight years of his career at the time.

Now, Ronaldo will be looking to win the Golden Boot for a second time.

And the fact he’s already up and running, having scored twice against Newcastle, bodes well on that front.

Reacting to his brace, the 36-year-old said: “I didn’t expect to score two goals.

“I expected one but not two. It was an unbelievable moment.

“It is unbelievable. When I started the game I was so nervous, I swear.

“I did not expect that they would sing my name all game. The reception is incredible but I am here to win games and help the team.

“It was an unbelievable moment. I was super nervous and was thinking last night that I wanted to play good and show I was still capable of helping the team.

“This club is unbelievable and I am so proud. I am going to give everything to make them proud of me.

“Everyone knows the football in England is different than in any part of the world and to be honest it is the most special one.

“I arrived here at 18 and they treated me unbelievably and that is why I am back.”

September 12, 2021 Soccer Comments Off on Cristiano Ronaldo’s only Man Utd Golden Boot and who he beat to Premier League prize
NFL News