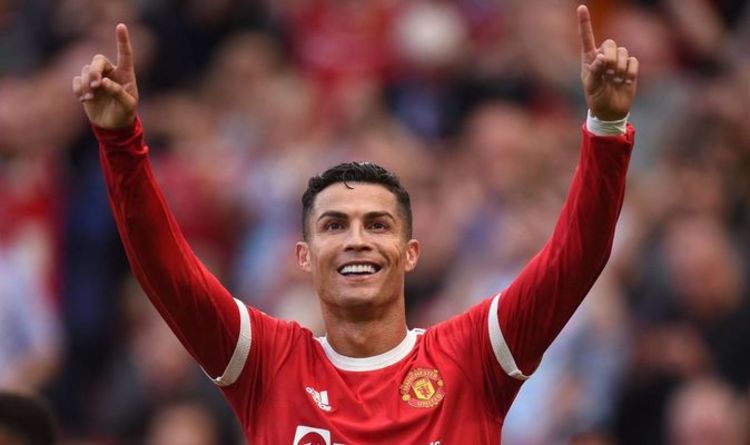 Cristiano Ronaldo’s mother was spotted inside Old Trafford enjoying her son’s successful second debut for Manchester United today. Ronaldo lived up to the hype surrounding his return, scoring twice to lead United to a 4-1 win over Newcastle United in the Premier League.

The 36-year-old’s first match for United in 12 years was hotly anticipated following his decision to move from Juventus in the summer transfer window.

The international break built up the suspense in Manchester and Ole Gunnar Solskjaer didn’t disappoint, handing his former team-mate a start.

After a slow start, Ronaldo put his side 1-0 up with a tap-in after Freddie Woodman could not hold Mason Greenwood’s deflected shot.

Javier Manquillo equalised, but Ronaldo was not to be denied, smashing a shot through Woodman’s legs to make it 2-1.

Those supporters included Maria Dolores, Ronaldo’s mum, who flew in from Portugal for the occasion.

United fans on social media soon noticed her looking extremely emotional after her son made sure of a dream return to the club he left for Real Madrid back in 2009.

Dolores posted on Instagram on Friday to make it clear she would be attending the match in person.

“On the way to Manchester, kisses everyone,” she wrote alongside a picture of her on a private jet.

Her attendance for Ronaldo’s big game was ironic, given the man himself has previously said he doesn’t like her watching him on important occasions.

Vieira’s remarkable record against Spurs after Palace ease to victory

“She’s not allowed now to watch big games,” Ronaldo said previously. “I say, ‘Listen, I don’t have a father anymore. I don’t want to lose my mum, too, so you’re not going to watch the quarter-finals, semi-finals, or finals’.

“She gets so nervous, I don’t understand why. She is not allowed now to watch big games.”

Thankfully, there was little to get nervous about on Saturday afternoon, as Ronaldo got up and running with two goals typical of his new playing style.

While his spell between 2003 and 2009 was defined by his stepovers and impact from the wing, his second stint will be quite different.

As the years have gone by Ronaldo has developed into a classic penalty-area poacher.

He certainly showed those instincts, following Greenwood’s speculative shot in to gobble up a rebound, while his second goal showed his pace and power as he smashed away from Luke Shaw’s pass.