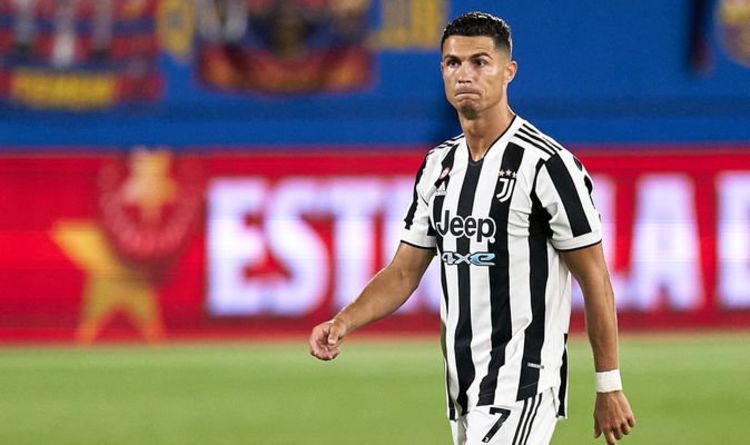 Cristiano Ronaldo’s future has looked uncertain at various points this summer, with an exit from Juventus remaining a remote possibility. Various avenues have been touted as the next step in his illustrious career, although none of them have come off so far. Interestingly enough, Lionel Messi and Manchester United have had their own parts to play.

The former Real Madrid man has continued his status as a certified goal-machine since joining Juve, although his £27million annual salary is a hefty price to pay.

Ronaldo’s remarkable scoring rate may be hard to replace, but such a wage commitment is restricting their options in the transfer market.

According to Marca, the club are subsequently open to letting him leave this summer.

The report covers multiple near misses over the past few weeks, one of which was with his former side Real Madrid.

Ronaldo supposedly offered his services to Los Blancos, although they turned their nose up at the prospect of a reunion in favour of a longer-term project involving either Erling Haaland or Kylian Mbappe.

Then comes PSG, a destination which has often been mentioned in the same breath as Ronaldo over the past few seasons.

Again, the Parc des Princes could have welcomed the Portuguese megastar this summer, until Lionel Messi’s shock departure from Barcelona threw a spanner in the works.

Within days of Messi’s tearful farewell press conference, he was in training for PSG preparing to form a timeless front three with Neymar and Mbappe.

Believed to be picking up around £1m-a-week in Paris, the wage bill is now bursting at the seams, leaving no room whatsoever for the likes of Ronaldo.

Finally, a sensational return to United has long been dreamt off by the Old Trafford faithful, and perhaps by the player himself.

However, this summer was not to be the time, with the Red Devils prioritising other areas in the squad and (attempting) to secure the future of Paul Pogba.

All being said, it looks as though Juve may be stuck with Ronaldo for another season, which is both a blessing and a curse.

The blessing is his rampant goal-scoring, leaving the league’s top frontmen in his wake last campaign with 29 Serie A goals, five more than Romelu Lukaku.

Ronaldo already has over 100 goals for the Bianconeri since signing in 2018, and his scoring rate shows no sign of slowing down for the coming season.

However, his extortionate wages leave returning boss Massimiliano Allegri barely any room to work with when it comes to bringing in his own signings this summer.

Manuel Locatelli and Miralem Pjanic have both been touted as Juve targets, although Ronaldo’s troublesome situation ultimately risks putting those pursuits to bed.