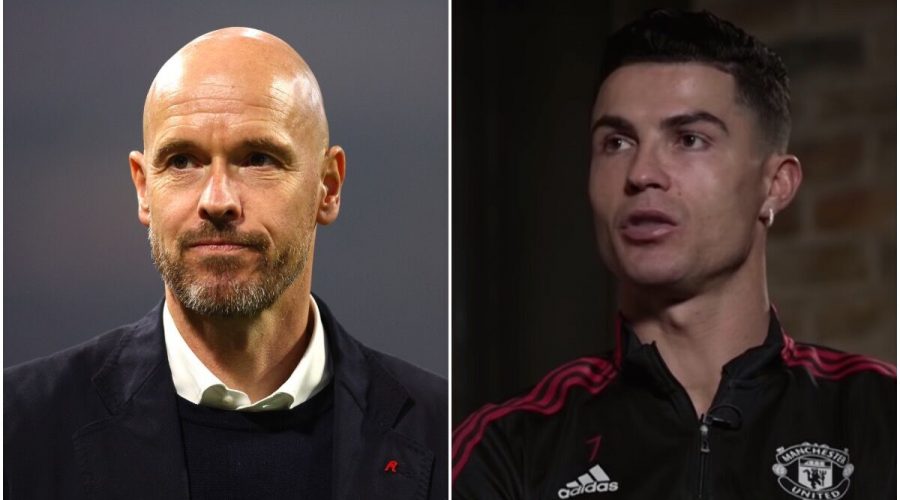 Ahead of Erik ten Hag’s arrival at Manchester United, Cristiano Ronaldo has issued the club and its fans with a warning: the Portuguese superstar has demanded the Dutchman be given “time”. However, the 37-year-old’s plea is one we’ve heard before at Old Trafford and it didn’t go so well last time around.

Speaking to the club’s website in anticipation of Ten Hag’s arrival come the end of the current campaign, Ronaldo lauded the incoming United manager, but his words came with a request. “I know that he has done a fantastic job at Ajax, and that he is an experienced coach, but we have to give him time,” Ronaldo told manutd.com.

“Things must change the way he wants. If you do well, all of Manchester United will succeed, so I wish you all the best. We are all happy and excited [with the arrival], not only as players, but as fans as well. We have to believe that next year we can win titles.”

In order for United to revisit their glory days of yesteryear, not only do the club need to heed Ronaldo’s advice, but they also must learn from their mistakes of the past. Calls for a new manager to be given “time” are ones we’ve heard before at Old Trafford, by none other than Ronaldo’s mentor Sir Alex Ferguson.

Upon retiring back in 2013, almost nine years ago to the day, the legendary Scot delivered an eerily similar message in his famous farewell speech. Back then, Ferguson called for the club and its fans to stand by incoming manager David Moyes, just like they stood by him during his early days of darkness.

Ferguson implored: “I’d also like to remind you that when we had bad times here, the club stood by me, all my staff stood by me, the players stood by me. Your job now is to stand by our new manager. That is important.”

Not important enough apparently. The club’s patience with Moyes ran thin a mere 10 months into his ill-fated tenure as Ferguson’s words were promptly dismissed and the dawn of United’s demise arrived.

Almost exactly nine years on, Ronaldo has fired United with a strikingly similar warning and the Red Devils simply must learn from their previous mistakes. Moyes has gone on to recover and rightfully redeem his reputation with West Ham, while United have spent the majority of this season scrambling around to identify for the next man tasked with filling Ferguson’s shoes.

Ten Hag is the latest to take up the mantle and his work at Ajax has proven that when backed, he can deliver success both domestically and on the European stage. The Dutchman’s arrival once again offers the opportunity to hit the reset button at Old Trafford, but should the club fail to change their ways and learn from the past, they can expect to continue to find themselves trapped in their current cycle of failure.

United ignored the advice of the greatest manager in the club’s illustrious history nine years ago. Perhaps now, after years in the wilderness, United will acknowledge the same warning from one of their greatest ever players. They do say second time is a charm.