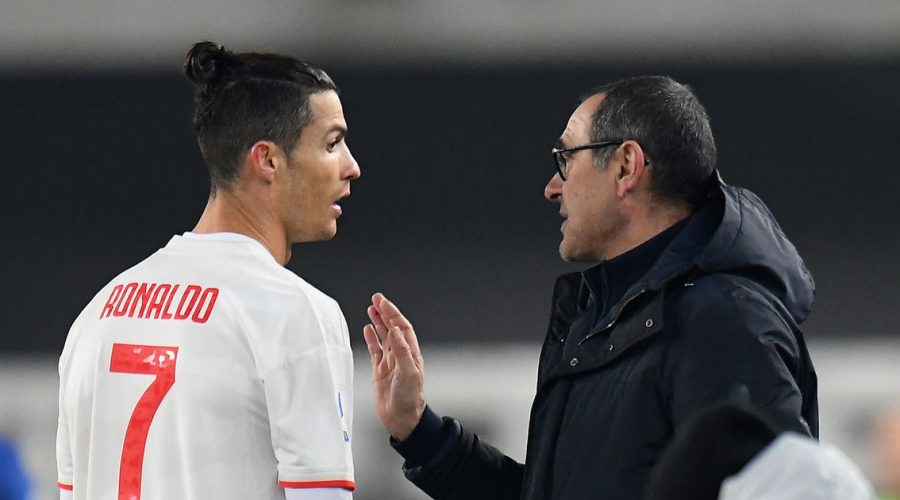 Cristiano Ronaldo was difficult to manage because he is a "multinational company" whose interests "go beyond what is normal", says former Juventus boss Maurizio Sarri.

Sarri spent the 2019/20 campaign with Ronaldo at Juve, getting their hands on the Italian title together before the former was sacked in August of last year.

Their defeat against Lyon at the last-16 stage of the Champions League sealed the former Chelsea head coach's fate in Turin, with Old Lady chiefs deciding to hand him his P45.

Despite their European woes, Ronaldo still finished the season with 30 goals in Serie A – his highest return since moving to Italy.

However, Sarri still insists it was not easy to manage the Ballon d'Or legend in his time at Juve.

"Ronaldo's management is not simple, from all points of view," the 62-year-old said in an interview with Sport Italia.

"He is a multinational company; he has personal interests that must coincide with football.

Do you think Cristiano Ronaldo is the best footballer of all time? Let us know in the comments section below.

"His interests go beyond what is normal, beyond the team or club.

"I am a coach, not a manager. Ronaldo, however, brings the numbers at the end of the year".

Sarri joined Juve after departing Chelsea by mutual consent in the summer of 2019, deciding to leave on a high after winning the Europa League.

He also guided the Blues into the Premier League top four in his one and only season at Stamford Bridge, ensuring they played Champions League football the next season.

But the Italian now admits he made a blunder in leaving Chelsea, adding: “I had more fun at Napoli [than Juventus]. And [also] the last few months at Chelsea.

Sarri has sealed a return to management in Italy, nevertheless, taking the reins at Lazio ahead of the 2021/22 campaign.