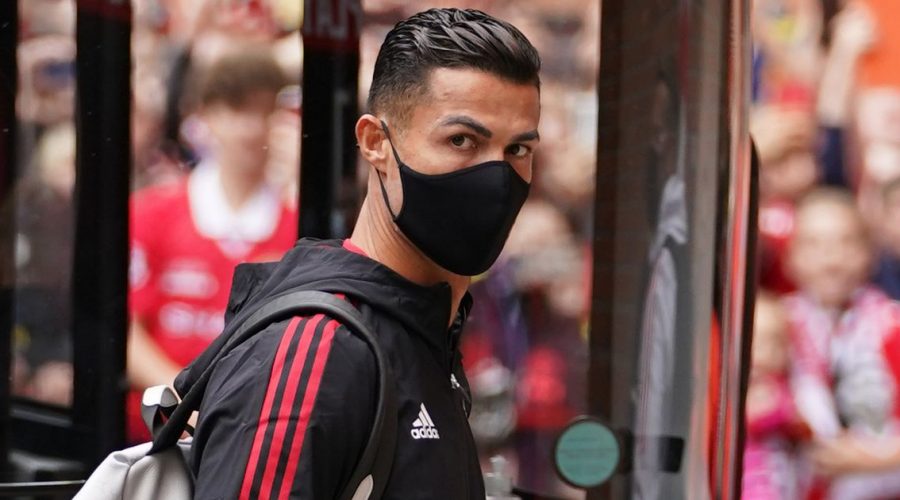 Cristiano Ronaldo has been named in Manchester United's starting line-up for their Premier League outing against Newcastle, with Old Trafford bracing itself for the return of a club legend.

Ronaldo, 36, is back at United 12 years after departing to seal a then-world-record £80million move to Real Madrid.

And Ole Gunnar Solskjaer has wasted no time in bringing the five-time Ballon d'Or winner into his side, handing him a start against the Magpies on Saturday afternoon.

Mason Greenwood and Jadon Sancho have also got the nod upfront alongside Ronaldo, who is expected to operate in between the young duo as a centre-forward.

Nemanja Matic and Paul Pogba line up in the centre of midfield, just behind Bruno Fernandes in the No.10 slot.

Greenwood is expected to start on the right flank, with Sancho on the left and Ronaldo through the middle.

The latter's return of 118 goals in 292 appearances helped United clinch three Premier League titles, two League Cups, one FA Cup and the Champions League in his famous first stint at the club. It also earned him his first Ballon d'Or.

Now he is hoping to write more history at Old Trafford, saying this week: "I'm here to win, to make history.

"I have great memories. We won the Champions League, we won everything here. To be back here again, I'm here to help the team win, to show I'm capable of winning again.

"The new players, the young lads, I think they have huge potential. This is a new time, a new generation, and I'm here to help them win.

"I'm feeling good. People think I've come back here from the heart, blah, blah, blah, but I'm coming to show I'm still capable, to smash it and do my best and show that."

He added: "People speak about my age but they should understand – and they know – that I'm different, I'm different to the rest of the people."

"I show off, all the time, year by year, and this year will be the same, I know it 100 per cent and I will do it good, with the boys, my team-mates, and the supporters will be on our side."