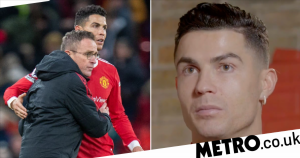 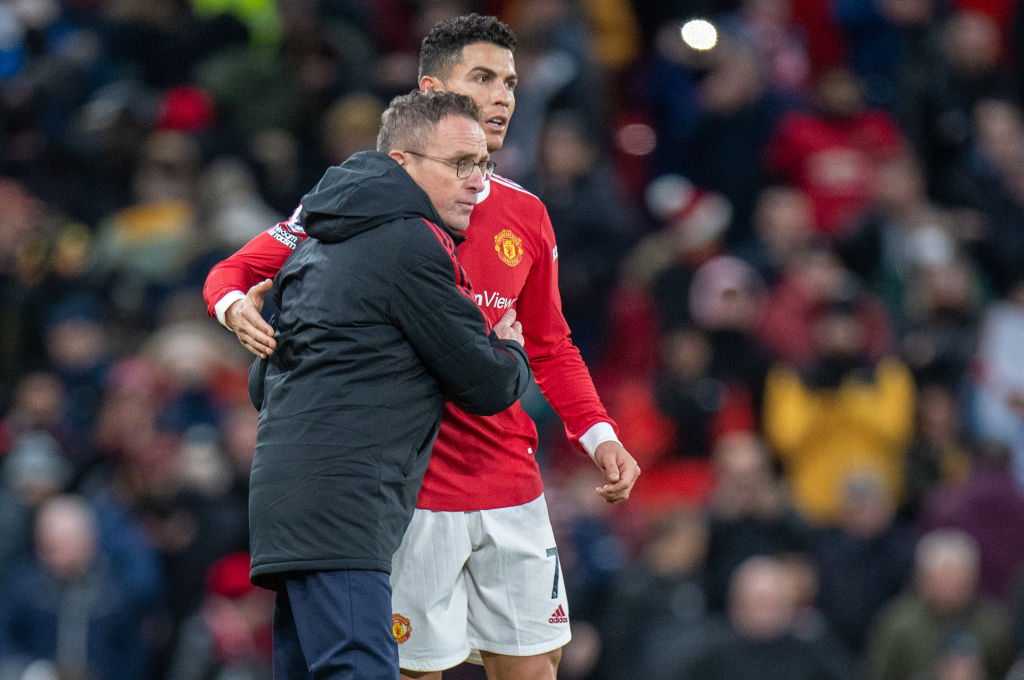 Cristiano Ronaldo says Ralf Rangnick has done a ‘good job’ at Manchester United and believes the German needs to be given time in order for his ideas to come to fruition on the pitch.

Rangnick oversaw back-to-back Premier League wins over Arsenal and Crystal Palace after taking over the reins from Ole Gunnar Solskjaer as interim boss back in November, but results and performances have been mixed in the weeks that have followed.

The Red Devils find themselves languishing down in seventh place in the Premier League table after falling to a disappointing 1-0 defeat at home to Wolves and there are reports some squad members are unhappy with Rangnick’s methods.

As it stands, United are not expected to make Rangnick’s deal permanent in the summer and the search has resumed for the club’s next permanent manager, with secret talks underway to hire long-term target Mauricio Pochettino.

However, it’s clear Ronaldo is enjoying his time under Rangnick, despite initial question marks surrounding his role in the German’s high-pressing system.

‘He arrived five weeks ago, he changed many things, but he needs time to put his ideas to the players and on the pitch as well. It takes time,’ the five-time Ballon d’Or winner told Sky Sports.

‘But I believe that he is going to do a good job. We knew that we don’t play the best football as we should do, but we have many games to improve.

‘Since he arrived in some points we are better, but as I said before, you need time. It’s not that easy to change the mentality of players, the way they play, the system and the culture.

‘So I believe that he is going to do a good job.’

Ronaldo feels togetherness will be key if United are to enjoy a successful end to the season under Rangnick.

‘We have to be together, we are in the same boat. We knew since the beginning that it will not be easy,’ the veteran Portugal attacker added.

‘It’s a new year and we have to believe that it’s possible, but, as I mentioned before, we have a long way to change.

‘But I believe that we’re going to do a good season.’

Though United’s squad have faced heavy criticism for a perceived lack of desire and commitment in recent months, Ronaldo is adamant they have what it takes to ‘achieve important things’.

‘It’s difficult, to be honest. When you change so much it’s always tough. But I still believe that we are capable of doing a good season,’ he went on.

‘We knew that it was going to take time to make the ideas of the new coach on the pitch. It’s not that fast.

‘We know that we are not in the best moment, but I believe by working hard we can achieve important things, even this year.’