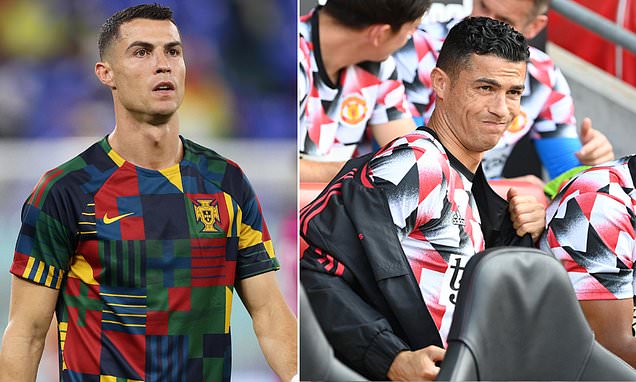 Fernando Santos’s team begin their World Cup campaign against the African nation at 4pm (GMT) at the 974 stadium in Doha.

And on the official teamsheet published ahead of kick off, Ronaldo’s name was listed with his club labelled as ‘N/A (Free Agent)’. 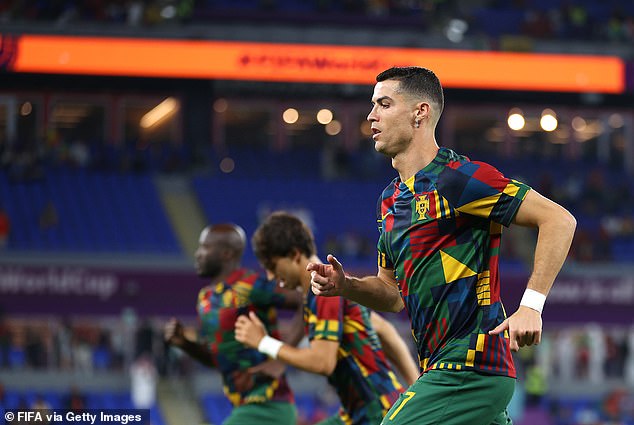 Next to Ronaldo’s name, where the club had to be listed, it merely said: ‘N/A (Free Agent)’

It comes after it was announced on Tuesday that he left Manchester United by mutual consent following his explosive interview with Piers Morgan last week, where he heavily criticised various aspects of the club, including Erik ten Hag, who he claimed he ‘didn’t respect’.

Ronaldo, who is Portugal’s captain and their all-time record goalscorer with 117 goals, in 191 appearances, will be keen to make an impact in Qatar to boost his prospects of securing a Champions League club after the tournament.

He has been a key player for his country ever since he made his debut back in 2003 – but has struggled for form this year, scoring just two times in seven international appearances.

He also failed to make an impact for Manchester United with one goal in 10 Premier League games this season, before his dismissal on Tuesday.

Fans were quick to react to the rather bizarre looking teamsheet, where every other player had their club listed.

Another eagle-eyed Twitter user was quick to point out that on the official FIFA coverage of the game, the graphics had been updated with Ronaldo’s current club listed as ‘unattached’. 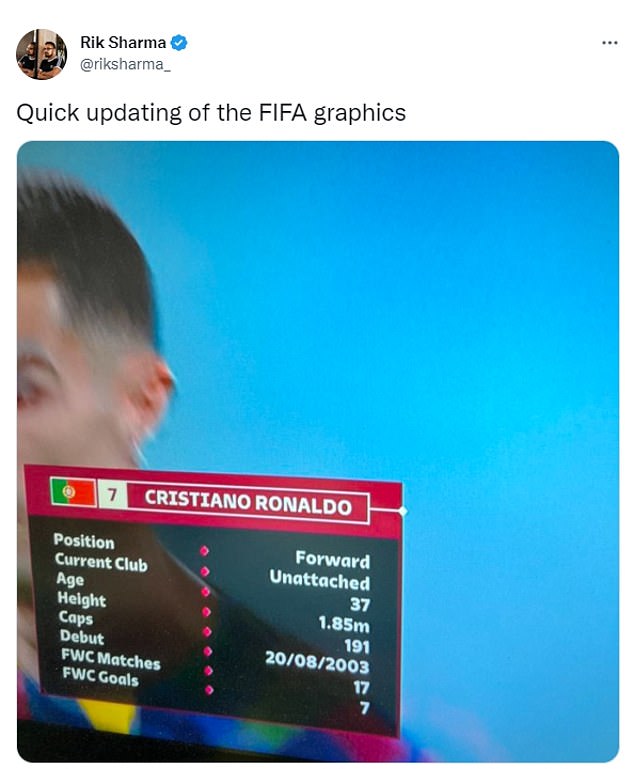 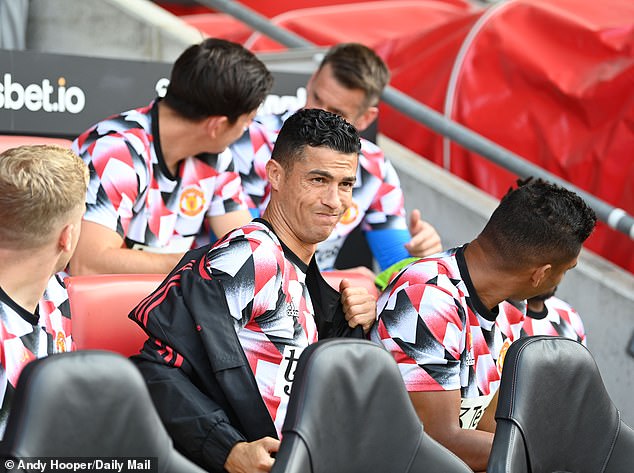 It is a huge surprise to see a big name for a major nation as a free agent at the World Cup but the Portuguese captain isn’t the first player to represent their country at the tournament without a club.

Argentinian icon Diego Maradona played for his country at the 1994 World Cup while he was a free agent having left Newell’s Old Boys in his homeland.

He was sensationally sent home from the tournament however after failing a drugs test after just two games.

Zinedine Zidane had also retired from club football ahead of his final hurrah at the 2006 World Cup, while Frank Lampard went to the 2014 World Cup weeks after ending his 13-year stint with Chelsea.

November 24, 2022 Soccer Comments Off on Cristiano Ronaldo listed as a FREE AGENT by FIFA on official teamsheet
NFL News