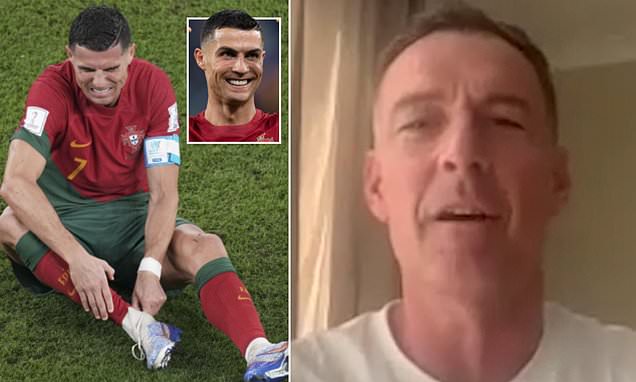 Cristiano Ronaldo is a CHEAT who is setting a terrible example to young kids – his dive in Portugal’s win over Ghana was ‘bang out of order’, Sportsmail’s Chris Sutton tells WORLD CUP CONFIDENTIAL

Chris Sutton has branded Cristiano Ronaldo as a ‘cheat’ after accusing him of diving to win a penalty in Portugal’s win over Ghana at the World Cup on Thursday.

Speaking after Ronaldo went down under a challenge from Mohammed Salisu -before getting up and converting the spot-kick in a 3-2 victory – Sutton said the Portuguese star was ‘out of order’.

Daily Mail columnist Chris Sutton was speaking as part of Sportsmail and MailPlus’s daily videocast ‘World Cup Confidential’. It appears on MailOnline every morning of the tournament and can be found on our YouTube channel.

November 25, 2022 Soccer Comments Off on Cristiano Ronaldo is a CHEAT who is setting a poor example to kids
NFL News