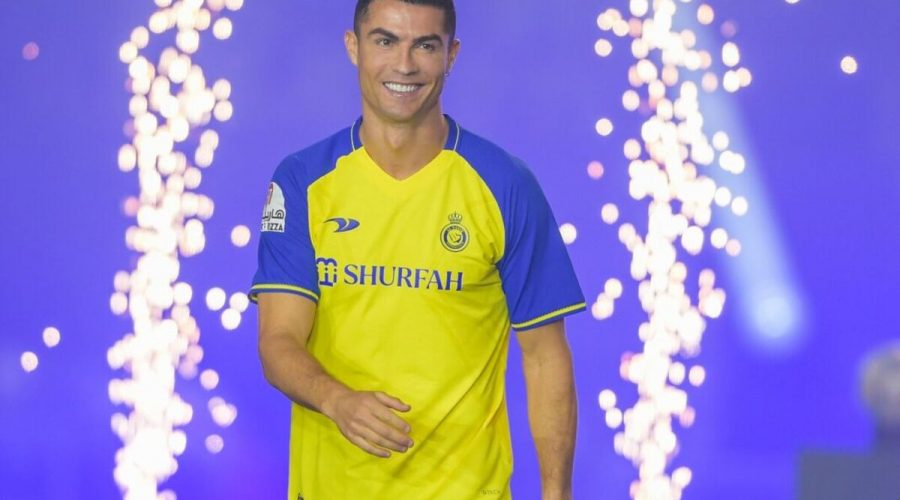 Football clubs are putting increased focus on their transfer unveilings as they seek to take advantage of the huge marketing opportunities they can bring. However, they do not always go to plan – as the likes of Cristiano Ronaldo and Martin Braithwaite know too well. With the transfer window in full flow, Express Sport takes a trip down memory lane as we look back on some of the worse unveilings of all time.

We don’t have to go back very far for our first one after Ronaldo made a major gaffe after he was announced by Al-Nassr, suggesting he thought the club was in South Africa.

Speaking during his first press conference the 37-year-old said: “The football is different, so for me, it’s not the end of my career to come to South Africa. This is why I want to change, and to be honest I’m really not worried about what people say.”

It was quickly picked up on by fans in what would have been an embarrassing start to the Portugal captain’s spell in the Middle East.

Ronaldo is not the only player to have misspoken during his unveiling, with Robinho making the worse move of getting his new club’s name wrong. The Brazilian stated he had signed for Chelsea in a poor start to his career in the Premier League.

“On the last day of transfers, Chelsea made a good offer for me personally, and good for Real Madrid, and it was accepted,” he said before his mistake was highlighted. “Chelsea? No, Manchester. Sorry.”

JUST IN: Spurs fans have every right to feel furious after Arsenal vs Man Utd

Soldado’s time at Tottenham was characterised by his ability to find the stands more often than the net but this was a skill he couldn’t even manage on his return to Spain with Villarreal.

The striker was tasked with kicking balls to those watching on in the stands but he failed to find them twice in a moment he will not look back on fondly.

Theo Hernandez at Real Madrid and Martin Braithwaite at Barcelona

Staying in Spain, the two biggest clubs in the country have also had their share of mishaps when unveiling new stars. First, Hernandez failed to make a good impression on his first appearance in front of fans. The left-back attempt some keepy ups with all the grace of a donkey on ice before giving up to just wave at onlookers instead.

Braithwaite’s unveiling at Barcelona was possibly worse as he repeatedly tried and failed to complete a rainbow flick before resorting to just dribbling around. One saving grace for the former Middlesbrough was the fact he joined in 2020 with the Camp Nou left empty due to the Coronavirus enforced lockdowns in Spain.

Speaking of ex-Middlesbrough men, the north-east side’s unveiling of Robson must go down as one of the stranger attempts. The Englishman became player-manager at Boro in 1994 with the club insisting that he posed for pictures in a half suit, half kit combo with the results somewhat disturbing visually.

Check it out for yourself…

Maxwell Cornet at Burnley and Kieran Trippier at Newcastle

The two Premier League stars made similar mistakes last season with both missing their new clubs’ badges as they tried to point to them for pictures.

Cornet went first after his arrival at Burnley in the summer, pointing to shirt manufacturers Umbro rather than the club crest. In contrast, Trippier just missed completely, bizarrely pointing to his armpit instead.

Finally, we have Deulofeu’s arrival at Everton after the Spanish winger made the move to Goodison Park in 2013. While the player himself made no mistakes, the club shop did, spelling his name wrong. Supporters looking to buy his shirt received a ‘Deufoleu’ option instead.

In fairness, the 28-year-old’s name is not the easiest to spell but it would not have been the best welcome for their new signing after his arrival from La Liga.